He has won the Bathurst 1000 from last, now Chaz Mostert will start the Great Race at the front of the grid.

The Walkinshaw Andretti United star claimed pole after producing the fastest ever time around the famed Mount Panorama circuit during the top-ten shootout.

Mostert will be aiming to secure his second win in the 161-lap classic as he partners with popular veteran Lee Holdsworth for Sunday’s race.

No matter what happens, it will take something extraordinary to top the dramatic events of 2014 when Mostert was driving a Ford.

Mostert entered Bathurst 1000 folklore by snatching victory after starting the race from 25th and last on the grid to salute as a 22-year-old. 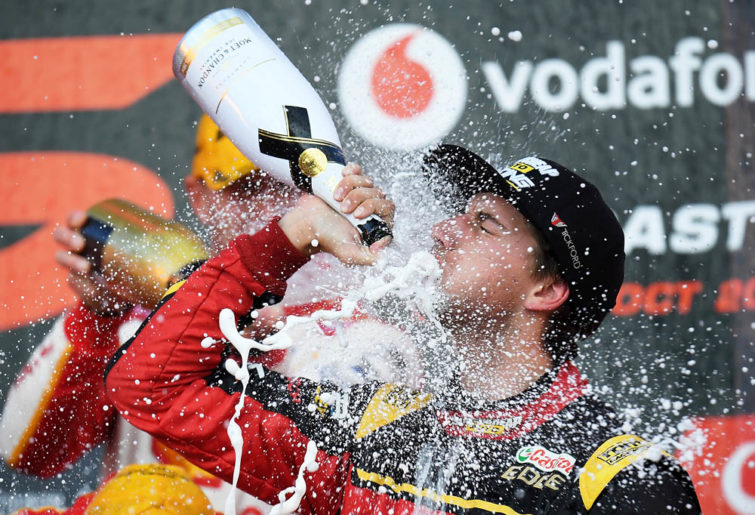 This time he will have Holdsworth in his corner for a shot at glory.

In his 18th-straight appearance in a Bathurst 1000, Holdsworth knows this is his best chance to be crowned champion.

“I certainly think we’ve got one of the better cars out there so we’re in a pretty good position,” Holdsworth said.

“We’re both comfortable in the car and we’ve both confidence in it.

“It’s not necessarily the fastest car that wins around here though.”

Defending champions Shane van Gisbergen and Garth Tander will start from seventh but did manage to secure last year’s win from fourth.

Van Gisbergen’s Red Bull Ampol teammate – and soon-to-be boss – Jamie Whincup will be back in 11th on the grid after missing qualifying for the shootout in his final drive before retirement.