Arriving at a suburban hotel last week, taking a seat at a quiet table opposite Mr Orange, I wondered if the meeting was a reprise of the Tarantino classic, Reservoir Dogs?

Was I supposed to have my own code name? Would Steve Buscemi let me borrow Mr Pink, perhaps?

Thankfully, he was happy to call me by my real name and we got down to talking; not about jewellery store heists, but rugby. In particular, rugby pathways.

Jimmy Orange is a man on a mission. Hawkes Bay-born and raised, Otago University-educated, Orange is at the heart of Melbourne’s exciting development of local rugby talent, and he’s doing it by redefining the way young high school players are retained in the game, nurtured through to club rugby and, for some, into their first potential contracts.

Orange is the founder of Academy Movement, a fledgling business designed to assist state schools to start and maintain sports academies. A science teacher by trade, Orange believes he has tapped into a model that provides participating schools and their students with winning outcomes – engaging the students academically and through success in sport.

“My first teaching jobs were in underprivileged schools; extremely challenging environments, where I learnt that the best way to keep kids at school, and keep them engaged, was to foster a culture of belonging, and to create something that the students, and the school, could feel proud of.

“It was one thing to be coaching rugby at the school, but it was apparent to me that if I could put some structure around it, the potential benefits could be much greater and longer-lasting,” he explained. 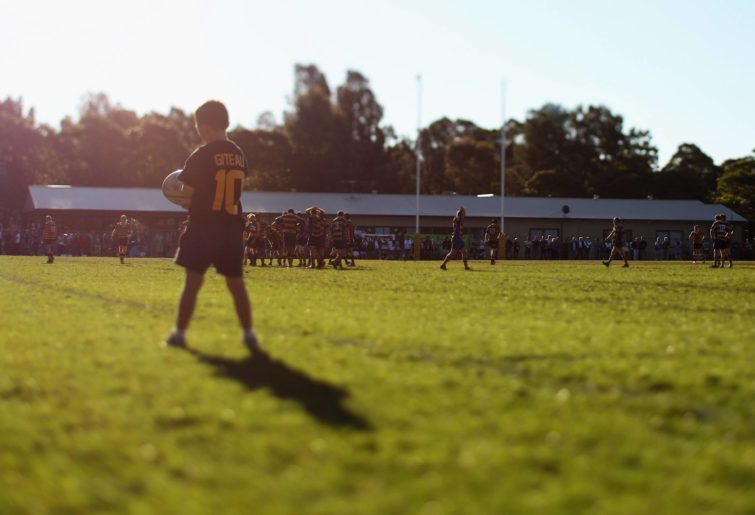 In 2015, with Orange teaching at Fountain Gate Secondary College, in Melbourne’s south-east, the first rugby academy was born, with 30 students involved. By 2019, that number had become 120, split equally between boys and girls.

Baked into the school curriculum, the students do skills and fitness training together, classwork together, then split into gender teams for contact and team training.

“Before our program was introduced,” Orange says, “it was common for many Maori and Pasifika students to opt out of VCE. The retention into year 12 has been huge, and we’re now seeing some of these kids go on to university – which would have been unheard of previously.

“For others, the key has been to provide the students with a sense of positive cultural attachment and, along with that, heightened self-esteem, which has opened up a range of vocational choices.”

The numbers make for impressive reading. Prior to the academy, 14 per cent of Fountain Gate students with a Maori or Polynesian background commenced a VCE course in year 11. By 2019, this percentage had grown to 90 per cent and is being maintained.

The other important pathway – into club rugby and a potential professional rugby career – is also bearing fruit. The emphasis is on continuing participation, with club rugby an obvious beneficiary, in terms of playing numbers, player quality and a geographic broadening of the club base in Melbourne.

What is also apparent is that the program breeds loyalty in the participants; to each other and to rugby. That’s almost certainly because the program is no token, flag waving exercise, aimed at pumping up participation numbers for an annual report.

The quality of the coaching provided, framed within a developing rugby culture is crucially important. That’s also an important retention factor for when rugby league scouts come looking, to try to pick off the best talent.

The flag-bearer for the academy to date is promising Rebels lock, and 2020 Wallabies squad member, Trevor Hosea. But he isn’t short of company.

In addition, two female graduates, Utumalefata Eli and Tyra Boysen, have been contracted by the Rebels Super W side.

Last week, Orange confirmed that Melton College – located on the opposite flank of Melbourne’s sprawling metropolis – had formally signed with Academy Movement, with their academy to come on line in 2022.

It’s another school with significant Maori and Pacific Islander enrolment, where interest in rugby is already strong.

“I’ve got really high expectations for this one,” says Orange. “It’s obvious that there are some great athletes coming through, there’s a real passion for rugby and, looking to the future, I can see the establishment of a massive rivalry between Melton and Fountain Gate.”

What about other schools?

“There’s strong interest from a number of schools and we’re hopeful of adding some of them to the program next year,” Orange explains. “As always, the issue is money, and it takes a brave principal to invest into a sports academy, when funds are scarce in the state system, and there are so many other competing priorities.

“The trick for us is to demonstrate quantifiable results on the academic side, and overlay that with the improved behavioural and cultural outcomes, and the retention of these kids at school for longer, and to show, on top of what the academy does in terms of lifting the sporting reputation of the school, how it’s a winner for them.

“Delinquent and disengaged students cost schools a huge amount of money. The academy takes all of the heavy lifting off them, and we help source suitable teachers with strong rugby coaching backgrounds, to run the program in-house,” he concludes.

Note that all of these schools are in the public system. Orange respects the right of private schools to pursue their own rugby programs, although is a believer that some crossover fixtures would benefit all parties.

“The two-speed system is a frustration, for sure,” he says.

What he doesn’t say, is that there is a sense that where previously, private schools might have avoided playing state schools because they were deemed unworthy, soon, the reason might be because they will be too strong.

As one would expect, both Rugby Victoria and the Melbourne Rebels are very supportive, with the Rebels helping provide kit for the participants. It’s a small but important gesture, which not only helps underpin a supporter base for the Rebels, but serves as a tangible way of bringing community and professional rugby closer together.

Additionally, Academy Movement received a $10,000 donation from the Rugby Club of Victoria, an organisation whose membership comprises rugby tragics determined to foster the growth of the sport in Victoria. The award was announced in between lockdowns, earlier this year, at a member lunch where I could swear, that when I stumbled out, Melbourne was in the midst of a mid-afternoon solar eclipse, not that it was already dinner-time.

Talking to Orange, his enthusiasm and vision is obvious. All of which beggars the obvious question; why isn’t this being replicated in state schools in other states? Particularly in western Sydney?

The answer is two-fold. Like many small businesses, COVID applied a handbrake to Orange’s plans to scale the business up, to a point where it doesn’t rely on him to be intimately involved in each school program. And, unsurprisingly when it comes to rugby and Australia, there is never enough money.

In a perfect world, every state rugby union would be invested in Academy Movement, as a complement to the work done by their own development officers. That’s happening to an extent in Melbourne, where the best players are concurrently involved in the school academy program as well as the state representative sides.

Nevertheless, the obvious need is to have the program broadened, across a wider school base.

For this to happen, it would require a coordinated approach, involving political lobbying and a constant presence, in the face of stiff competition from other sports like AFL, rugby league and soccer. 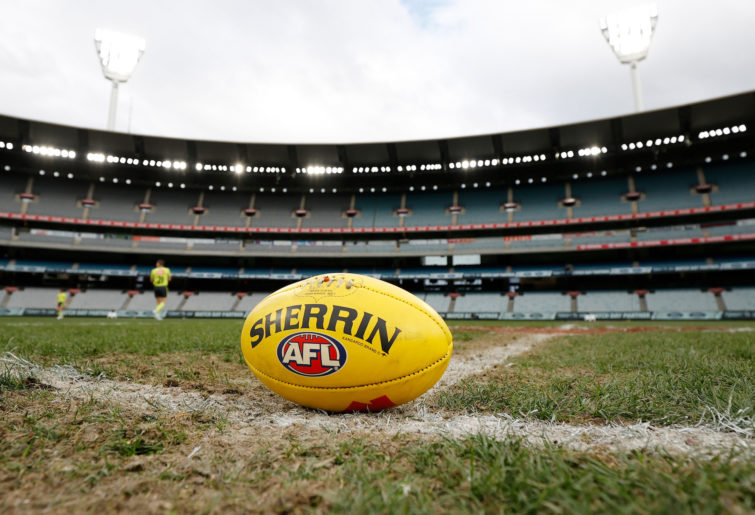 Rugby Australia board member Phil Waugh is known to be supportive of the academy concept, but because community and schools rugby fall under state administration, in the absence of any clear directive and resources input from above, it is too big a task for Orange to make inroads with every state union.

There isn’t a person interested in Australian rugby who doesn’t understand or want to see grassroots rugby properly resourced, so that a sustainable supporter and player base is assured for the future, at all levels of the game.

For what they are, one-off clinics, where kids are exposed to rugby for the first time, are useful, but they are neither a true indicator of real participation and engagement, nor are they a realistic base from which to provide the kind of outcomes seen at Fountain Gate Secondary College.

With respect to Sydney, despite the efforts of some individuals, pathways are either muddy or non-existent. It is as if any player who does come through school in western Sydney, into a professional rugby contract, does so in spite of the system, rather than because of it.

The answer must be to imbed rugby into school curriculums, and bring players – girls and boys – through in large batches. In turn, this ensures strength in numbers for local clubs, as opposed to the frustration of seeing players picked off either by rugby league, or a cabal of Shute Shield clubs, some of whom who place their own interests ahead of the overall development of the game.

In terms of the development of rugby in western Sydney, the New South Wales Rugby Union is effectively a failed state.

Assuming that the administration is capable of being honest about their failings, they could do a lot worse than learning from Orange what it takes to get kids from state schools not only playing rugby in numbers, but to a level where many will achieve higher honours.

Meanwhile, there are still many people who – four years after the Western Force were axed from Super Rugby – don’t understand why Rugby Australia bothers to try to maintain a rugby presence in the staunch AFL city that Melbourne is.

The answer is that it should never have been about Perth or Melbourne. A strong rugby community in both states is vitally important, to add to the existing strengths of Queensland, New South Wales and the ACT, not to feed their strengths.

For the final Wallabies Test match for the year, against Wales, all three starting loose forwards – Rob Leota, Pete Samu and Rob Valetini – were born in Melbourne. Melbourne-born and developed players also appeared for Scotland and Tonga over the autumn.

Local players, Hosea, Pone Fa’aumausili and Jordan Uelese remain on the fringes of Wallabies selection. That’s not a flood of players by any means, but it’s more than a trickle, with every likelihood of it turning into a stream, as more academies come on board.

Like all good Tarantino movies, Reservoir Dogs came complete with a snappy soundtrack, with the most distinctive song from the film being the 1972 Stealers Wheel hit, ‘Stuck in the Middle With You’.

There’s a lyric in the song, ‘Well you started out with nothing, and you’re proud that you’re a self-made man’. Jimmy Orange is all of that.

If Australian rugby can bear just one more New Zealander helping out, Academy Movement might yet have an important role to play in the establishment of fruitful, sustainable pathways for prospective young rugby talent.