Probably the most anticipated and talked-about series between the Old Enemies since 2005-06, the series after England had finally regained the urn in that famous 2005 series.

The lead-up to this series has had everything: England threatening to pull out of the tour due to COVID restrictions, Australian coach Justin Langer under fire from within – calling his tenure with the team into question – and a sexting scandal causing Australian captain Tim Paine to resign from the captaincy and then take a leave of absence from the game itself.

Australia will trot out a fast bowler as captain for the first time since 1956 when Ray Lindwall was at the helm.

Ben Stokes has gone from no chance to a possibility to returning like a knight in shining armour to boost the hopes of the English.

The T20 World Cup has meant that a large portion of Australia’s line-up and a few from England have had virtually no red-ball cricket to prepare for the series. Ex-players have come from far and wide to offer opinions on the make-up of the potential Australian XI and Shane Warne, of course, has had his bi-annual shot at Mitchell Starc and furthered the Mitch Marsh campaign.

The whole lead-up to the series has been exhausting but we are finally here – there is nothing left to do now but get out there and play cricket and see which side is going to come out on top.

Australia will head into the Ashes as favourites, having the home conditions on their side. 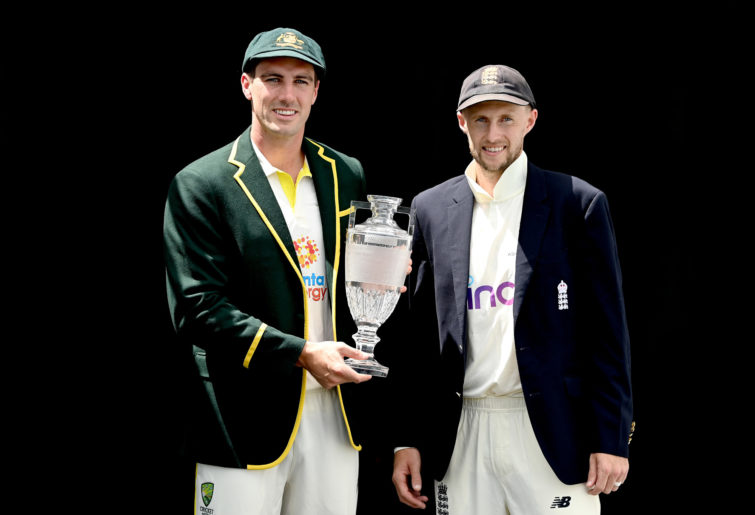 Will Pat Cummins be victorious in his first Test series as captain? (Photo by Bradley Kanaris/Getty Images for Cricket Australia)

They are not without some sizeable chinks in their once intimidating aura. They have lost two Border-Gavaskar Trophies in three summers and India were far from full strength in the last series. The once overwhelming infallibility of the Aussies on their home tracks is a thing of the past.

Australia are not close to battle tested, their last Test match being the defeat at the Gabba at the hands of Indian in January. England, on the other hand, have had plenty of cricket over the course of the year to prepare them for the contest ahead.

There are plenty of question marks over the Australian side.

Marcus Harris has been given the green light to open for the series despite failing to convert an impressive domestic resume into international runs in two previous stints in the side. The No.5 position has been vacated by Matthew Wade and looks to be filled by Travis Head, who himself has struggled at international level at times, despite being one of the dominant forces in Australian domestic circles.

Alex Carey will get a chance to debut after Tim Paine stepped away from the side but has been short of long-form runs so far this Sheffield Shield season.

Mitchell Starc has held off the red-hot Jhye Richardson to get first crack at the Poms at the Gabba but he has been in the firing line after a disastrous summer last year and a far-from-brilliant white-ball stint in the Australian side. There have been flashes of the old Mitchell Starc but nothing consistent.

Can Starc get back to his best form? (Photo by Bradley Kanaris/Getty Images)

Despite all of this, the Aussies are favourites and will be looking for Marnus Labuschagne and newly-appointed vice captain, Steve Smith, to continue plundering runs against the likes of James Anderson and Stuart Broad for another summer.

Smith has averaged over 100 in the last two Ashes series and scored six hundreds in nine Tests he has taken part in. How he performs in this series will go a long way towards determining who will hold the urn aloft at whichever venue will eventually host the fifth Ashes Test.

England haven’t exactly had an easy time leading into the series. India handed them a series defeat both on the subcontinent and they had the series well in hand before a COVID scare brought the tour to England to a close. New Zealand also took a 1-0 series win England as well.

Root is going through the best patch of his career but he has a poor record in Australia and will need his teammates to do their fair share if they are to knock over the Australians.

England also boasted a plan to take a battery of fast bowlers down under, however, after a string of injuries ruling players like Jofra Archer out of the series, that battery was reduced to Mark Wood being the sole speedster at Joe Root’s disposal.

Instead, their attack will resemble the attack that struggled to take wickets on the 2017-18 tour. Ollie Robinson is a good addition to the side and should prove a handful on the harder, quicker Australian pitches but you can’t help but shake the feeling that the attack will struggle to take 20 wickets in conditions where swing isn’t likely to play a huge part.

England missed a trick not selecting leg-spinner Matt Parkinson in their squad.

With Anderson, Broad and Robinson the likely bowlers to make up their attack and all being bowlers who will rely on being disciplined and bowling a nagging line, Parkinson would have been the perfect addition to balance the attack and really go on the offensive with the ball, especially against an Australian side with a propensity to struggle against good spin.

By selecting Jack Leach as the spinner, England will have four bowlers who work best trying to dry the runs up but not necessarily make too much headway in the wickets column in Australian conditions.

England’s batting has also come under fire, though recently they look to have stabilised some of that with the additions of Haseeb Hameed and Dawid Malan into the top order and Ben Stokes’ timely return to add some firepower and stability to the middle order. 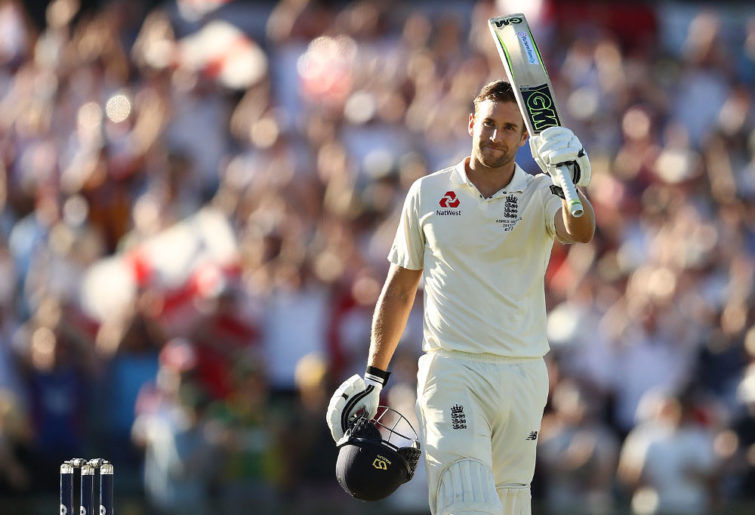 While they look to have improved, Joe Root is the only player in the line-up who can boast a Test batting average over 40 and Ben Stokes the only other player with an average over 35. Coming up against an Australian attack with a point to prove after failing to bowl out India in consecutive fourth innings will be an arduous task.

While his position in the side has been questioned by Warne, if Starc is to make a mark in this series the Gabba and the pink-ball Test in Adelaide are when he’ll have his best chance. So while Jhye Richardson is nipping at his heels, the decision to go with the incumbent is understandable.

Although, George Bailey and co. surely have to be aware of Starc’s habit of fading as a series progresses and if he doesn’t get it right early in the series, they need to move on from him quick. I’m afraid after the last summer he has spent the goodwill he may have had in the bank; Starc needs to produce and produce from the outset.

Joe Root has still kept the make-up of his side hidden from the media, so here is a potential XI that would be worth consideration.

In the quick, bouncy conditions the Gabba offers and the difficulties Jack Leach will have adapting his skill set to Australian conditions I don’t see him being more valuable than the extra quick.

England need to come out and give the Australians a bloody nose in the first Test. If Cummins and the rest of the Australians get off to a big win at the Gabba it will suck the life out of the English.

The best chance England have to force an upset at the Gabba is to get their quickest bowler in there and let him loose. I can’t see the Gabba being a wicket that will encourage spin and, should it be required, Joe Root has shown he is more than capable of offering a few overs to help spell his quick bowlers.

Overall, I think the Australians will be too much again for the English, buoyed by a World Cup success and determined to right the wrongs of last summer. Coupled with question marks over the English top order, the Aussie should win comfortably.

But with the timely return of Ben Stokes, Joe Root’s incredible form and the lack of red-ball cricket played by the Aussies this year, it’s never been a better time for England to win not only their first Test in Australia in nearly a decade, but also their first series.

One thing is for certain: we are in for one exhilarating summer of cricket.