Sydney Uni Flames fans, it is time to dust off your parachute pants, because it is Hammer time.

No, not MC Hammer but Australian basketball legend Shane ‘the Hammer’ Heal, who has been announced as the new Flames coach. Apologies to MC Hammer, who apparently doesn’t like Hammer pants being called parachute pants but that is what I have always called them. Joining Heal as an assistant coach is Australian basketball Hall of Famer Shelley Gorman.

Coach Heal is not the only S Heal joining the Flames this season, with his daughter Shyla Heal rekindling memories of the South East Queensland Stars when Shane was coach and Shyla was a development player. Heal was drafted at number eight in this year’s WNBA draft by Chicago. Despite being waived early in her first season with Chicago, at the age of 20 the sky’s the limit for Shyla.

Departures
The Flames will miss the experience of Alison Schwagmeyer-Belger, who averaged 13.3 points, 5.7 rebounds, 3.0 assists and a league-high 2.2 steals per game in the 2020 WNBL season. Schwagmeyer-Belger has joined Montana 2003 in Bulgaria.

Another 2020 league leader Anneli Maley has left the Flames to join the Bendigo Spirit. Maley led the league in rebounds with an average of 12.1 rebounds per game. The Flames will miss the energy and enthusiasm of Maley, particularly when chasing loose balls.

Experienced centre Natalie Burton has retired from the WNBL and has returned to the Perth Lynx as an assistant coach.

Another tall Lauren Scherf, who has previously played with the Dandenong Rangers and University of Canberra Capitals, has also headed west to play with the Perth Lynx. Scherf averaged 11.0 and 7.2 rebounds for the Flames in the WNBL 2020 hub season. 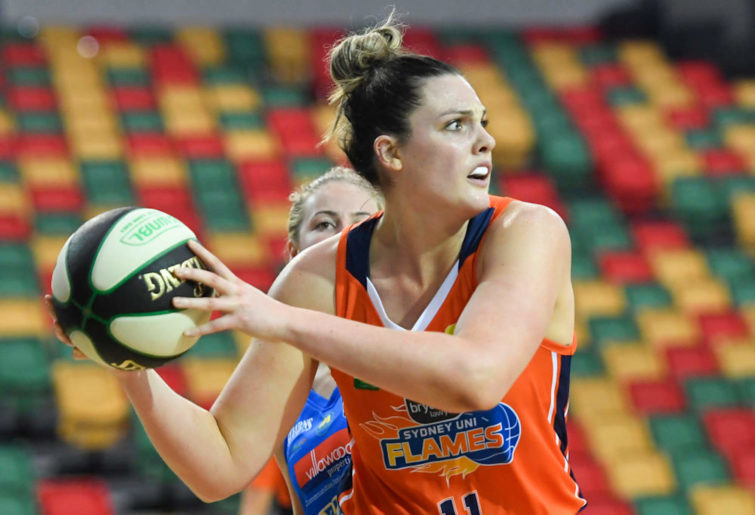 Twin sisters Carly and Christina Boag are both departures for the 2021-22 season. Carly has signed with the Bendigo Spirit. Shanae Greaves, Maddie O’Hehir and Maddie Norris will also not return for the Flames.

Returning players
Co-captain Lauren Mansfield has extensive experience in the WNBL with the Adelaide Lightning, South East Queensland Stars, University of Canberra Capitals and Perth Lynx. Mansfield will reunite with her Stars coach Heal. Mansfield won a silver medal as part of the Opals team at the 2017 FIBA Asia Cup. In her first season with the Flames she averaged 14 points and 4.5 rebounds per game.

Kiera Rowe spent three seasons at Dandenong Stadium (two with the Dandenong Rangers and one with the Southside Flyers). Rowe represented Australia at FIBA junior events between 2015 and 2017. Rowe – after her first season at the Flames – has re-signed with the Flames for two years.

Sherrie Calleia has signed as a development player. Calleia has played for Hills Hornets and received the coaches award for the Sydney Uni Sparks for the 2018 SEABL season. Calleia has been a long-time member of the Flames’ development squad. 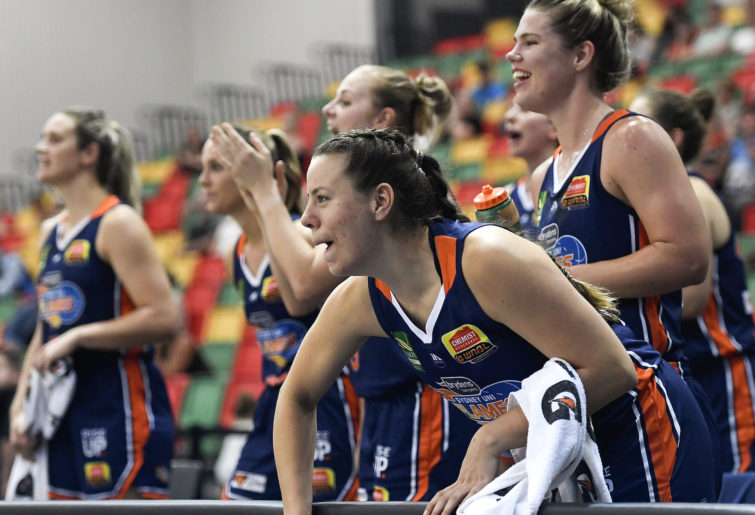 Recruits
As I noted above, Shyla Heal has moved from the Townsville Fire to the Flames. Heal averaged 17 points, three assists and five rebounds per game and her 28 points in the preliminary final were instrumental in earning the Fire a three-point victory over the Melbourne Boomers.

Keely Froling joins the Flames after five seasons with the University of Canberra Capitals. Froling was a member of the Capitals’ back-to-back championship teams in 2018-19 and 2019-20. Froling averaged 12.2 points per game and 6.9 rebounds per game in the 2019-20 season.

Froling has been appointed co-captain in her first season at the Flames. Froling has represented Australia’s 3×3 team, played at the recent FIBA Women’s Asia Cup and comes from the ultimate basketball family. Her mother Jenny won four WNBL championships and is a WNBL life member. Her father Shane was a constant in the NBL in the late 1980s and 1990s. Brothers Harry and Sam have also played in the NBL, while twin sister Alicia will be playing for the Capitals in 2021-22.

Import Stephanie Watts played college basketball at the University of North Carolina and the University of Southern California, averaging 14.6 points and 6.54 points per game. Watts was selected at number ten in the 2021 WNBA draft by the LA Sparks. The Sparks traded Watts to the Chicago Sky, where she played six games before being waived.

Chelsea Dungee was signed as a replacement for the injured Leaonna Odom. Dungee is the third player who was chosen in the top ten in the 2021 WNBA draft to sign with the Flames. Dungee was drafted by the Dallas Wings after playing college basketball at Oklahoma and Arkansas, averaging 16.6 points per game across her college career. Dungee averaged 4.6 minutes per game in 14 regular season matches in her first WNBA season.

The Flames have signed a like-for-like replacement for Anneli Maley in Kalani Purcell. In recent years Purcell has been a fan favourite at the Melbourne Boomers. Purcell, like Maley, is a coach’s dream, a player who does all the one-per-centers. Purcell also has plenty of international experience with the NZ Tall Ferns. At the recent FIBA Women’s Asia Cup, Purcell averaged 8.0 points, 6.0 rebounds, 2.0 assists and 1.8 steals per game.

Rebecca Pizzey has spent a number of seasons at Stud Road with both the Dandenong Rangers and the Southside Flyers, including the 2020 WNBL championship. Pizzey represented Australia at the 2016 Under 17 World Championships and 2017 Under 19 World Cup. Centre/forward Pizzey will have benefited from playing and training with the likes of Liz Cambage and Mercedes Russell at the Flyers.

Emma Mahady, who hails from Albury, has signed her first WNBL contract. Mahady played for four years at the California University of Pennsylvania. Mahady was selected in the All-PSAC West First Team and the NCAA National Championship All-Tournament Team in her senior year. In 2021, Mahady averaged 21.33 points in 15 NBL1 South games for the Albury-Wodonga Bandits.

Katie Deeble and Chyra Evans have both been signed from the Centre of Excellence and will maintain their amateur status as they both intend pursuing college careers. Deeble and Evans were both members of Australia’s 2021 Under 19 World Cup silver medal winning team. Deeble averaged 9.3 points, four rebounds and 2.6 assists per game and Evans averaged 4.4 points, four rebounds and 0.6 assists per game for the Gems. When the WNBL season concludes Deeble will join Wake Forest in North Carolina and Evans will play for the University of Michigan.

Prediction
The Flames finished the 2020 season in fifth spot. For the 2021-22 season the Flames have had a high turnover of players and will particularly miss Schwagmeyer-Belger, Maley and Scherf. The additions of Heal, Froling, Purcell and the two imports will help. Although with a relatively young team I think the Flames may struggle this season.