The world turns, we grow old and bitter, but when the Ashes come round we are reborn like the meadow in springtime.

We have talked and written and pondered and mulled and argued and pontificated and predicted and fretted and analysed for months because there was nothing better to do. But this morning in Brisbane the little red ball will be slung at the batter and all the chat will not matter, for the Ashes will have begun.

It’s been a tough couple of years; I don’t think anyone could argue otherwise. The Australian and English people are blessed that their reward for enduring this global ordeal is an Ashes series, bright and shiny and new, to give form to their dreams. Surely there can be nothing more calculated to lift the spirits and relieve the pains of life than the Ashes.

Cricket of course is a wonderful thing, and life is better when there’s cricket to watch of any kind. But the Ashes are something else. It’s not necessarily cricket at its most skilful – the days are long gone when that could be guaranteed. But it’s cricket at its best, because it’s cricket fulfilling to the greatest extent its deeper purpose: to swell the human heart and make one glad to be alive.

The reason for this is that, more than any other series or tournament, players who take the field in an Ashes series immediately become part of something far greater, more colossal than themselves. They step into a story more than a century old, take their place in a narrative that rings down the ages with the power of myth. A cricketer in the Ashes is not just a cricketer; he is a character in a grand eternal drama. 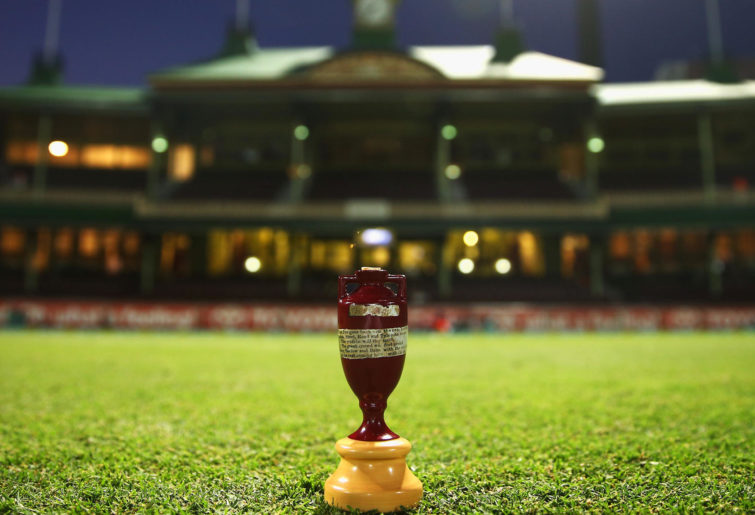 In our ears are the roars of crowds and the crack of bat on ball, and in our memories the feats of heroes, whether it be Don Bradman or Allan Border, Len Hutton or Alastair Cook. In 2019 Josh Hazlewood thumps the pad and bellows the winning appeal. In 1882 Fred Spofforth breathes defiance, lays waste to England’s finest and begins the story. It’s all the same. It’s all the Ashes.

The Ashes enter our souls, runs through our veins, seeps deep into our bones. When a regular summer of cricket rolls around we are excited; when the Ashes arrive we are electrified. From our youngest years we have had it instilled in us: the Ashes matter in a way inexplicable to outsiders but undeniable to we who understand. By this I mean the result – yes, who wins and who loses is of enormous consequences – but not just the result. What matters even more is that the Ashes happen and that we keep holding it close to our hearts.

This world has changed so much just in our lifetimes, let alone in the last 139 years. In so many ways it is a crueller world, a colder and more indifferent one. Life seems to slip by so fast and so remorselessly and leave us with so little time to appreciate it. Sadnesses pile up and threaten to bury us beneath them. It’s easy to be melancholy and difficult to be hopeful.

The game, as Alan McGilvray said, is not the same, because nothing is.

But the game is still here. And it still comforts and delights us. Today, when the first ball is bowled, we can – even if only momentarily – forget the vale of tears outside and the world’s dark terrors and even the cynical tawdriness that infects sport itself. Tomorrow the Ashes begin, and if you allow yourself a few sweet tears of relief, nobody would blame you at all.