When young Thunder guard Josh Giddey and Spurs centre Jock Landale made their debuts last month, they became the 30th and 31st Australians to log minutes in the world’s biggest and best competition.

The two rising stars, who both impressed big time in the NBL last season, were a month shy of the 30th anniversary of Longley breaking new ground for Australian players.

Longley made history on November 30, 1991, when he suited up for the Minnesota Timberwolves, getting four minutes and missing his only two shots in a 79-78 loss to the Mavericks in Dallas.

Giddey and Landale are among eight active Australian players in the NBA, if you include Melbourne-born Kyrie Irving, who holds dual citizenship but actually hasn’t featured in a game this season due to the Brooklyn All Star guard’s refusal to get a COVID-19 vaccination.

Ben Simmons is also yet to appear this season at Philadelphia as his trade saga drags on after he told Sixers management he was not mentally ready to contribute to the team.

Oklahoma City was one of the few NBA franchises which had yet to have an Australian on the roster.

Now that Giddey has ticked that box, there are only six current NBA teams left which have never had an Australian player on their roster – Indiana, the LA Clippers, Memphis, Miami, Orlando and Sacramento.

Cleveland has been the franchise which has been home to the most Boomers, with six.

Andrew Bogut’s 60-second cameo in 2017 before breaking his leg put the Cavaliers ahead of San Antonio.

Fan favourite Matthew Dellavedova and fellow championship winner Irving played for the Cavs a lot longer than Bogut, while Dante Exum, Deng Adel and Thon Maker have also played for the franchise.

Landale is following in the footsteps of 2014 champions Patty Mills and Aron Baynes, plus 1999 title-winning squad member Andrew Gaze at the Spurs and Shane Heal.

After Longley broke through, the ‘90s featured six other Aussies on the big stage – Gaze in brief stints at Washington when they were still known as the Bullets and San Antonio, Shane Heal for 43 games at the Timberwolves, naturalised guards Ricky Grace and Darnell Mee at Atlanta and Denver respectively, Mark Bradtke for a season in Philadelphia and Chris Anstey with Dallas and Chicago.

The flow slowed in the 2000s although Australia notched its first No.1 draft pick when Milwaukee invested in Andrew Bogut in 2005.

Fellow centres Luke Schenscher (Chicago and Portland) and Nathan Jawai (Minnesota and Toronto) had short-lived stints amounting to 31 and 45 games respectively while Patty Mills cracked the Portland roster in 2009. 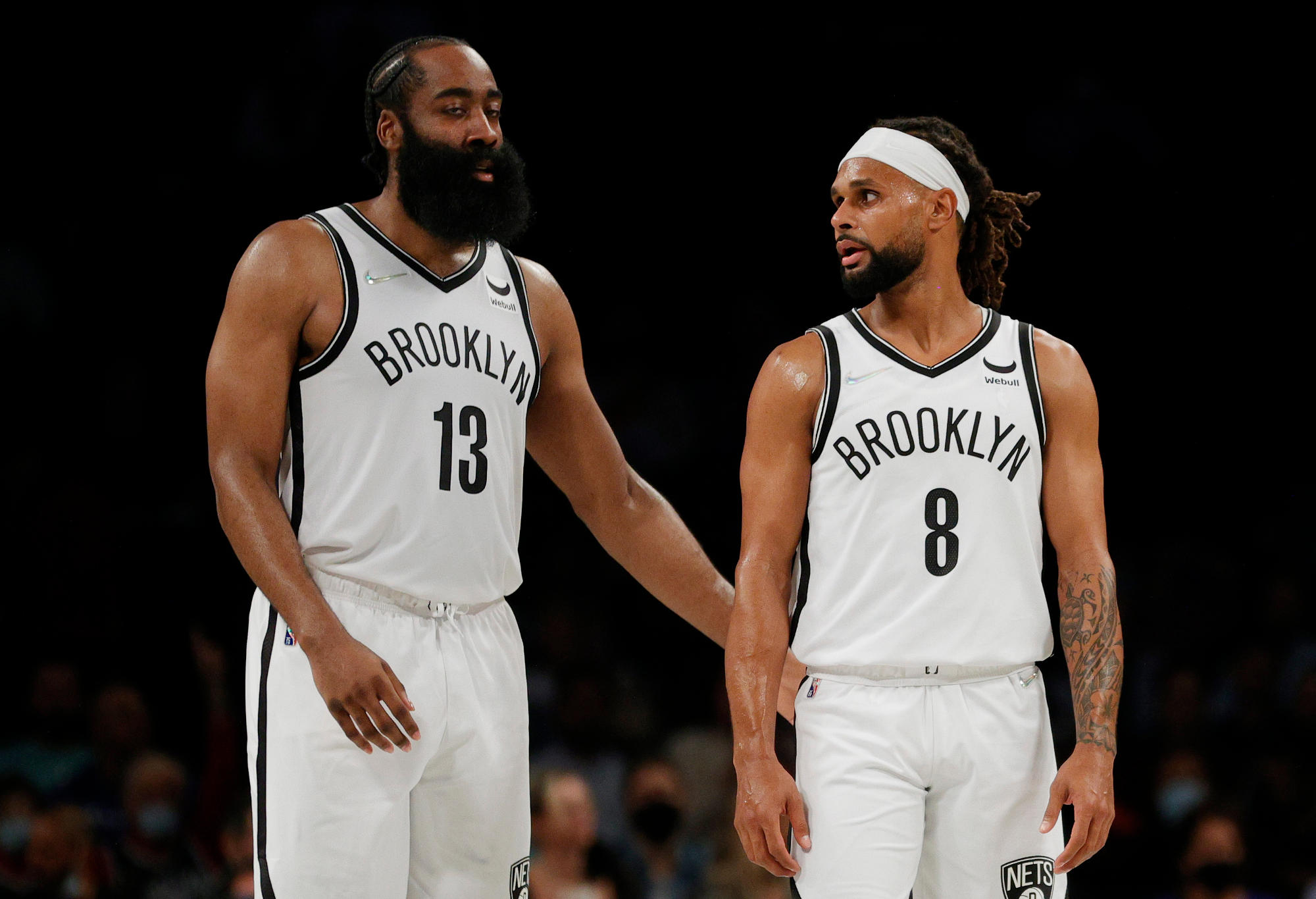 The past decade has been a golden age for Australians in the NBA with Baynes joining Mills at the Spurs at the end of their dynasty, which culminated in the 2014 triumph over Miami.

A further 18 Australians have etched their name into the elite list of players who have hit the floor in the NBA.

Longley was also the first Australian to win a championship ring when he scored three as the starting centre for the Bulls in their second threepeat from 1996-98 but now he has six countrymen who’ve also lifted the Larry O’Brien Trophy.

Gaze when he was a squad member for the Spurs in 1999, Mills and Baynes for the same team 15 years later, Bogut with the Warriors in 2015, as well as Irving and Dellavedova the following year at Cleveland.