Champions Australia are set to go into next year’s World Cup as the fourth-ranked team behind New Zealand, England and Tonga after the International Rugby League (IRL) updated the latest world rankings.

The Kiwis remain top but England and Tonga have overtaken the 2017 World Cup winners, who have won just two of their four Tests since beating England in the final four years ago.

IRL chairman Troy Grant admitted that the rankings were “skewed” by the fact that only a handful of nations have played Tests since the outbreak of the coronavirus pandemic in early 2020.

The Kangaroos were ranked second when the previous rankings were released at the end of 2019 but they lost 16-12 to Tonga two years ago while England beat France in Perpignan in October in their only Test match in the last two years. 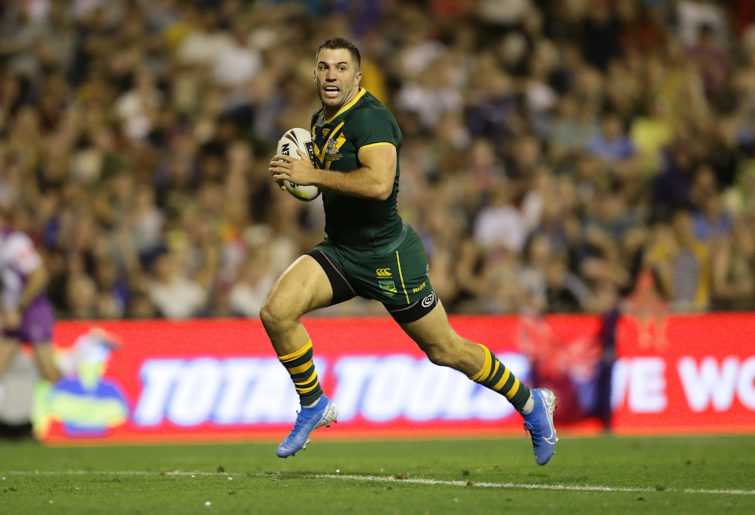 The big winners are Serbia, who have risen six places to ninth spot after winning all four of their international matches in 2021.

“On the one hand, it is good to have enough fixtures played in 2021 to run the world rankings but on the other hand, there is some volatility in some of the placings due to the skewed nature of who was able to play fixtures and who wasn’t,” Australian Grant said.

“The overriding principle of any sport’s ranking system is to see endeavours on the field reflected on the ladder and that is certainly evident here.

“We all hope and expect that during 2022 and into the World Cup, we will see a significantly greater number of international matches played, and this will, in turn, be reflected back in the world rankings.”

Australia and New Zealand retain their positions as first and second in the women’s rankings but England have closed the gap after beating France and Wales in 2021.

Wales and Ireland recorded their first qualifying results and enter at numbers 13 and 14 respectively.