Mitch Creek’s career-best masterclass has launched South East Melbourne Phoenix to a gritty 95-88 win over the New Zealand Breakers at John Cain Arena, and a perfect 2-0 start to the NBL season.

Creek smoked 36 points and drained six of seven from three-point territory, including, fittingly, the long-range dagger from the corner with 29 seconds remaining, which terminated the Breakers’ brave challenge on Friday night.

“I’m a little bit disappointed in some areas but we kept the scoreboard ticking over,” Creek said.

“We’ve just got to put them together and we’ll be happier.” 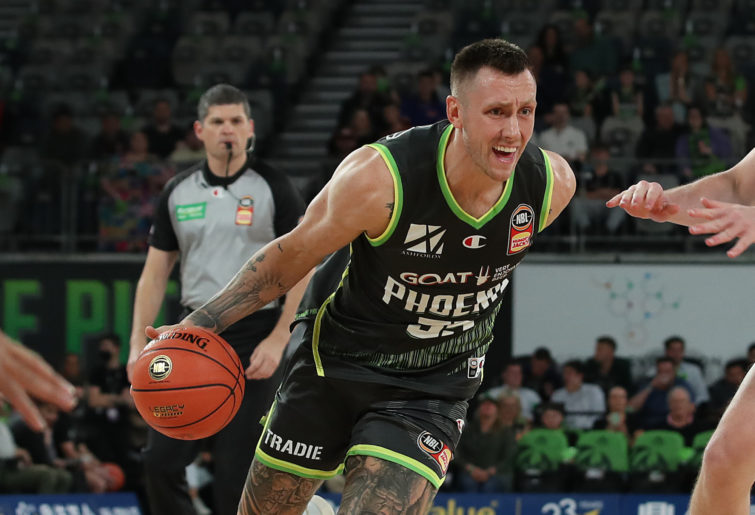 It is feared Siva, an ex-Detroit Piston and NCAA championship winner, could miss four to six weeks.

Despite those body blows, and after lagging behind 35-22 at quarter-time, the Breakers dug deep and exhibited far stiffer resistance after being blown away by the Phoenix in the opening round.

SEM shot 81 per cent from the floor in the first term, with Creek at the forefront, before Kiwi Finn Delany (23 points) momentarily had the better of the pair’s engrossing duel in the second period as the Breakers closed the gap to 48-45 at halftime.

With Chinese giant Zhao Qi sitting with foul trouble, Yanni Wetzell got on top in the paint against his old side before Creek again assumed control in the third stanza and guided the Phoenix ahead 70-67 at three-quarter time.

NZ tied the scores early in the fourth before a 13-2 Phoenix burst put the hosts back in the box seat.

Young French sharpshooter Hugo Besson (26 points) exploded with three triples in 65 seconds to give the Breakers a sniff before the brilliant Creek terminated those hopes.

“Unfortunately we are off to a rough start, going 0-2 in the first two games, but we fought,” Breakers coach Dan Shamir, back at the helm after recently recovering from COVID-19, said.

“But at the same time we fought and a lot of people left everything they had on the floor.”