South Sydney have a first-choice 17 that could challenge for the title but there are major concerns over their super skinny depth.

When Latrell Mitchell returns from suspension in Round 3 against his old team the Sydney Roosters, the rookie coach should have his first-choice spine on the park with the 24-year-old fullback likely to combine with fellow representative stars Damien Cook and Cody Walker, plus young halfback Blake Taaffe.

After Taaffe filled in so admirably last season when Mitchell was ousted for his reckless hit on Joey Manu, he’s set to again deputise in the No.1 jersey with fellow young gun Lachlan Ilias a fair chance of kicking off Round 1 at halfback now Adam Reynolds has taken up a three-year deal at Brisbane.

Souths still have an imposing pack and try-scoring potency in the outside backs but their depth has been vastly eroded by the combined loss of Reynolds, second-rower Jaydn Su’A to the Dragons, centres Dane Gagai back to Newcastle and Braidon Burns to the Bulldogs, as well as bench utility Benji Marshall into retirement.

They’ve brought in Tigers back-rower Michael Chee Kam and Canberra forward Siliva Havili but outside of their first-choice team, they are paper thin on NRL-level experience.

Any team that wins the premiership needs to have a large slice of good fortune on the injury front but South Sydney’s margin for error is miniscule – if Mitchell, Walker or Cook in particular are unavailable for an extended period, Demetriou will be calling on greenhorns to fill key positions. 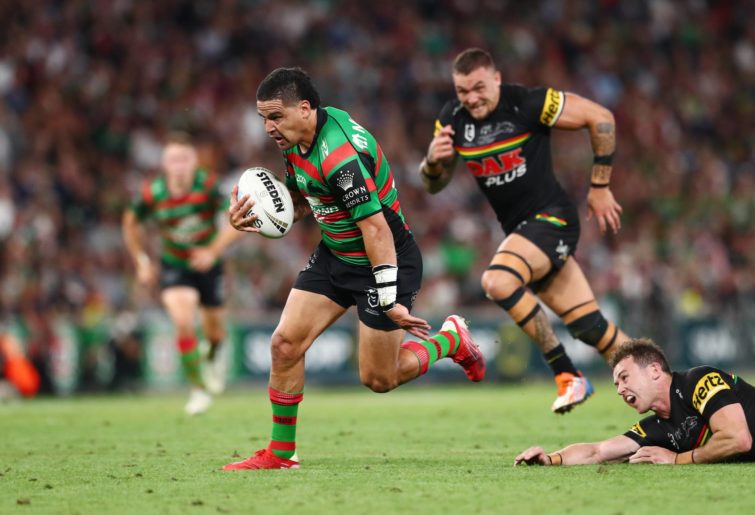 Replacing Su’A in the second row and Gagai at centre will be key appointments for the new mentor. Jai Arrow played the good soldier and adapted to a bench role last season but he would appear to be the obvious candidate to replace Su’A on an edge given the Bunnies have a glut of middles in their forward rotation.

Jaxson Paulo is in contention to move in a spot from the wing to partner Campbell Graham in the centres with Demetriou’s only other option with NRL experience likely to be journeyman Taane Milne.

Reynolds’ departure after a decade-long 231-game stint at halfback will be felt greatly – so many times over the years, he steered the team to victory in clutch situations. Walker was again one of the most dynamic attacking players in the NRL last season but it would be wrong to overburden him with playmaking duties next season.

The battle between Taaffe or Ilias to play halfback long term will ultimately come down to who can complement Walker the best by doing the organising work so the five-eighth can pick and choose his spots to wreak havoc on defensive lines.

Demetriou has rightly shut down any prospect of Mitchell switching to the halves. He could eventually become a five-eighth but right now the Rabbitohs need him fit and firing at the back.

Off-season signing Anthony Milford’s playing future is clouded after the NRL recently announced the former Broncos pivot would not be registered as a South Sydney player until serious allegations of domestic assault have been resolved in court.

Reynolds has also left the captaincy and goal-kicking positions vacant – Test lock Cameron Murray seems a shoo-in for the leadership, either outright or in a joint capacity with an experienced teammate like Walker or Cook, while Mitchell provides a top-class kicking replacement.

After serving a lengthy apprenticeship, particularly under Bennett at Brisbane and Souths over the past five years, Demetriou is widely respected by his players and regarded as an NRL coach of the future.

His time has finally come and he’s got a roster capable of giving the title a decent shake – much better than other Bennett successors had, such as Ivan Henjak more than a decade ago in Brisbane, Steve Price at the Dragons, Rick Stone at Newcastle and even Anthony Seibold more recently at the Broncos.

But the Rabbitohs will need plenty of luck on the injury front otherwise their depth looms as a major Achilles heel in 2022.

What’s new
Michael Chee Kam and Siliva Havili bring much-needed versatility and depth in the forwards but keep an eye out for Broncos young gun Isaiah Tass. Brisbane officials were not happy when the Bunnies convinced him to head south and the 22-year-old outside back could end up in the centres sooner than expected.

And, of course, the coach is new. Jason Demetriou has been waiting patiently for a chance in the NRL and unlike most rookies, he takes over a team that hasn’t sacked the previous coach and is one that is a legitimate title contender.

Star on the rise
Blake Taaffe has been groomed for a few years to be Adam Reynolds’ replacement at halfback and he proved during his rookie season, mainly filling in for Latrell Mitchell at fullback, that he’s not overawed by the big stage.

The former NSW under-20 representative has eight games under his belt, including three finals appearances, and his development will be crucial to South Sydney’s 2022 prospects. 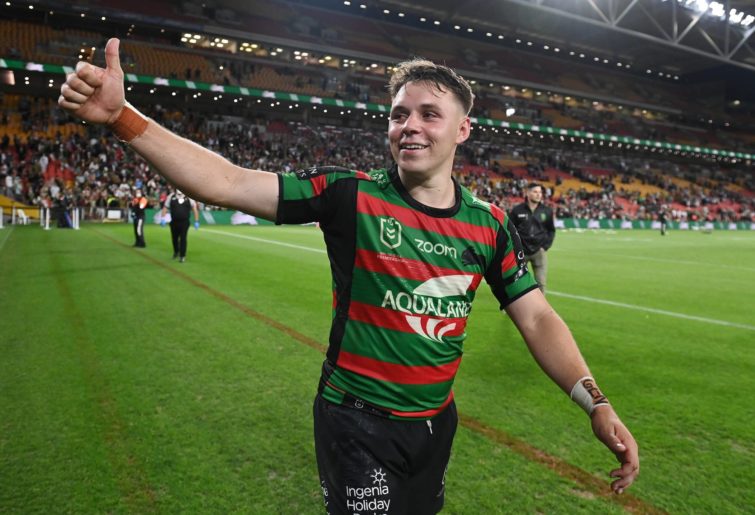 Who’s under the pump
Damien Cook’s position as the best hooker in the game has been challenged by the likes of Harry Grant, Brandon Smith and Api Koroisau over the past couple of years.

The NSW and Australian rake gets through a mountain of defensive work but, surprisingly in the six-again era, he has not been as effective at generating line breaks from dummy half.

Best-case scenario
They could go one better than last season – if, and it’s a big if, their three main playmakers remain injury free, and avoid a suspension like the one Mitchell received late last season.

Their middles are arguably the strongest in the NRL and Walker will again be a prominent contender for the Dally M Medal.

Worst-case scenario
One or two key injuries and the Bunnies could fall back into the pack pretty quickly. For a title contender, their roster is a curious mix of experience and newcomers at both ends of the spectrum.