24-year old Verstappen claimed his maiden world championship, composing his best season yet in Formula One – which comprised ten victories, as well as a new season record for most podiums achieved at eighteen.

Mercedes’ stranglehold on the driver’s championship since the start of the hybrid-turbo era in 2014 has been at last broken, although they were able to secure an unprecedented eighth constructor’s title in Abu Dhabi as some recompense.

This gargantuan battle between wonderkid Verstappen and the seven-time world champion Hamilton, all came about due to a tweak in technical regulations for 2021 – which saw teams largely carry over their previous spec cars, albeit with changes to the floor ahead of the revolutionary regulations being delayed until 2022. 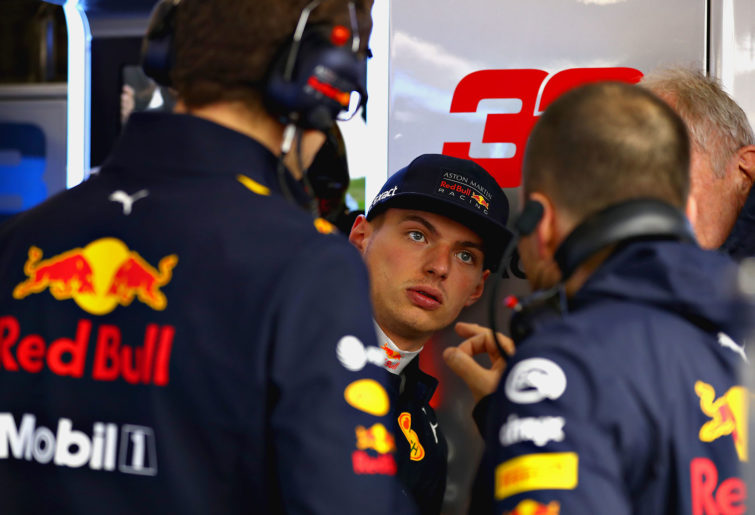 The change as minor as first seemed, was enough to catapult Red Bull – who’ve been unable to credibly challenge for a championship since their last title double in 2013 – to a superior form to the Mercedes juggernaut.

Improvements on the Honda power-unit in what was their final year as engine supplier, as well put Red Bull in a position where they would start the season as title favourites. However Mercedes shrugged off their testing woes to draw first blood at the Bahrain Grand Prix, where the first flashpoint in the historic rivalry took place.

Verstappen was denied in the opening salvo, on the account of his off-track pass in the dying stages of the race on Hamilton – quickly returning the lead to the Briton. A fierce first fight, when matters indeed remained civil.

The Dutchman on the next time of asking on a wet Imola circuit, barged his way into the lead at Turn 1. Hamilton meanwhile avoided his own disasters later in the race to earn a free pit-stop during a red flag and restart the race on the lead lap behind the Safety Car – to finish on the podium.

Fortunes favouring the 36-year-old on this occasion, and would serve the young lion at Red Bull the same gift at a later date – much to the ire of many, forgetting that Hamilton had rescued his race in Imola in similar fashion.

Superior strategy saw Mercedes uproot Red Bull’s pace in Barcelona and Portimão, before the cracks emerged in Monaco in the Silver Arrows armour. Hamilton was off the pace, his teammate Valtteri Bottas was cruelled by a pit-stop and won to lead the championship for the first time in his career.

Amid this was also speculation in regard to the rigidity of the Red Bull rear-wing, which Mercedes ardently suspected was flexing backwards at high-speed to further reduce drag down the straights. Ultimately it did not affect the Milton Keynes squad, as Verstappen romped to a hattrick of wins from the French Grand Prix – where the FIA clamped down on flexi-wings.

At the time, the wacky scenes in Baku where with six laps to go Verstappen suffers a spectacular tyre failure to lose a certain victory, was seen as a moment that could define this championship. And how truer could that sentiment have been, given the points lost in that race alone and the fact both drivers arrived in Abu Dhabi with level scores.

Hamilton too botched his opportunity to capitalise on Verstappen’s misfortunes in Azerbaijan, missing his braking point at Turn 1 on the restart. The net result from that frantic finish in Baku, was neither protagonist scored points.

The introduction of the Saturday Sprint at Silverstone as well, enhanced the narrative as Verstappen muscled past Hamilton at the first corner to go on and claim the first pole position via Sprint. Though the real drama came on race day, as both drivers duelled through the opening corners wheel-to-wheel – before contact at Copse saw the Red Bull in the barrier.

Cynics have argued that Verstappen should’ve yielded into the high-speed corner, though as unrelenting as the 24-year old is, it was Hamilton who ultimate missed the apex and could’ve bailed. This was the moment that the battle really became intense and if Verstappen was thought to be unyielding before – what was to follow would’ve bewildered.

Overcoming a time penalty, Hamilton clinched an eighth British Grand Prix win in front of the adoring Silverstone crowd. Shaving a 33-point deficit in the championship to just eight points, before slinking out of Budapest the following week with an eight-point lead.

Verstappen again through no fault of his own, was pinballed out of the Hungarian Grand Prix at Turn 1 by Bottas, while Hamilton survived a strategic blunder for second. Though the gloves were off for the Dutchman following the summer break, taking half points in the non-event in Belgium and marvellously winning the Dutch Grand Prix.

Frustrations boiled over in Monza on Lap 26, when after some exchanges on the opening lap, a moment of rage saw Verstappen collect Hamilton on his out-lap at the first corner. The images of the Red Bull parked atop the Mercedes will remain defining for 2021 and effectively signalled what lengths both drivers were willing to go to, in their uncompromising approaches to win the title.

Careful was Verstappen in the following races though, to limit the damage especially with a three-place grid penalty in Sochi as sanction for his actions at Monza. Before it was Hamilton’s turn to do the same across the Atlantic in Texas and Mexico City.

Brazil onwards saw the momentum and pace swing in favour of Mercedes, who’d have taken the pain of multiple engine penalties to finally have the superior package. Not even disqualification with a rear-wing infringement and a further engine penalty could deny one of the all-time great drives from Hamilton at Interlagos – to win and keep the fire raging.

It hadn’t come without further troubles though, as Verstappen was fined for inspecting the rear-wing of the Mercedes in Parc Ferme. All before the infamous Lap 48 incident at Turn 4, where Max drove the Briton into the run-off in defence – without penalty from the stewards.

This had enraged Mercedes into the continuous war of words between team bosses in Toto Wolff and Red Bull’s Christian Horner. A protest was dismissed at the following race in Qatar, where Hamilton again had the measure of Verstappen all the weekend. The points difference had shrunk to eight points once more, heading into the penultimate round.

Under the lights and between the perilous walls of the Jeddah Corniche street circuit in Saudi Arabia, the protagonists once again saw their scrap spill over into the steward’s room and Race Control. A repeat of Turn 4 in Brazil occurred at Turn 1 among the madness of a Safety Car restart, though this time Verstappen was handed a 5-second time penalty.

All while the Red Bull, under instruction from Race Director Michael Masi sought to redress the positions to allow Hamilton back into the lead. Instead a communication breakdown saw the Mercedes rear-end the RB16B under the pretence that he was brake-tested – for which Verstappen copped a further 10-second penalty.

Here was where the failings of the stewarding and interpretation of FIA regulations by Race Director Masi really came to the fore. Masi’s honest and respectable mantra of ‘let them race’, was exposed by not only drivers who can only see fifty shades of grey as far as boundaries are concerned – but also lobbying from the team hierarchs, as heard during the live broadcasts – as not having the iron fist that a Race Director needs.

As much as it was hoped that the Abu Dhabi finale wouldn’t see the outcome in Race Control’s hands, the decision late decision to revoke an earlier ruling to not allow lapped cars to unlap themselves ahead of the last lap restart – to then only allow the five drivers between Hamilton in the lead and a red hot Verstappen on fresh soft tyres, unlap themselves – demonstrated a lack of clarity and understanding in such a complex rulebook by the adjudicators.

The outcome ultimately saw Verstappen on the final lap of racing, to make the lunge down the inside of the Turn 5 hairpin to not only win his tenth race of 2021 – but claim a maiden world championship for a Dutch driver in Formula One. Despite Hamilton having the race all but sewn up.

Should Mercedes have pitted their driver under that Safety Car, just to ensure any threat of a regular restart would be negated? Hindsight of course is a fickle character and the gamble that Red Bull took by taking that extra pit-stop paid dividends and proved it is not over until it’s over.

Overall, even if it wasn’t under the clearest of circumstances, the better driver won the championship at the end of the day. Credit is given to Hamilton as well for his mammoth efforts, to take a Mercedes not fast enough initially right until the final lap of the final race for a record eighth title.

It was, as many prophesied: Verstappen’s year. The dream fulfilled, not only for the Dutchman who debuted at the age of 17 in 2015, but for Red Bull who took him on for the sole purpose of making him their next world champion.

What lies ahead for these two fierce challengers will be eagerly awaited, as Formula One says goodbye to the current generation of car and welcomes the all new era of ground-effect, race friendly machines in 2022 – where both Mercedes and Red Bull are likely to lock horns again.