1. Danny Peacock, Wests, Gold Coast and South Queensland
Peacock was a strong running fullback who fittingly played the bulk of his career for the Magpies and Seagulls from 1988 to ‘95. Unfortunately, he achieved the dubious distinction of five wooden spoons before flying the coop for Super League.

Peacock did achieve some well-deserved success at Bradford, playing 52 games and winning a league title in 1997.

The ‘Gypsy’ was diminutive, pale and prematurely balding. He didn’t look like an elite rugby league player, which made the 266 first grade games, 110 tries and 33 Tests for New Zealand even more endearing. 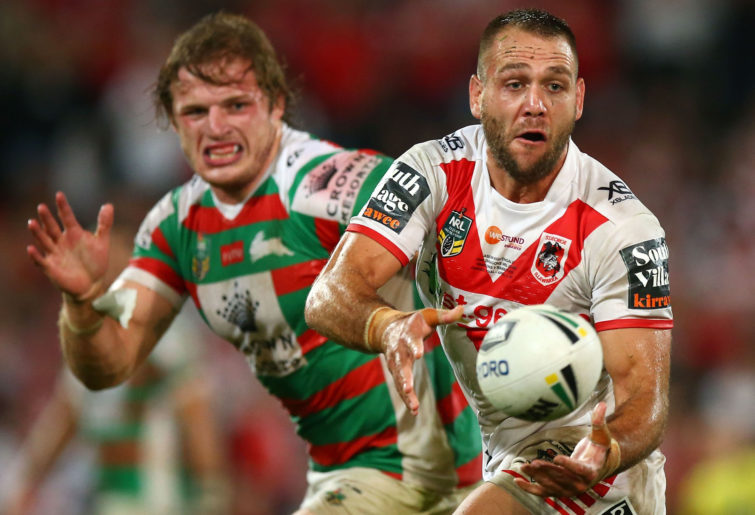 3. Mick ‘Crow’ Cronin, Parramatta
Cronin’s career is like something out of Roy of the Rovers.

He represented Australia from the coastal town of Gerringong, before moving to Parramatta in 1977, winning four grand finals, including the club’s first in 1981 and his valedictory in 1986, becoming the game’s all-time leading point scorer, playing six State of Origins and 35 Test matches.

He debuted for Balmain in 1971 and was selected to tour New Zealand the same year at the age of 19. He made his Test debut and played at the World Cup in 1972, before touring with the 1973 Kangaroos and playing all five Tests against Great Britain and France.

5. William Eagle, Annandale
It’s nice to have somebody from Annandale rate a mention more than a century since their demise.

Eagle played eight times for the ‘Dales’ in 1917. His only victory came in his last game, a 3-2 win over Norths at Wentworth Park which lifted Annandale to second last and consigned Norths to the wooden spoon.

6. John ‘Chook’ Raper, St George
Raper is one of just 13 players to have ascended to the heady height of rugby league immortal.

And, rightly so. He won eight straight premierships between 1959 and 1966, played a then record 40 test matches and was widely regarded during his career as on of the toughest and most skillful players to ever lace a boot.

8. Brent Kite, St George Illawarra, Manly and Penrith
Kite was one of the best props in the game for more than a decade. He played in four grand finals, including two wins with Manly in 2008 and 2011, 10 Origins, 14 Tests for Australia and six for Tonga.

While the Dragons were not short of quality props in the early 2000s, Kite was a big loss.

But for all that, he’s probably best remembered for being hit in the head by a Ray Herring pass in 1995 and a lengthy feud with rival hooker Ben Elias during the 1980s.

10. Robin Gourley, St George
An Irish rugby union international, Gourley joined St George in 1963 and won a reserve grade final the same year. He became a regular starter in 1965 and played in the last two of the Dragons’ 11-straight grand final victories.

His son Scott had the misfortune of playing in three losing grand finals for the Dragons in the 1990s.

Drake played in Manly’s 1970 grand final defeat to Souths. He left for St George in 1972, the year Manly won their first premiership, which they successfully defended in 1973.

Drake had to make do with a place in the Dragons’ 1975 grand final humiliation. He rejoined Manly in 1976 but made only 12 appearances in four seasons and missed grand final wins in ‘76 and ’78.

12. Paul Merlo, Penrith, Wests and Cronulla
The law of nominative determinism meant Merlo was destined to play for the Magpies.

It was during his successful stint at Wests that he was called up to play Game 3 of the 1982 State of Origin series.

13. Greg Bird, Cronulla and Gold Coast
Bird was a quality forward for 18 seasons and 318 games between Cronulla, Gold Coast and Catalans. He received little reward, winning just 141 of those games, a 44.3 per cent success rate.

Bird’s 18 Origin games were mostly played during Queensland’s hegemony, but he was rewarded with a series victory in 2014. He also played 17 Test matches and was part of Australia’s World Cup final victory in 2013.