For the second Test running England have got the basics wrong – messing up their selection and seeing Australia take advantage.

They’ve gotten themselves into a bad position, and unless they bowl really well first thing on day two with the newish ball, they’re in massive trouble.

While I think it was the right call to leave out spinner Jack Leach, they’ve gone with five similar bowlers.

Ben Stokes ended up being the enforcer and did an okay job with his bouncers, but Mark Wood’s pace in Brisbane was yards quicker than anyone else in the series, and he should have played in Adelaide instead of Chris Woakes. David Warner is obviously hampered by bruised ribs and the one guy he wouldn’t really want to face is Wood.

That would leave Stokes to bowl his clever swingers and seamers, instead of playing a role he’s not really suited to.

They’re trying to beef their batting with an allrounder type in Woakes, but in the end, you’ve got to get 20 wickets to win.

It was tough times early on for the Australians, and you felt England were trying to strangle them.

Australia rode their luck but England contributed to their own issues by falling behind with the over rates again, meaning more overs for Joe Root, which isn’t going to get you many wickets; and it cost them during the night session when the ball was moving.

It was probably the driest day-night pitch I’ve seen here. It still had eight millimetres of grass, but it didn’t move as much as it usually would.

Because of that Stuart Broad and James Anderson didn’t get the joy they would have hoped for – they probably would have preferred to have bowled on the Gabba pitch on day two of the first Test, which swung and seamed more than the day-night pitch. Yet another selection call that hasn’t worked.

For the Aussies, the only downside, apart from losing Pat Cummins before play, was the failure by Marcus Harris.

He didn’t look confident and fell strangled down the leg side. That’s a continual concern for the Aussies.

Warner, for the second innings in a row, hasn’t played a classic Warner innings; but I have a lot of admiration for how resilient and tough he’s been.

There were times he was readjusting his chest guard, and he looked in pain.

The outstanding aspect of the innings for me was: he was zero off 19 balls, but didn’t let it faze him. Five years ago, he’d be stressed and trying to get off strike. That was a match-hardened innings from an experienced player who backs himself when things are tough.

His innings flowed better than Brisbane. That 94 was really important in the context of that game, and his partnership with Marnus Labuschagne here could prove to be just as crucial.’

Labuschagne really battled hard. He was the most fluent batter at the Gabba but I felt at times he wasn’t taking enough initiative, or looking to take the game away from them on Thursday. They set some clever fields to him with, a lot of fieldsmen on the leg side and Stokes banging it in short.

He did stall somewhat near the end of the day – and gave Jos Buttler a simple chance that the keeper spurned – but I’ll be interested to see what they say about the pitch. But he survived the day, is 95 not out and got a chance in the best batting conditions tomorrow first thing to go big. 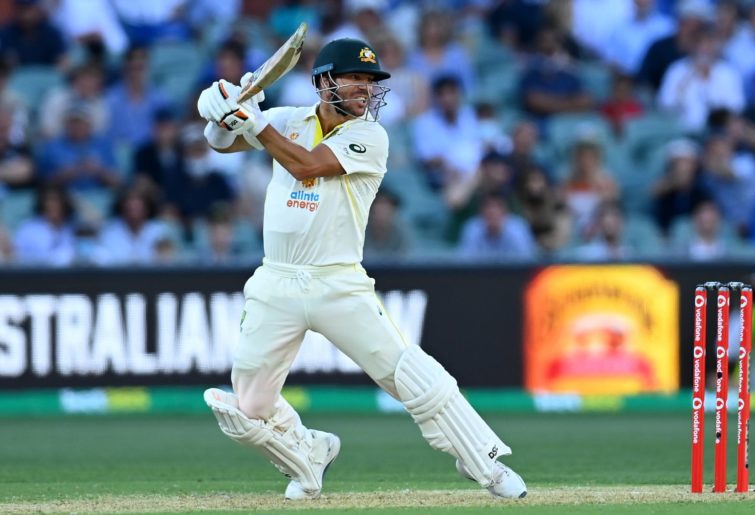 If Australia can bat on and declare around tea or a little after, England will start their innings in the twilight zone, which is the toughest time to bat.

As admirable as their first session was, they’re behind the game on day one and facing a real struggle.

It’s going to be a very hot day Friday and a lot rides on how they back up. We saw at the Gabba Ollie Robinson and Stokes got injuries that weren’t serious, but took them out of a day’s play. How will the older hands Broad and Anderson go in second spells tomorrow?

The Australian team talked about being ruthless, and when you’re ahead of the game, forcing it. They are going to have a great opportunity to do that Friday, especially after the first hour when the ball stops moving.

I’m looking forward to seeing what Jhye Richardson and Michael Neser bring to the table. It might not be the occasion Neser wanted for his debut with the circumstances around Cummmins, but they’re both fine swing bowlers and they could be bowling with a big score on the board.

I expect we will see a marked difference between their fuller length bowling and what England showed. There were a few LBW shouts early, which showed they were at a full length; but the longer the day went on there were fewer shouts and they bowled too short.

When you bowl short length your average almost doubles to when you bowl a good length, around the six or seven-metre mark. For much of the day they were economical but not threatening.

At least one bowler in the partnership needs to bowl fuller and the other tries to tie up an end. There weren’t enough cover drives enticed. Sure, they can get hit for four, but if the batsman get it wrong they get caught at slip.

But before the bowlers have their turns, I’m looking forward to seeing Labuschagne and Steve Smith batting together tomorrow. Marnus has almost replaced Smith as our No.1 batter – tomorrow might be the time for the master to put the protege back in his place.