The time has come for the ICC to bring in the free hit to Test cricket.

It won’t go down well with the traditionalists/purists/nuffies who resist change but a free hit would help alleviate two of the biggest problems in the Test arena – slow over rates and no-balls.

As it stands, umpires on the field basically don’t even look at the front foot of a bowler and will only call a no-ball well after the delivery has been sent down after getting a tip-off from the third umpire.

That is when the technology is fully operational. We saw what happened in Brisbane during the First Ashes Test when that option is not available – Ben Stokes was not told he was overstepping the crease, he did so when he got David Warner out, the third umpire overturned the dismissal and the Australian opener added another 77 runs to his tally.

On day one of the Second Test in Adelaide, the tech was doing its job but it’s still a meh solution.

The on-field umpires were giving “posthumous” no-balls to the Australian side when the ball was well and truly dead.

Apart from the standard one extra run for the indiscretion, there was no benefit to the batting side.

The bowler rebowled the delivery and the game continued on. And of course that wasted more time when it happened at the end of the over and everyone had to get back into place for the seventh ball.

The ICC can go a long way towards fixing this blight on the game by making the next delivery after a no-ball an automatic free hit as has been the case in the white-ball arena since 2007.

That would discourage bowlers, the seamers in particular, to ensure they keep some part of their front foot behind the line as soon as they come into the attack. They could even get their teammate at mid-on or mid-off to station themselves right in line and let them know if they’re overstepping the mark as an extra safeguard.

The smart ones already measure their run-up to the centimetre before the start of play and have their precise starting point spray-painted at the top of their mark.

A free hit would also reward the batter because they no longer have the benefit of the umpire calling no-ball as soon as they notice an infraction.

Former Australian captain Ricky Ponting admitted in Seven commentary during the First Test commentary that during his illustrious career he didn’t think he ever changed a shot after hearing an umpire call a no-ball. Clearly, that system doesn’t work.

Bringing in a free hit to increase the penalty on bowlers will also help the ICC fight the scourge of slow over rates.

England were fined their entire match fees (some would say fittingly because they played like amateurs) and docked five World Test Championship points after their abysmal over rates in the First Test.

Apart from opener Haseeb Hameed, all the other players are on central contracts with the ECB with some also raking in cash from T20 contracts as well as county deals.

Making a minor dent in the hip pocket is no disincentive at all. If you need further proof, when they selected their team for the next game in Adelaide they went with a bowling attack of five seamers, leaving out their only spinner Jack Leach (although to be fair his overs probably took longer than the pacemen at the Gabba due to the time it took to retrieve his deliveries from the multi-coloured seats in the grandstands).

Shane Warne is on the MCC’s world cricket committee and solving the problem by banning the skipper from the next Test is on their agenda. 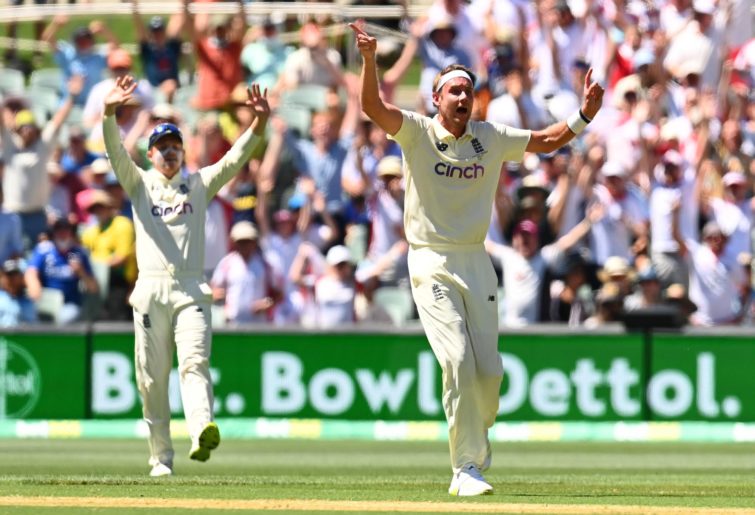 “A lot of us on that committee have talked about not having a fine for over rates but the captain misses the next game because if you don’t bowl your overs in time, the financial penalties don’t seem to be working, they haven’t been working for a while,” he said on Fox Cricket.

“If the captain doesn’t play the next Test match after you don’t get through your overs in time, you watch them get through their overs.

“It’s such a big issue in the game. It’s every game, every single form of the game, especially Test cricket, so you’ve got to do something drastic to make your point and make a statement to every team player.

“If you do that every other captain will say I can’t miss the next game.”

England were again well below the required over rate in Adelaide – they needed the extra half hour at the end of the day and even then still finished one over short of the 90 they were supposed to bowl.

It’s not just the bowling side which stretches the rules – Ricky Ponting was joking on Seven commentary in the last over before the first session that batters always seem to have untied shoelaces as they try to ensure there are no more overs before the break. David Warner was checking his guard and wandering away from his crease a little more than usual between balls during this over – umpires should be stepping in and stopping this kind of gamesmanship.

Former ICC umpire of the year Simon Taufel believes the administrators, umpires and players all need to work together to speed up the game. He believes most of the time that’s wasted each day occurs between overs and reckons wicketkeepers should set the tone by running to their new position.

That sort of talk has been going on for decades but nothing has changed.

Warne again: “It’s not so much how long it takes to bowl the over, it’s the fluffing around between overs, they talk and have a meeting at the top with three or four players. There’s just a lot of meandering and wasted time of just waffling around.”

His Fox Cricket co-commentator Mike Hussey said batters like Steve Smith constantly changing his gloves should also be stopped from doing so at regular intervals.

Test cricket needs a circuit-breaker to fix the time-wasting issues. Change the venerable Laws of Cricket – bring in the free hit and you can be sure that all of a sudden, fast bowlers will make sure they do everything they can to ensure they don’t overstep the mark.

And if the free hit doesn’t get bowling teams to change their ways, dock them five penalty runs on the hour or at the end of each session when they’re behind on the over rates – that will speed the game up for sure and certain.

The time has come to stop wasting it.