Publicly, the newest NRL franchise aren’t saying much when it comes to luring Ponga north but privately, they want the Queensland fullback to become their marquee man.

But the Newcastle No.1 remains their prime target. 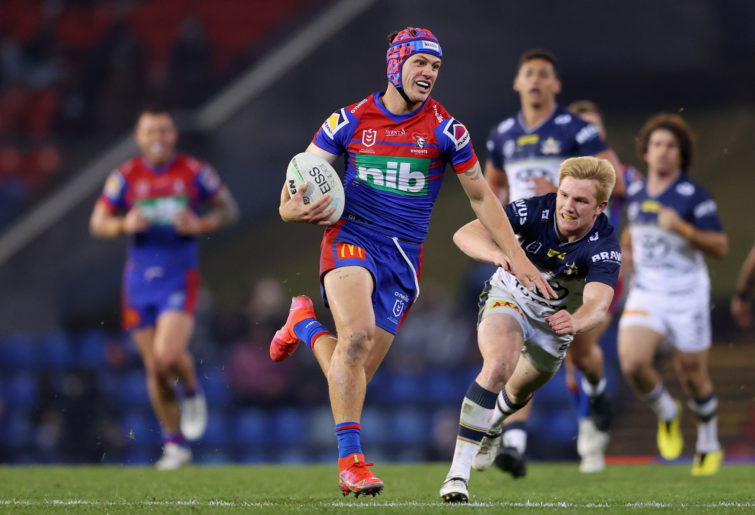 “I have had one conversation with him but that is it,” Dolphins coach Wayne Bennett said this week.

“I had never met Kalyn before, so I just needed to talk to him.

“We are a long way from making a deal with him. He is committed to Newcastle right now, so we will see how it goes.”

It’s been well reported that Ponga has a clause on his Knights deal that would allow him to exit the red and blue early, should he wish to do so despite having a deal in place until 2024.

As the 2022 season heats up, this will become one of the biggest stories of the year.

Munster opens up
Melbourne star Cameron Munster has been training like a manic while away from the Storm in a bid to ensure 2022 is a success.

He’s dropped weight having engaged a personal trainer while in rehab and training every day for the past nine weeks.

“I’ve lost about five or six kilos,” he revealed. “I’m in the 80s again… I’m really enjoying how I’m feeling and what I’m eating.” 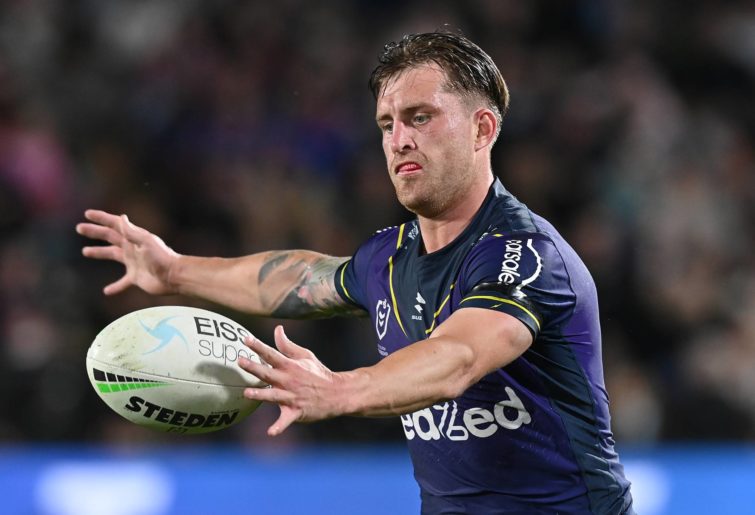 The 27-year-old was handed a suspended $100,000 fine and ban following an off-field incident at the end of the 2021 season, which prompted him to go to rehab.

Now, Munster has opened up on his battle with alcohol and his oath to not drink for the next 12 months.

“It’s going to be tough with events and everything we do around the Storm,” Munster told the club media.

“In saying that, it’s a thing for me I need to be better with and try to show mental strength.

“I’ve found ways in rehab where I know I can enjoy myself and don’t need alcohol to enjoy myself.

Tigers halves locked in
New recruit Jackson Hastings has spent the pre-season training at five-eighth and is expected to secure the role of halves partner to Luke Brooks in 2022.

What the Wests Tigers will do in the halves has been hotly discussed following the signing of Hastings, Tyrone Peachey and establishment of Adam Doueihi but Hastings has appeared to win the role. 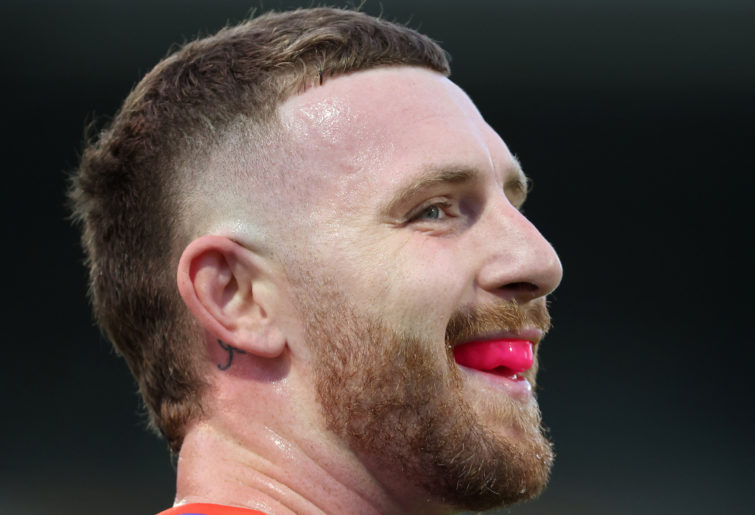 Doueihi is currently recovering from an ACL injury but is ahead of schedule.

The Tigers are publicly saying Round 10 is the targeted return date but it could be a tad sooner if things keep progressing the way they are.

It’s expected Peachey will start the year in the No.14 role.

Titans join forces
It’s something seldom done these days, but the Titans held a combined training session this week where their NRL squad and future Titans squads joined forces.

The whole club training session allowed emerging players to get a taste of what it’s like to train with top-tier talent.

It’s a nice introduction for the future stars to get familiar with the first graders and will help make the transition from under-21s to Queensland Cup and NRL smoother.

Training out of Freestyle Fighting Australia gym where Volkanovski prepares himself to do battle in the octagon, Volkanovski has been taking the first-grade squad through wrestling techniques and holds in a bid to win the ruck.