Cameron Green looks as accurate as any bowler in the Australian Test team. He’s not far off Pat Cummins-like accuracy.

I just wish he’d get an earlier ball to bowl with, because he’s got a legitimate outswinger.

He’s already got Joe Root twice this series. The value of Root’s wicket is almost threefold: he’s the dominant player, the number one batter in the world, and he also carries the burden of captaincy.

You’ve got to remember he was predominantly picked as a fast bowler originally, so he’s coming from a real fast bowling mentality. His batting only thrived because of his stress fractures of the back.

We’re getting more quality with 12 months of him re-grooving his action, so it’s probably feeling more natural for himself, and he’s not as concerned about his body.

I could see him actually being a new ball bowler down the track, that’s how much potential he’s got. Let’s hope he gets some runs tomorrow as well. 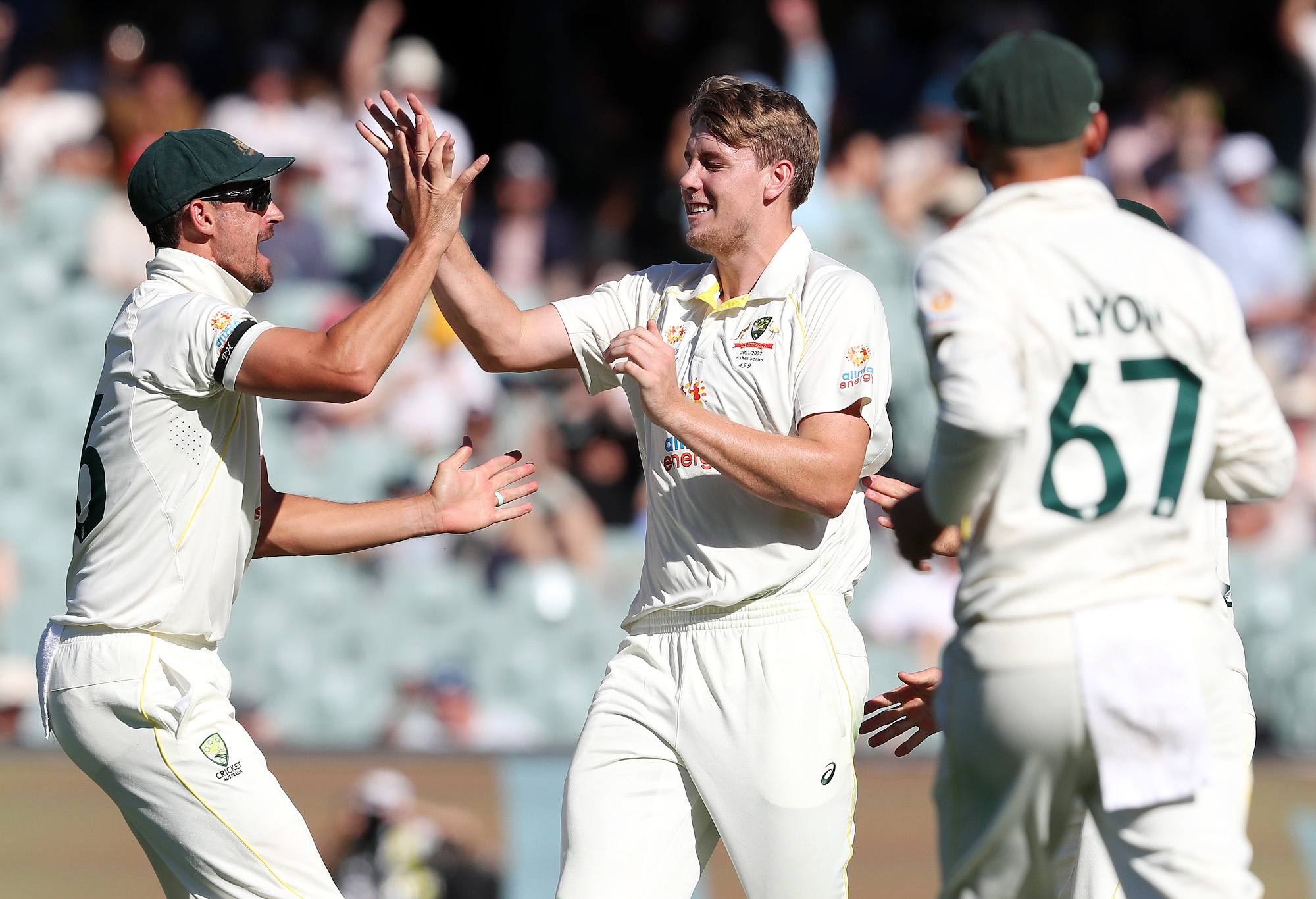 It would have been a great opportunity to eat into the England batting a second time and enforce the follow-on, while then also not exposing our top order to the swinging ball.

Green’s bowling meant the frontline quicks didn’t bowl a mountain of overs; when you’ve got a fifth bowling option as good as your first in Green, that’s an incredible asset.

Maybe, just maybe, the English tail held on a little bit longer than Steve Smith wanted to make that call, but I just thought they might make it anyway.

The quicks would have bowled in the night session, and you knew tomorrow Nathan Lyon would hold up one end and you could just rotate the other four through. Surely they would have given it a lot of thought.

It’s the conservative option, but it also gives a chance for Marcus Harris to hopefully score big tomorrow and shore up that opening spot with David Warner.

Speaking of Lyon, the bowling partnership between him and Green changed this match.

At the first break it was looking like if Root and Dawid Malan, who batted superbly, could continue on for the next hour, they were going to be into the hundreds. Then all of a sudden we’ve got a Test match on.

The bowling pressure from both ends – and it was Green originally with his wickets but then Lyon as well – ended all that.

Ollie Pope looks like a rabbit in headlights when facing the off-spinner. He ended up with three wickets; I wouldn’t be surprised if he doubles that in the second innings. It was also great to see Mitchell Starc bowl consistently well for his four wickets. Maybe he thrived a bit with Cummins and Josh Hazlewood out, when he was the main man. He certainly bowled that way.

We were hearing that he was bowling fast and full and swinging it, but sometimes you’re not sure if that’s propaganda from the team.

I thought he bowled really well at the Gabba: his control was better, he bowled full, good pace, excellent body language. Sometimes with bowlers like him who can be our most destructive bowler, but also our most expensive, you’ve got to ride the bumps a little bit.

One element that hasn’t been a big feature of his bowling is using the left-hander’s angle. He seems to be angling it across with really good pace, so his wrist and fingers must be behind it. With the new ball he’s got that swing.

If anything, it looked like Jhye Richardson might have tried a bit too hard today. He was charging in and then decelerating a little bit before he jumped, losing a bit of momentum.

He didn’t seem to have much rhythm today; maybe it’s something that he might have to work on in the warm-ups. I think I saw Green out there in the dinner break with Andrew McDonald, and they were obviously working on something – maybe the wrist behind the ball a bit more, and bowling fuller. And then he took it into that session where he knocked over Root.

He was terrific the night before, and really unlucky not to get a couple of wickets. But as opposed to Michael Neser, who didn’t bowl a lot but looked like his run-up was good – he was getting into the crease, his follow-through was fine – Richo probably had one of those days where it just looked like the rhythm wasn’t quite there.

It might be a bit of a bowl-off between Richardson and Neser on day four for Boxing Day, but we’ll cross that bridge later!

My advice for England? Keep behind the line, so no no-ball wickets, and catch all your catches – that would be a start.

A bit like at the Gabba, you can lose and you can lose with encouraging performances. Malan’s done a terrific job twice, and looks a bit of a natural for Australian conditions.

He blocks them when they’re bowled straight, though he can fish outside off stump a little bit which led to his dismissal again.

But he cuts and pulls like an Australian. The battle with Lyon was real cat and mouse stuff; I really enjoyed that.

Besides Malan and Root, I thought Ben Stokes was starting to counterattack, and he bowled with a lot of spirit. He might be building towards getting himself into really good form.

If they lose this Test, they’ve got to find out who’s in their top six. Another Rory Burns failure, another Pope failure, and they’re going to have to start bringing in players mid-series, which isn’t good.

Even if they can’t save this Test, some strong individual performances is really all they can hope for.

For the Aussies, a dream day would be runs from Harris and Green; then wickets under the lights tomorrow night; and then Lyon cleans them up on Day 5.