Can England prevent an Ashes whitewash?

It was a very similar story to the Gabba Test as from the very first ball Australia seemed like they were on top of England.

The match began with Australia winning the toss and electing to bat which was certainly the right decision because the pitch was looking superb. The first day was certainly dominated by Australia once again as there were only two wickets taken by the visitors.

The English were sent into bat for around half of the last session on day 2 after Australia had declared for an outstanding 473. England had lost the same number of wickets in that day 2 night session as Australia did in a whole day’s play, showing how one-sided this match was.

England were hoping they would be able to do something better with the bat this Test, but it was another low score from them which caused them to be trailing by 237 after their first innings. Dawid Malan top scored for England with 82, while Joe Root put up 62. The rest of the order just collapsed once again.

Australia elected to not force the follow-on, which was not the best decision, as I thought the way the English were batting, they would be all out before even reaching Australia’s first innings total.

Especially because they would have had England beginning their innings in the last session of day 3 because it’s so tough when you come up against players like Mitchell Starc with the pink ball. 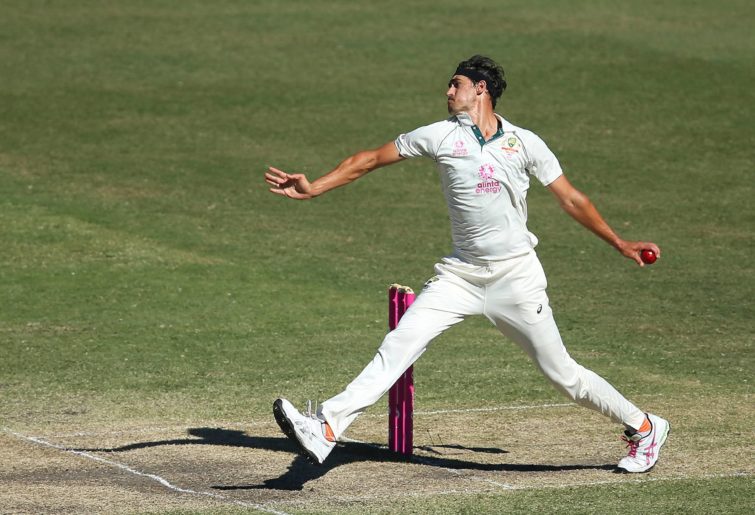 England found some hope on the morning of day 4, picking up three wickets, which left the Aussies sitting at 4-55 at one point.

Travis Head was able to settle everything down with a quick half-century. Australia ended up declaring again, this time only scoring 230, but they could afford this because of their fantastic first innings, plus they were desperate to attack the visitors under lights and have a full day to try and win the match on day 5.

Everything went to plan as England lost four wickets during the night and then were finally all knocked over at the beginning of the final session after putting up somewhat of a fight.

As I explained earlier in the article, this Test was almost identical to the first Test as England’s batting was what let them down and they couldn’t do anything spectacular with the ball, either. The only batsmen who could really do anything conventional with the bat for them were once again Malan and Joe Root, as these two top scored in their first innings.

Neither could find performances like this in their second innings, however, as both were dismissed in the 20s. Believe it or not, this team’s batting woes have been so horrible that their top run-scorer in the second innings was Mark Wood, who is obviously a much-preferred bowler and yet he didn’t even reach 50, anyway.

This was a great pitch and I know it was hard to bat because of the bounce on the last couple of days but I’m sure they still should have scored a much larger total in their first innings. Not one single batsman has shown a solid attempt to try and be a game changer as there have been zero centuries scored.

Despite the absence of two of the best bowlers in the world, replacements Jhye Richardson and Michael Neser were able to do close to the same job as these guys would do.

Especially Richardson, as he was able to pick up a five-for. The toss was so important for Australia to win which they obviously did and took advantage of this as it was a superb batting deck on days 1 and 2, however by day 4 and 5 there was a lot of bounce for the English batters to contend with.

I strongly believe that England need to rethink their batting order and I think that Malan should partner Rory Burns as an opener because Malan has been arguably their best batsman and the result of the opening pair is one of the most important in cricket.

Burns, on the other hand, has not even been alright for most of the time, however his last performance wasn’t particularly terrible as he scored 36. Haseeb Hameed would be much better batting at 3 because he has not looked comfortable at all when going up against the fresh quicks, and sitting up in the pavilion for a period of time will settle him down.

Overall, Australia have been certainly the dominant team after the first two Tests and as we know, one more win or draw will keep the Ashes in Australia.