Wallabies’ World Player of the Year nominee Samu Kerevi was been snubbed by France’s leading sports newspaper as they named just one Australian in their 2021 Team of the Year.

L’Equipe’s XV included four French players and four All Blacks along with three Springboks, Australian skipper Michael Hooper and a player each from Wales, England and Ireland. 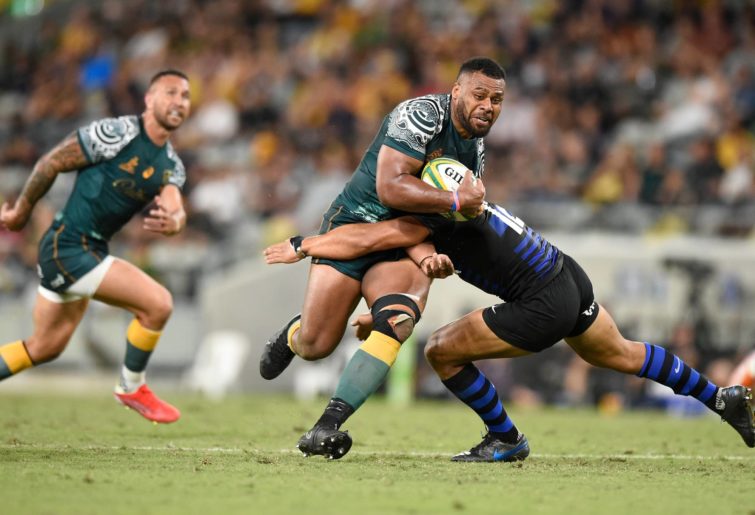 Springboks fans were put out by the absence of nominations in the World Rugby awards – but they have loose forward Siya Kolisi, lock Eben Etzebeth and centre Lukhanyo Am in the French list. The other centre picked was All Blacks’ Rieko Ioane.

English rugby prop Joe Marler has given a hilarious interview with the Daily Mail, in which he professed his strong admiration for South Africa’s Director of Rugby Rassie Erasmus.

Marler, 31, was asked what he would do if he was elected as World Rugby chairman in 2023.

“Rassie’s gold. He’s marmite but he’s got people talking about rugby. “I love him. I f***ing love him. I think Eddie Jones should start running the water on like Rassie does, although by the time he reaches the middle of the pitch the ref would already be telling him to get off!

“Rassie seems very true to himself. I’ve never met the bloke but I got his staff to pass on a bottle of red to him after we played South Africa in the autumn. He is who he is. He does what he wants. I love anyone who is authentic and stays true to who they are. You don’t have to agree with them.” 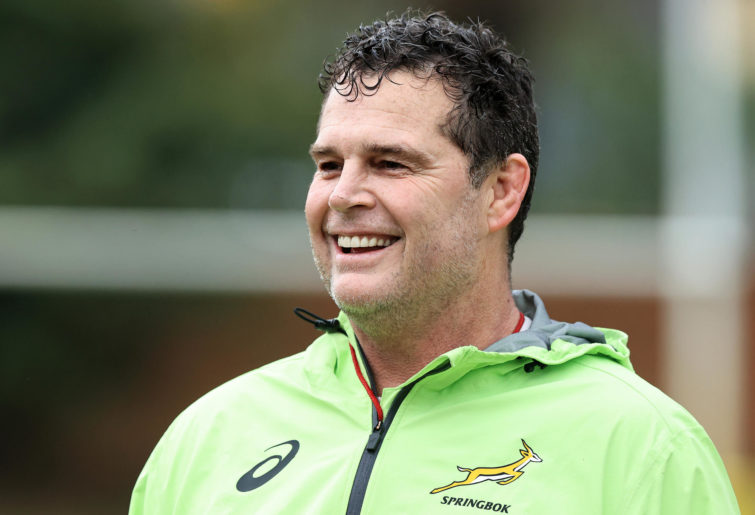 On Pichot, the former Argentina captain, he added: “I love Pichot’s swag. The suit and white trainers. Such a handsome man. I agreed with him that the bigger nations, with all the power, have been greedy and kept rugby as a bit of an elite club.”

Marler also had some serious thoughts on the game, including his dislike to the current mauling standards.

“The first thing I would do is ban the f***ing caterpillar ruck,” he says. “It kills me. The whole thing is an a***. I would go as far as saying I’d ban box kicks but I might start to sound like Clive Woodward.

“I want to see referees sanction the scrum-half for not using it when they shout “Use it”. I also want to get rid of the rule where the defence get the ball back if they hold you up and create a maul in the tackle.

“I’m as guilty of it as much as anyone but it kills attacking rugby. The maul is just becoming a s**t fight.”

Former Welsh captain Gwyn Jones has ripped into Warren Gatland’s Lions stewardship with reports that the Kiwi will lead the team to Australia in 2025.

Gatland, who is about to take over at the New Zealand Chiefs, led the Lions to defeat in South Africa this year.

Both teams were criticised for their style in what Jones wrote was “the least inspiring game of rugby in history”.

“Rugby reached new lows, on and off the field,” Jones wrote in WalesOnline.

“I’ve always hated the mind games in the press that others seem to enjoy. It spilt over during this series and created a toxic environment that dragged the reputation of the game to unnecessary depths.

“The only light relief came from loose cannon Finn Russell; a flyhalf unwilling to be shackled by the Warren Gatland strait-jacket. Suddenly it looked like a game of rugby again, but too late.

“The rest of the Lions players were unable to re-engage their rugby playing minds after weeks of methodical removal of their free will.”

Jones said he was sad that the potential highlight of players’ careers had left bad memories.

“There is no shame in losing but by being so conservative and risk averse, they were prevented from giving it their best shot. That must be a huge regret,” Jones wrote.

“It should also dissuade the Lions committee of appointing Warren Gatland ever again.”

Jones added he was concerned about Wales under their Kiwi coach Wayne Pivac, feeling that they had regressed after their Six Nations title.

“In the four games this autumn, Wales didn’t create and they didn’t threaten,” wrote Jones. “They have had two years to bed in – we should be seeing progress by now.”

“We had many great battles when I was playing over the years but since I have shifted into coaching, I think it’s no better opportunity to coach the World’s best team in the 7s arena,” Gollings said.

“I am thankful to Fiji Rugby for giving me the opportunity to coach this team and am looking forward to working with the exceptional group of boys in Fiji. The immediate focus of the course is towards the HBSC Sevens Series, Commonwealth Games and the Sevens World Cup next year in South Africa.

“Winning two Gold Medal back-to-back is something special and I know it’s a big challenge to take on but I believe that my passion for the game meets the passion of the nation so if we can match the two together and enhance the talent in Fiji then we could achieve our ultimate goals in the coming years.”

Smith capped a massive rise with a winning penalty against South Africa in the autumn series.