In many cases this may not be the best prospect coming through at a club (see Bulldogs below) but the one I believe most likely to feature this coming season.

You will, however, note that many of my selections had a taste of first grade in the 2021 season. I’ve determined who still qualifies as a rookie based on the NRL’s own criteria for Rookie of the Year eligibility:

Brisbane Broncos: Brendan Piakura
Boasting size, speed and strength, Piakura has all the tools to be an elite back rower. Piakura gets it done on both sides of the ball with his powerful ball running matched by his hard hitting, high-intensity defence.

A representative player at every level in juniors, the highly regarded teenager was last year re-signed long term by the Broncos after reported interest in his services from seven NRL rivals.

Some eye-catching performances in the Intrust competition led to Piakura making his NRL debut in Round 24 of last season. Not all however went to plan with a late hit leading to a sin-binning and a two-match suspension. Piakura was a part of North’s Intrust-winning squad, however, he missed the final after suffering a concussion in the preliminary final.

He will undoubtedly be in contention for a Round 1 position but with Brisbane’s plethora of talented young forwards, expect Piakura to have to wait for his opportunity in the top grade in 2022. 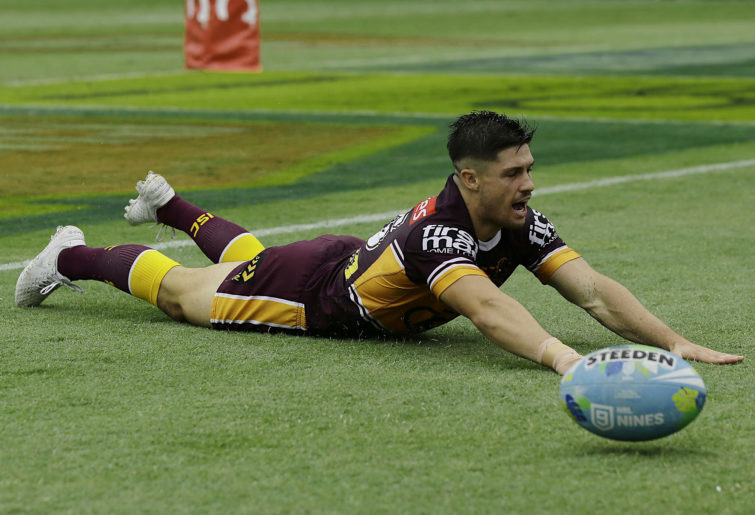 Canberra Raiders: Trey Mooney
Trey Mooney is a hard-working and mobile middle forward averaging over 100 metres and 24 tackles per game in his six appearances in last season’s NSW Cup. The 19-year-old is yet to taste first grade but has been ear-marked as a future star, evidenced by recent selection in the NSW Future Blues Squad and his standout performances in junior Origin matches.

With the likes of Ryan James, Sia Soliola, Dunamis Lui and Siliva Havili having left the Canberra side after the 2021 season, Mooney has well and truly moved up the depth chart. Though unlikely to start Round 1, I’ve no doubt Mooney will feature in the NRL throughout 2022.

Canterbury Bulldogs: Josh Cook
In a sign of just how much the Bulldogs have overhauled their roster following their 2021 last-place finish, I’ve struggled to identify any rookie players I’d confidently predict will feature in their 2022 season.

This is not to suggest they do not have some exciting young prospects on their books. Look no further than local junior Paul Alamoti for such a player. However, I believe he is still a year or two away from being first grade ready.

For all the quality signings Canterbury have made, it may be the unheralded Josh Cook who is most influential on their 2022 season. The Bulldogs have signed representative players throughout their side but are screaming out for a couple of spine players to take control of the quality around them.

Their new hooker option, Josh Cook, is one such player who may be able to do just that. Although he will likely start the season behind Jeremy Marshall-King and possibly Bailey Biondi-Odo, the former Rabbitohs rake has surely learnt a few things having spent time under Australian hooker Damien Cook.

He may not be as dynamic as his namesake but he is a very clever player who provides excellent service to his forwards and halves. He has the right type of game to allow others to shine and with the star power around him may be exactly what the Bulldogs need in such a key position.

I will note, however, that the pending arrival of Reed Mahoney in 2023 has me questioning how much time the Bulldogs will be put into Cook this year.

Cronulla Sharks: Franklin Pele
A former Australian Schoolboy who has come through the Sharks development system, Franklin Pele is a big man with a big future. The young front rower was tipped by many as one to watch for the 2021 season after an impressive pre-season that saw him shed 15 kilograms and need to be restricted from the weights room for fears he was becoming too big.

Pele did earn his debut in 2021, playing 16 minutes off the bench in Round 12. Unfortunately, a foot injury ended his season prematurely and he was not able to add to his one game.

Going into 2022, he is now injury free and again reportedly impressing at training. Though the Sharks’ pack looks stronger with the additions of Dale Finucane and Cameron McInnes, Pele is arguably better set for playing time this year.

Pele’s power running should perfectly complement the uncompromising defence and workhorse play style of the new recruits. He will be in contention for a bench spot from Round 1 but may need to wait for his opportunity in 2022.