I was inspired by the feedback and comments received on my original articles on the AFL top 100 nicknames to go back into the record books to compile lists for each club of their top nicknames.

Once again, it involved a lot of research (compliments of free time donated by COVID-19) and I discovered a number of things.

1. Nicknames were more much more prevalent 100 years ago that they are today. Hence the newer clubs contributed very few (if any).

2. Nearly every Tom, Dick and Harry was either a nickname or had one. As was every Bill, Bob, Jim, Ted, Jack and often it was the second, third or even fourth name or initial used. In the end, nearly all were rejected unless they had special meaning.

3. Many players played for two, three or even four different clubs. In the end the rule was that they were included with the club at which they played the most games, but even this created problems in the event of a dead heat!

4. There are many I may have missed. Either they weren’t included in the players’ biographies or were local nicknames only known to close supporters.

5. Despite the urging of Charles, I was unable to compile a list of 20 top nicknames for Adelaide. The same applied to all the younger clubs and University so these clubs appear on a couple of composite lists down the order.

The first ones are Adelaide and Brisbane and the next ones are University, Port Adelaide, West Coast, Fremantle and Greater Western Sydney with no contribution from Gold Coast. 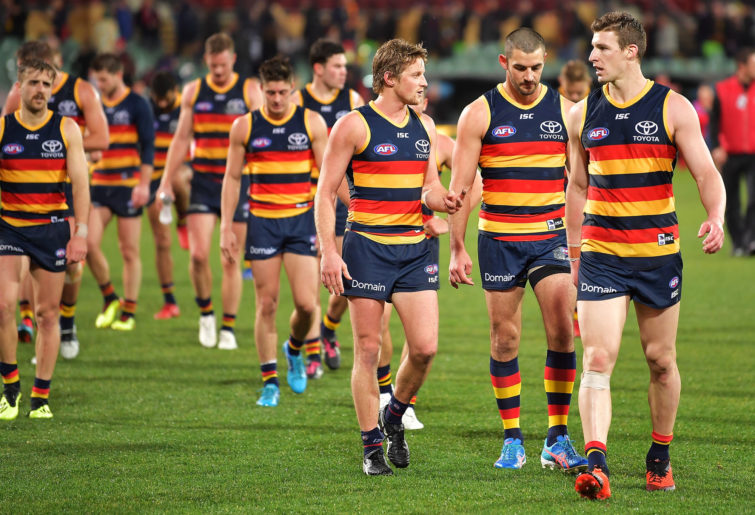 6. On the other hand, I was able to come up with a list of 60 for Melbourne and 40 for another nine clubs, including Fitzroy, but only 30 for North Melbourne (despite the suggestions of Munro Mike) and Western Bulldogs.

7. While the nickname has been recorded, the history behind it has often been lost, which is a pity and leads to conjecture as to what its significance was. Often it was in some historical context and named after some celebrity well known at that time but who may not have lasted the test of time.

8. Lou Richards, the former Collingwood captain, wrote for the Melbourne Herald-Sun newspaper and himself had a number of nicknames. ‘Lou-Lou’, ‘Louis the Lip’ and ‘Kiss of Death’ come to mind, but he was responsible for a plethora of nicknames that withstood the test of time.

9. A number of nicknames that would not pass the test of political correctness today have been included because of their historical context and the fact that they show how far we have come as a nation over the past 130 years.

10. Often, the information on the nickname holder will be little more than his full name (or initials) and the first year he played VFL/AFL football due to space restrictions.

On other occasions, it will include more information, and all those included in my original articles on the VFL/AFL top 100 nicknames (plus the glaring omissions) have been included on a club’s top 20 list.

So there you have the list of considerations that I took into account when compiling these new lists. Hopefully I will inundate you with my lists over the next few weeks so you can start the 2022 season in full cry.