Giddey is smashing records, but now he has to turn stats into wins

Australia’s Josh Giddey has become the youngest player in NBA history to record a triple double.

Yes, you read that right. This is not a typo.

The 19-year-old recorded the achievement in Oklahoma City Thunder’s loss to the Dallas Mavericks on Monday afternoon (AEDT), giving the Thunder an overall record of 13-23 on the season.

Giddey took the record of youngest of all time to register a triple double from Charlotte Hornets guard LaMelo Ball (19 years and 140 days).

Giddey achieved the feat at 19 years and 85 days. 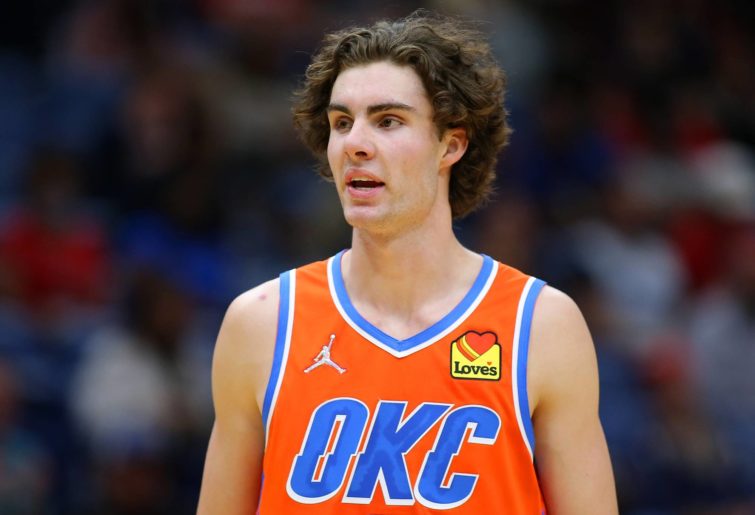 Without point guard Shai Gilgeous-Alexander, Giddey took a leading role for OKC, not only scoring a triple double but leading his team in points (17), assists (14), rebounds (13) and steals (four).

After controversially being taken sixth in the draft when there appeared to be more fancied options, particularly according to a lot of OKC supporters.

Giddey has endeared himself to the OKC fans and the league.

Surely this latest performance solidifies that opinion and with Giddey and Shai Gilgeous-Alexander, they have the makings of a quality franchise in the years to come.

For Giddey, there is plenty to work on.

But given the hype around this young talent not just in Australia but across the NBA, especially with his passing and the way he reads the game, the future is bright.

The key going forward is turning the stats into Ws.

When Josh Giddey became the youngest NBA player to record a triple-double on January 3rd against the Dallas Mavericks, he showed tremendous humility and…