From mosque shootings to a miracle: Bangladesh cricketers' incredible return to NZ

March 15, 2019 is one of the most catastrophic and desperately sad days in New Zealand history. A white supremacist opened fire at two Christchurch mosques killing 51 innocent civilians.

I was grateful to be on the other side of the world, but in Cardiff where Kiwis and the Welsh share a mutual bond through a love of rugby the empathy of the locals was overwhelming. Any hint that you were a New Zealander resulted in a hug and a heartfelt expression of condolence. New Zealand rarely hits the front page world wide and certainly not for terrorism. It was horrific.

The Bangladesh cricket team was touring New Zealand at the time. Flogged at the Basin Reserve in Wellington, the team was on a bus approaching the Al Noor mosque for Friday prayers. ESPN’s Bangladesh correspondent Mohammad Isam captured what happened next in the New Zealand Herald.

“The players were just outside the mosque, about to get off from the bus and go into the mosque, when they heard shooting and a lot of people running out, and they saw someone wounded in front of them.”

Isam later wrote that he had been called by opening batsman Tamim Iqbal during the shooting pleading the reporter to call the police for help. Isam believes it’s a prank and hangs up. Iqbal calls again, voice cracking, revealing the Bangladesh team were about 50 yards from the mosque.

Bangladesh team manager Khaled Mashud told reporters: “I would say we were really lucky. Had we arrived even three or four minutes earlier, we probably would have been inside the mosque. We are very thankful that we weren’t caught in the crossfire, but what we saw was straight out of a movie scene. We could see bloodstained people staggering out of the mosque.” 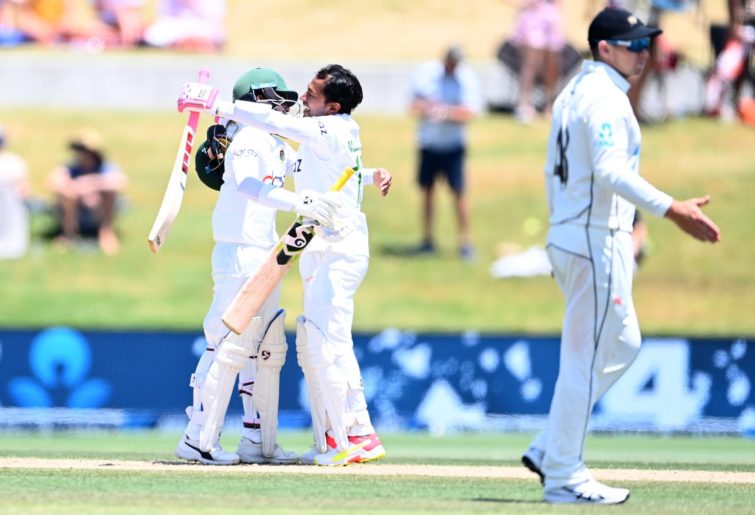 The Christchurch Test and the remainder of the tour was abandoned.

Fast forward to 2022 and Bangladesh returns with just four players left from the 2019 side that lost the aforementioned Wellington test. Two of their most-experienced players, Shakib Al Hasan and Tamim Iqbal, are unavailable for selection.

If that’s not bad enough, health authorities order the visitors to spend an additional three days in hotel quarantine after they had spent around a week in their rooms already. Rangana Herath, the spin-bowling coach, had tested positive for Covid-19. Eight Bangladesh players, identified as close contacts with a Covid-positive case in their New Zealand-bound flight, were also in isolation.

The tour is in jeopardy even before it starts. Bangladesh are paying $21 to win in Mount Maunganui.

New Zealand are the world Test champions and their roster combined has played 465 tests, scored 19,298 runs and taken 912 wickets. By contrast Bangladesh has 226 tests of collective experience accumulating 12,404 runs and 170 wickets. Removing Mominul Haque and Mushfiqur Rahim reduces that tally to 119 tests and 4067 runs respectively.

Two-thirds through day one and New Zealand is 188/2, poised for a big score. Of the dozen test victories they have achieved against Bangladesh seven have been won by an innings.

What happened next is scarcely believable. Disciplined line and length bowling complemented by sharp, smart fielding flips fortunes. New Zealand is dismissed for 328.

Bangladesh then bats 176.2 overs and responsibly toils to 458 with four players scoring over 60. Mohammad Isam proposes a theory.

“Perhaps getting away from Dhaka helps. There was a lot of talk about their poor 2021 and about what is wrong with the team. When the team plays overseas, there are fewer voices, the noise is less.”

Ebadat Hossain was a volleyball player for the Bangladesh Air Force prior to becoming an international cricketer in February 2019. Living in the barracks in 2016 he took part in a fast bowling competition in Faridpur, crisscrossing 342km southwest from his hometown Sylhet. He was one of the top three bowlers, and was duly picked by the scouts to a training camp in Dhaka. His first 10 tests resulted in an average of 81.

Hossain, with nothing to lose and a lead to defend, snares 6/46, the best figures by a Bangladesh bowler overseas. With the exceptions of Will Young (69) and Ross Taylor (40) no Kiwi batsman was able to score above 20. Four Black Caps don’t even make a run.

New Zealand, defending 42, loses at home for the first time in 17 Tests. Bangladesh had previously beaten England and Australia, but that was on home soil. Half of their 16 test victories are against Zimbabwe. They’ve lost 94 out of 127 tests.

Andy Zaltzman, statistician for BBC Radio’s Test Match Special, tweets that it’s perhaps the biggest upset in test history. From the bullets and bus of Christchurch, the result is even more extraordinary.