Future star or not, this is why Cameron Green should be dropped for Hobart Test

Cameron Green’s undoubted talent with both bat and ball has quickly seen him deemed the brightest talent to emerge from Australian cricket in many years.

That’s why any calls for his place in the Australian team to come into question, let alone for him to be outright dropped, have been met with indignation already this summer.

Nevertheless, it would be better for the team in the short term, and for Green in the long, for the Western Australian to come out of the XI for the fifth Ashes Test in Hobart should he fail with the bat again in the second innings, with Travis Head to return from his COVID-enforced exile in his stead.

After returning to the Test team in place of Head with a sublime century on a challenging surface in Sydney, Usman Khawaja has done nothing to deserve to be dropped, and everything to be given a further chance to earn his spot on upcoming tours of Pakistan, Sri Lanka and India – venues where he has seldom been given a chance in the past due to a perceived weakness against high-quality spin bowling.

Head’s superb form across the first two Tests of the series has made him indispensable; while after plenty of frustration, Marcus Harris appears to finally have found some form with scores of 76 and 38 in Melbourne and Sydney.

Separating a blooming opening combination between him and David Warner, with consecutive 50+ partnerships, now would be silly, given its importance in setting the platform for any given innings.

While Green’s bowling has come along in leaps and bounds this summer after a frustrating maiden series against India in 2020-21, that shouldn’t be enough to mask the plain and simple truth that he has been completely worked out by the England fast bowlers.

His vulnerability on off stump and his ‘back and across’ trigger movement were both pointed out by Ricky Ponting on 7 Cricket early in the summer. In being bowled first ball at the Gabba and for just 2 in Adelaide, the plans Ponting recommended for England were ruthlessly followed by first Ollie Robinson and then Ben Stokes.

Batting class is in session with Ricky Ponting.

His lesson on Cam Green's dismissal, what it says about his technique and mentality, and also an option on how to improve things #Ashes pic.twitter.com/ok0c2ROMNi

His dismissal in Sydney, edging Stuart Broad to slip for five, was more conventional, but spoke of a man so concerned with being bowled that he is now reluctant to leave anything even remotely close to his stumps.

That effectively opens up another weakness even easier to exploit for a crafty unit like England’s quicks, even without game-changing pace at their disposal.

Proving the point, four of his runs came via an edge that bisected Joe Root and Stokes in the cordon, with neither troubling to go for the ball.

Green is averaging 14.25 with the bat this series; it’s only that high thanks to an unbeaten 33 in the second innings in Adelaide, a score that can only be described as junk time runs.

That’s a worse record than Mitchell Marsh had upon his first omission from the Test team five years ago, when he was derided as the worst number six in Test history with an average of 19.70.

Were he a specialist bowler, he’d be batting at ten, with Mitchell Starc and Pat Cummins both enjoying markedly better series – Starc in particular.

With wicketkeeper Alex Carey still finding his feet at number seven, it’s also not a solution to take the pressure off Green by shifting him back in the order, despite Shane Warne calling for the same on Fox Cricket on day two.

In Warne’s opinion, moving Green behind Carey would be a psychological weight off the all-rounder’s shoulders. “He’s caught between just trying to survive and bee tough, because he’s batting at number six – he’s trying to bat like a batsman,” Warne said.

But does batting at six stop India’s Rishabh Pant from playing with the freedom and dare that saw them stun Australia last summer? Equally, it seems clear that Green’s problems are with his technique as well as his temperament – moving him one spot back in the order won’t fix that. 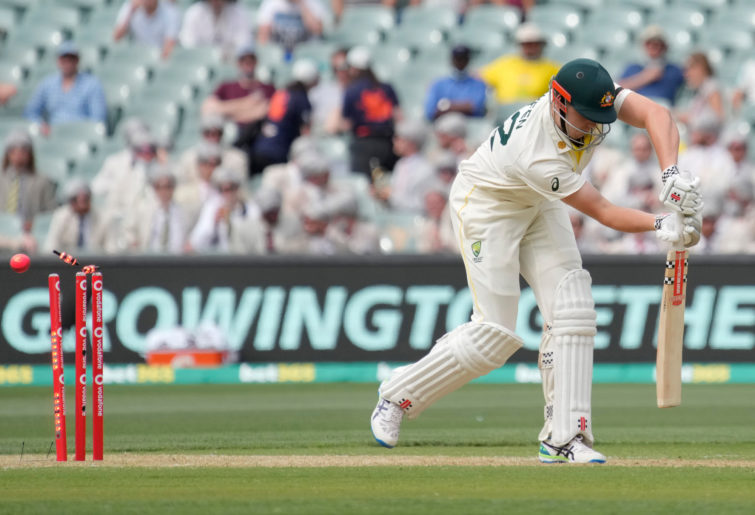 As to the question of whether Australia’s need for an all-rounder is so pressing that Green must be selected regardless of his batting form, I would point to the fact that before the Western Australian’s debut last summer against India, the team had picked a genuine all-rounder just once in their previous 11 Tests on home soil (Marsh at the MCG in 2018, in a crushing loss to India, for the trivia buffs).

Marnus Labuschagne’s more than handy leg-breaks have been all but put into storage since Green’s emergence, but he showed in Tests against New Zealand two summers ago, as well as in his debut series against Pakistan in the UAE and one famous breakthrough during the 2019 Ashes, that he can provide a Green-esque timely breakthrough.

I’d also argue that given Australia’s mastery over England’s batters this summer, any extra workload on the quicks is unlikely to be too extreme, especially on a pitch as traditionally seamer-friendly as Bellerive Oval’s.

Indeed, the one day this series where the visitors have dug in was day five in Adelaide, where Green was rested until well into the day under orders to keep him fresh.

Green is a vital asset for Australian cricket, even as early as this year: his presence on those three subcontinental tours will allow Australia to play two spinners without compromising their pace attack.

It’s more crucial for his development to allow him to begin the remedial action required on his technique with dedicated coaches now, as Marsh himself did upon being dropped from the team in early 2017, than to send him on a hiding to nothing on the most pacer-friendly pitch in Australia to face a group of bowlers who have long since worked him out.

It’s not as if this Ashes series, as great a performance as we have seen from Australia, offers any serious level of preparation for tours of the subcontinent, anyway. The most spin Green has faced all summer has been 15 balls (yep, I counted) from Jack Leach in Melbourne, before being dismissed LBW by the left-armer. 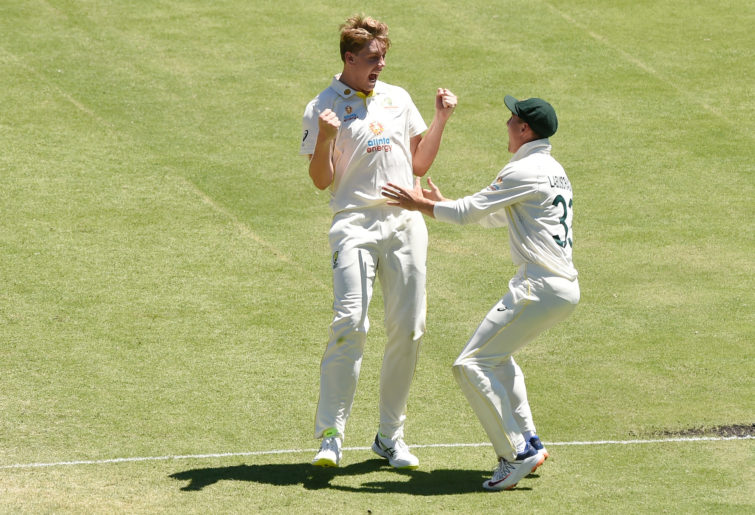 There’s a prevailing school of thought that being left out of the team early in a career can irreparably damage a player’s confidence, and set them on a downward spiral. Yet virtually all the great names in Australian cricket, from Ricky Ponting to Don Bradman, from Nathan Lyon to Shane Warne, were dropped at some stage.

Rather than shattering their psyche, it galvanised them all to improve their game to ensure they would go on to long and fruitful careers. For Green, it would serve as an acknowledgment that despite his almost limitless potential, he is far from the finished article.

Of course, Green could go out and bash a second-innings century, or even a 50, just as he did at this very ground 12 months ago against India. That would all but make him undroppable in the selectors’ eyes given his bowling exploits this series; but also would not change the fact that his batting urgently needs tweaks that cannot possibly be applied at the same time as preparing for a Test match.

Would it not be better for Green to try and recover some of his confidence with the bat – and his eight first-class centuries at an average of nearly 60 are proof that yes, he can certainly bat – in the Big Bash League or the early rounds of the Sheffield Shield resumption, than for him to continue to be cannon fodder for the English seamers in Hobart?

I think it would.