In defence of Djokovic: Australians have never given Novak the respect he deserves

For everyone – especially those not usually interested in tennis – who believe their anti-Novak Djokovic sentiments are exclusively because they think he has disdain for Australia, it is worth having a look back to when COVID was not the only thing that mattered.

If we dig slightly deeper, we might remember back two years ago to the bushfires. Novak donated $25,000 to the Bushfire Appeal, which initially seemed like a kind gesture.

However, a tour around the various social media comments sections revealed the attitude of Australian tennis fans and general public was generally that he had the audacity to not donate even more.

Being one of the only tennis players to donate to the cause was not enough not to avoid drawing the ire of the ever-reasonable mob.

One might go further and look at all the horrible things Novak has done. He has broken a few racquets, which seems to mean he is a bad person. Of course, footage of the much more civilised Roger Federer smashing racquets as a junior is hilarious, and one of his loveable quirks.

On the other hand, Novak getting frustrated that the Rod Laver Arena crowd seem to hate him despite all his success, tends to be used as proof he lacks the class to be truly likeable. And let’s never forget when he tried to murder that lineswoman at the US Open, of course.

In 2009, after Novak withdrew from a match against Andy Roddick due to heatstroke, the permanently classy Federer explained that Novak had a habit of giving up. He later described his loss to Novak in a US Open semi-final as being down to a “lucky shot” Novak hit near the end.

I suppose whenever the Serbian ends up retiring, with the greatest record of all time by a distance, that will reflect his tendency to give up. Plenty of lucky shots throughout, as well.

Of course, none of this should come as any surprise. Tennis is about class. About politeness. About strawberries and cream. Federer and Nadal embody their much more classy upbringings, and their classical training. 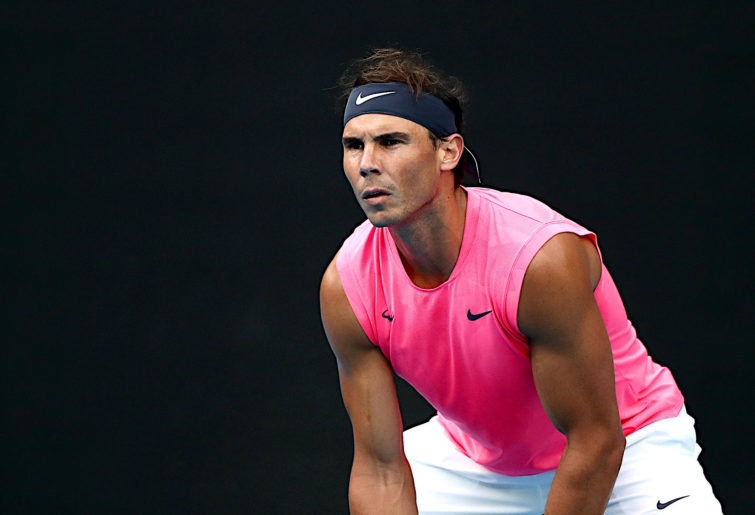 Federer has style, and historically dominates Wimbledon – the only tournament that matters to many tennis fans. Nadal is accepted because he always knew his place. He never won Wimbledon or the Australian Open that many times, and never talks of banalities like wanting to be the greatest of all time.

The tennis collective in Australia are happy for the Spaniard to win on clay, because they don’t really watch Roland Garros, anyway. Simply put, he is welcome into the GOAT club, because it’s easy to pretend Federer is still the best if only Nadal is allowed in.

Tennis fandom cares not for fighters, only for neat, private-school, white-clothed individuals. A few years ago when Novak revealed his extremely tough upbringing in his native Serbia, I made the mistake of thinking this might draw him some kind of praise. It did no such thing.

The collective Australian tennis fandom prefers to ignore Novak’s achievements. They find it easier to focus on small moments, like when he ripped his shirt open. Remember that? He ripped his shirt open to celebrate a win. How classless, they all said. Maybe he should’ve tried jumping into the Yarra, I suppose.

But now, well, he has committed the cardinal sin. He has refused to reveal his vaccination status. ‘My body, my choice’ matters, but only until is doesn’t suit your argument. And as we know, other people’s medical history is now everyone’s business.

Despite all the strict protocols Novak would have had to undertake upon arrival, and despite Omicron having no respect for whether people are vaccinated or not, Novak trying to land in country he owned for the last 14 years in a tennis sense may not be accepted. His arrival was met with outrage, and his incarceration turned all the highly-educated and intelligent people of this country into hyenas.

Completely justified hyenas, of course. Thought you could just come and play your tennis, did you, Novak? Oh, no. Not in laid-back, chilled-out pro-immigration Australia. Everyone is welcome here. We’re a very welcoming people.

Anyway, that criminal history is very hard to ignore. Broken racquets, ripped shirts, rogue balls hit at lineswomen, only donating $25,000 to a good cause. He is not a trained seal like Federer and Nadal. The list goes on.

Oh, and Novak sounds like Novax, which is hilarious.