A Proteas side, bereft of stars in their batting ranks, played positively from the start of the innings and never gave India a chance to stop them. They will take confidence and momentum going into the Cape Town Test on the 11th of January.

India’s batting refuses to put their hand up
Ever since the start of 2018, the brilliant results produced by the bowling unit has largely papered over the woes of India’s batting on foreign soil. The stout refusal to make Cheteshwar Pujara and Ajinkya Rahane pay for their poor run with the bat is hurting the team. I refuse to accept sporadic fifties as examples of ‘class being permanent’.

One look at Pujara’s historical record in South Africa will show that he has been permanently ordinary in this part of the world.

Rishabh Pant’s loss of form has hurt the team, which is already playing a batter short. The Indian batting unit needs to be competitively staffed and not let incumbents stay based on feeble scores.

The batters at 3 to 6 are the engine room of a Test unit. Their expectations should be to score centuries at regular intervals and not sporadic fifties. If Pujara can make such a statement after a paltry fifty, it tells me that the management is not setting him proper benchmarks.

In the 2000s, Anil Kumble said that they managed to compete better only after the Indian batters started to put up big scores outside India. The current Indian team is replicating the Indian batting of the ’90s.

Luckily, they have not been held accountable due to the world-class seam bowlers. Despite this loss at the Wanderers, I am sure there will be just one change in the batting unit, to drop Hanuma Vihari to bring back Virat Kohli.

India’s fast bowlers didn’t get the length consistently right
Like the one at Perth, the pitch at the Wanderers offers extra bounce off a good length. This nature of the pitch seemed to have disturbed the lengths of the Indian pacers.

Jasprit Bumrah bowled either too full to be driven off the front foot or too short to let the ball go well above the South African batsmen. In addition to getting the length wrong, his grouping of balls in an over was inconsistent.

Particularly in the second innings, the Indian bowling unit failed to produce a consistent spell of a few overs where the bowlers bowled a tight line and length to put pressure on the batters. There was a four-ball in every over, and the Proteas rarely felt under pressure during the chase.

India leaked runs throughout the second innings from both ends. Ravichandran Ashwin also did not get his length right on this pitch. If, as the lone spinner, Ashwin had found a method to keep one end quiet, KL Rahul could have rotated his quicks from the other end.

Shardul was not able to get his customary breakthroughs in the second innings. However, he was the most economical among the bowlers, going at less than three an over.

South African batters came good
Dean Elgar plays and misses eighty per cent of his innings. However, it is an optical illusion from his style of playing inside the line of the ball, a technique that works well in seaming or turning conditions.

He made the Indians bowl straight to him, and he picked them off on the leg side for boundaries. India’s bowlers should have understood this style and stayed patient outside the off stump. 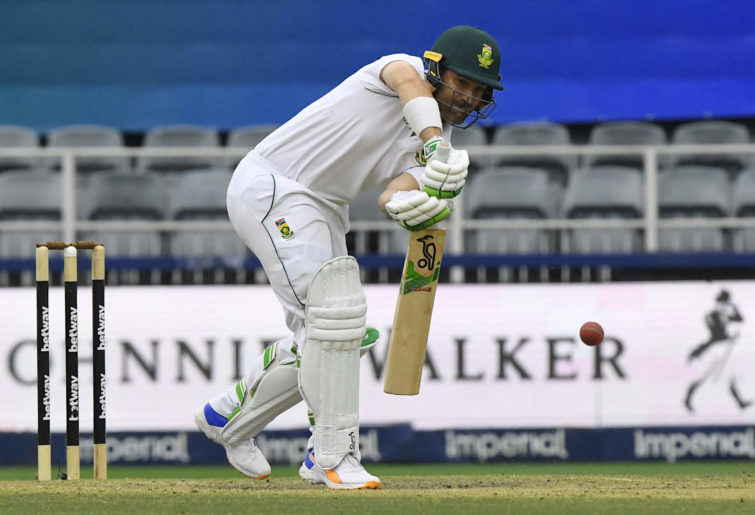 The Protean scorecard might not have shown a century, however, it contained many 20s and 30s, which added a lot in these conditions. The other batters like Keegan Petersen, Rassie van der Dussen, and Tenda Bavuma showed great technique to stay focused and punish the bad balls for runs.

These valuable runs all through the batting order allowed them to get a slender lead in the first innings and make India pay for batting poorly in their first innings.

South African bowlers hit better lengths when the pitch spiced up
The pitch at the Wanderers swung between a batting beauty and a witch based on the timing of the usage of the roller. When the pitch was flat, both the teams scored at express rates, and the bowlers could not keep the batters under check.

Once the effect of the roller passed, the Protean bowlers bowled better lengths to get the Indian batters out. The spell that Kagiso Rabada bowled in the second innings to get three quick wickets is a good example.

Rabada bowled the right length, bringing the ball to an awkward height to the batter. He also rattled Rishabh, hitting him on the helmet, and forcing him to play a panicky slog.

All set for Newlands
The Cape Town Test will be a big challenge for the Indian team. Many of us deemed this South African team to be their worst ever. However, after seeing the Proteas over the first two Tests, I see a talented young group of players coming together for South Africa.

Except for day 1 in the Centurion Test, they ran the Indians close and have rightfully knocked them out on the fourth day of the second Test.