Parity is the new rarity

Five of the teams are capable of winning the tournament. Three (France, England, and Ireland) seem able to win a Grand Slam.

Whilst France is the clear favourite of the bookmakers, courtesy of a dream draw and their decisive win over the All Blacks in 2021, they have not won a cup recently.

Also, as tightly-wired coach Fabian Galthie knows all too well, his young team has issues with mercilessly closing out wins in the balance. He will seek to lose the tag of ‘les infants terrible’ and play smart rugby against skillful rivals.

Ireland has an intricate and wide attacking structure functioning fully. England may have seen their Six Nations nadir in 2021 and be on one of their upswings. 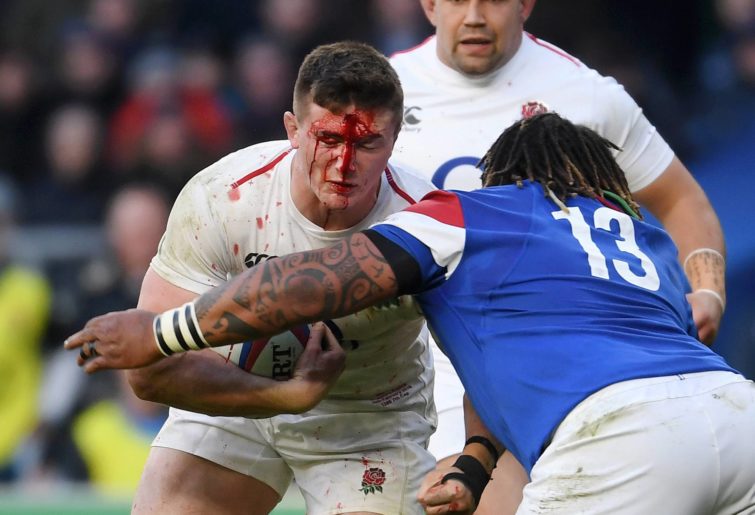 Scotland have a Lion-stacked once-in-a-generation backline with all key players perfectly aged (28-30) in their prime. Injury-ravaged and cash poor Wales thrive in the Six Nations by exceeding expectations.

Ordinarily, to set odds, we would go to the draw and find the 3:2 teams. When Italy joined the competition in 2000, a new dynamic began. Teams alternate between a 3:2 and 2:3 ratio of home to away. The winner tends to be from the 3:2 flight. For a Grand Slam, 75 percent have a 3:2 draw.

But Covid has lessened the traditional 60 percent plus home advantage in rugby.

French academicians Adrian Sedeaud and Quentin de Larochelambert did a 2012-13 versus 2020-2021 study of “The Covid-19 Pandemic Effect on Away and Home Victories in Soccer and Rugby Union.”

They compared results in four rugby competitions which have low travel loads (the Premiership, the Top 14, the Celtic League, and the Pro D2). The proportion of away match wins increased significantly in rugby, even more than in soccer: from 38.0 in 2012/13 to 42.8 in 2020/21. Obviously, empty stadiums drastically reduce home advantage (full crowds boost home teams and have proven effects on referees). But in the 2020-21 Premiership season, home advantage essentially vanished.

Last season, Scotland was the exemplar of the trend, exorcising an almost 40-year Twickenham curse and cruelling French dreams in Paris, whilst stumbling at Murrayfield. Historically, Scotland relies on home fixtures for three-quarters of its log points.

The other wrinkle is some home games will be more home than others. Wales is contemplating sighting their home matches in England. Scotland has a 500-fan cap in place, albeit the First Minister Nicola Sturgeon is on the phone with London to work out a fix. France has a 5,000 spectator ceiling, and it may be stricter still. Meanwhile, England can pack 80,000 into Twickers.

Thus, even though France host both Ireland and England in Paris, nicely spaced, after a gentle Italian job to open the tourney, one suspects the Pandemic Effect and an uneven crowd size may outweigh history.

In every round, there’s a Test match defying prediction:

Omicron, highly contagious if not as deadly as Delta, is speeding through Europe.

President Emmanuel Macron has announced he wishes to make life ‘miserable’ for the unvaccinated, and he may extend that to Perfidious Albion’s rugby team. All of French rugby (and their opponents playing in France) must be fully vaccinated. That includes fans, officials, players, and staff. A negative test won’t do. Irish and English players are not in lockstep on this.

The Welsh Rugby Union cannot catch a break. The Principality is loud and proud. But it may go empty. Having lost out on vital gate proceeds in 2020 and 2021, reigning champion Wales is looking at playing Scotland, France, and Italy in some to-be-determined English stadium. I suggest Anfield; it’s already red and lucky.

Scotland might fancy a rerun of 2021: in that case, playing Eddie Jones’ team in a full Twickenham may be better than cavernous, empty, frigid Murrayfield on the 5th of cold February.

Dublin, with a full house of full-throated and full-glassed Irish, is the very definition of a tough away. But sporting congregations are capped at 5,000 right now. Thus, Celtic visitors Wales and Scotland have a better chance than usual.

There is a real danger of the tournament being scratched. Exeter coach Rob Baxter has come out in favour of playing the entire tournament in one country (presumably, cheekily, in England, with no crowd caps) and many have agreed.

If the Lions series taught us anything, even the closest of contests loses its fizz with empty stadiums and causes most to dissect the flaws. The Rugby Championship hosted by Queensland in 2021 presented a viable option for bubbled teams playing in a festival environment, even if it clearly taxed the long travellers. The Six Nations is a compact, travel-lite comp.

Putting all the matches in England makes sense, but one hopes they could be played in places like Bristol and Leicester and Bath; not just at Rugby HQ.

Will the attack keep the upper hand?

From 2014 through 2021, that aggregate rose steadily, in a squiggly line, but up nevertheless to over 5 tries and reached a high of 5.7 tries per match last year.

This corresponds to the rise in the Six Nations’ key domestic leagues’ scoring.

But defensive coaches have had a bit of time now to study how to adapt their rush defenses into umbrella shapes, stacked layers, pincers, and early reads.

2023’s World Cup looms, and nobody but Eddie thinks semifinals and finals at the Big Bill Ball in Paris are going to be 6-try affairs. 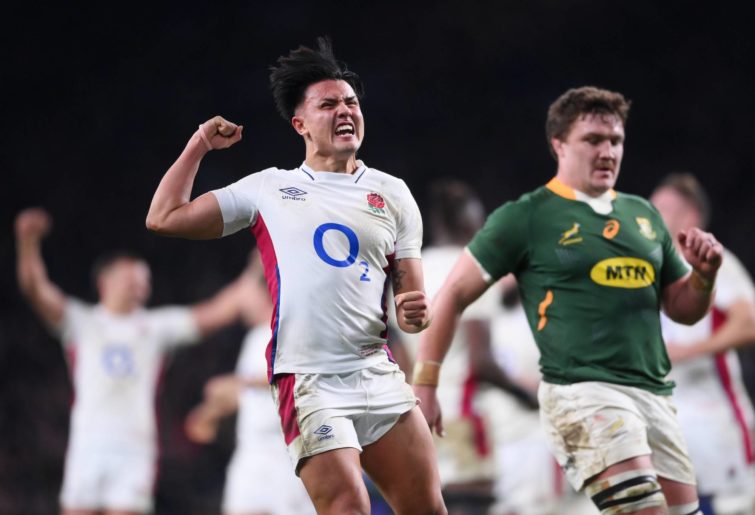 Expect a plateau or dip in tries scored in this year’s 6N, unless Italy provides the other five a record tally. Last year, they were negative 184 points, so it is possible. But with Japan and South Africa making public overtures, and both bringing far more money and talent, Italy may be able to finally use its young talent (their U-20 team have been good) like pacey Federico Mori to effect. What they need is a better defensive structure.

Have Ireland and Scotland Peaked Too Soon Again?

Lions are all over Scotland’s backline: the Lions starting scrumhalf Ali Price (28) feeds the wizard Finn Russell (29), who sets Chris Harris (30) free to open up a lane for the Afrikaner android Duhan van der Merwe (26) backed up by Scotland’s most prolific try-scorer Stuart Hogg (29).

In the pack, the Player of the 2021 Six Nations was wee Lion Hamish Watson, who seemed to lose his Samsonite powers when he lost his mullet, but is still handy.

Does it get any better for the Scots? Will it ever?

And yet, one gets the feeling Scotland will finish fourth or fifth, just ahead of 16-time wooden spoon Italy) because of the high quality of the “Big Three” in the North and because they still don’t have the set piece to withstand the Irish, English and French. Not enough Jock locks; and most of the Saffas they import seem to be props instead.

And what of the Irish? Their attack—smart and relentless—is one of the most complex in the world now. Robbie Henshaw, Bundee Aki, and Garry Ringrose are in total synch. Jonny Sexton is on a mission, as is James Ryan, to conclusively prove their Lions snubs were absurd.

Yet, are they as good as they can be? Is there any meaningful improvement possible in 2022? Where will it happen?

The 12 March matchup with England (in Dublin, for now) looms large. A box office bout between young Freddie Steward and the underrated Hugo Keenan. If Keenan can take his game to the next level, that would be a point of difference. Also, Caelin Doris (23) looks like a superstar in the making. In the Autumn series, he was the top carrier (36) and ruck-joiner (99) of all teams.

Irish hopes will soar if they can navigate their first two tests (Wales at home, then France in Paris) successfully.

However, I project them to finish third, behind England and France.

Are France for real?

Hosting both their key rivals at the Stade de France (on paper) where a real show was put on versus the All Blacks, the French seem to be on the verge of their moment.

It all seems quite auspicious.

Nobody out-nationalises France when it comes to rabid partisanship. The entire infrastructure has pledged fealty to the national effort. The ominously-bespectacled Galthie is getting buy-in from the fickle owners of the Top 14. Intellectual property is being shared, according to my good Montpellier, Toulon, and Clermont sources. Hatchets are buried. Ancient rivalries soothed. Fitness is finally a thing to be measured.

They have one of the very best backs in the world at the moment in Antoine Dupont. Romain Ntamack and Gael Fickou are on top of their games, too. Melvyn Jaminet (just 22) looks like never missing a vital kick. Damian Penaud looks like he should be in the Asterix comics as a Gaul going to the Olympics. Cameron Woki looks like the gladiator who beats him.

But … where is the rugby silverware?

Giving it away in 2021 was not the sign of a merciless would-be world champion.

It is not an overstatement to say France failing to win the Six Nations this year—again—may cause the familiar French infighting to reassert itself.

France is a country always in revolution, and rugby is not immune.

Eddie Jones is writing books, working in Japan, learning to use a sword, visiting podcasts, practicing wood joinery, and on the side, coaching English rugby.

2021 was a disastrous Six Nations. Record-setting points allowed, a fifth place, and allowing Scotland to take a chunk of the cabbage patch; Eddie’s team was in a funk, leaking penalties.

After spending a perfect post-defeat 2020 honing a Springbok-like pack and defence, England was poised to add the excitement from the remarkable Premiership attack league. Instead, de-Farrelling was delayed, and it was only after a sudden new theory and revelation that 2023 would be the highest-scoring World Cup ever, Eddie really used players like Steward, Marcus Smith, and the excellent Alex Dombrandt; and set Henry Slade free to play de-Farrelled footy.

Adding that type of joyous youthful talent to a core of the quality of Manu Tuilagi, (still young) Tom Curry, Maro Itoje, Kyle Sinckler, and Sam Underhill, England was hard to beat again.

South Africa, on their last legs of 2021, got close but fell in the last minutes.

It looks better now for Eddie. But what was that 2020? What does he really think? Does it make sense to the players?

What did George Ford or Jamie George do wrong? Is Smith allowed to really play? How many bad plays or bad kicks will he be allowed to have? What is the plan for Farrell?

England rarely has two bad Six Nations in a row.

But there is a worry and it’s not about the excellent players. It’s about the coach.

England will face pesky Wales, with fearless lads like Taine Basham, baptised by fire in the autumn; and always tough Ireland.

But it’s Le Crunch where we will get the best sense of which vision is best set: Galthie’s loose but rabid grip on a band of brigands, or Eddie’s manic change brigade.

I have never looked forward to a Six Nations as much as I am this one. Fingers crossed, mask on, and vaccines aplenty. Let the boys play!