The stress was suffocating, but English stoicism collided with Australian agitation as England survived to avert ‘the grisliest ignominy’ of an Ashes series whitewash, noted the English press pack with huge relief.

A fantastic fourth Test came down to a final pulse-racing over bowled by Steve Smith to England’s No.11 James Anderson with 10 fielders crowding the bat “squawking at him like frenzied kookaburras” as the battle-weary tourists salvaged a famous draw in the Sydney gloaming.

England head to Hobart for this week’s fifth Test having avoided the possibility of a whitewash after a gutsy last-day rear guard at the SCG.

“Joe Root might have fallen far short in Australia of the greatness he craved. But he has also averted the grisliest ignominy, ensuring he will not be bracketed with Johnny Douglas, Andrew Flintoff and Alastair Cook as England captains who have lost 5-0,” solemnly declared Oliver Brown in The Telegraph.

“After a torrid tour that has challenged even his Job-like patience, this consolation will feel like the sweetest of mercies.

“As James Anderson took guard in the gloaming, a gaggle of close Australian fielders squawking at him like frenzied kookaburras, the tension was almost intolerable. Ben Stokes could watch no longer, pulling his training shirt up over his eyes. 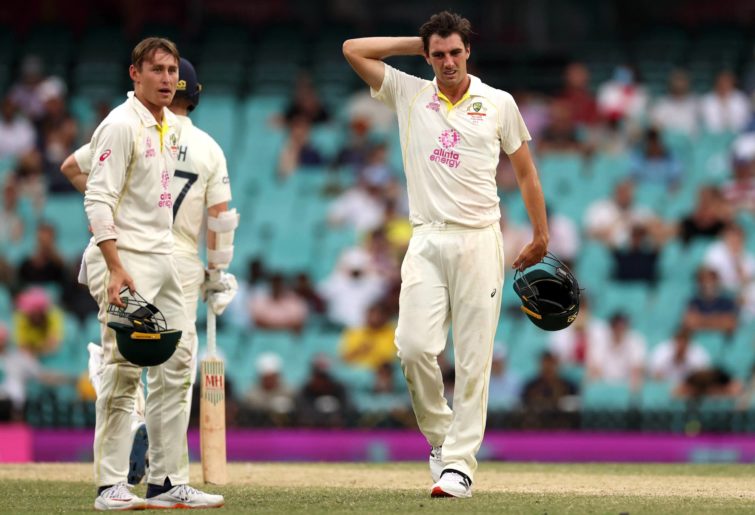 at Cummins of Australia looks on as bad light sets in during day five of the Fourth Test Match in the Ashes series between Australia and England at Sydney Cricket Ground on January 09, 2022 in Sydney, Australia. (Photo by Cameron Spencer/Getty Images)

“And yet in that laconic style of his, England’s No 11 proved equal to the moment, patting Smith’s last delivery safely into the turf and restoring a measure of self-respect to this team’s accursed Ashes tour.

“The stress of the closing act was suffocating. Nobody gave England a prayer when, seven down after two Pat Cummins wickets in three balls, they faced another 12 overs’ bombardment with only the tail.

“But this was to reckon without the collective obstinacy of Jack Leach, Stuart Broad and the immovable Anderson, their resistance only growing as the field settings became more aggressive.”

“Instead, this was where Australian agitation collided with some classic English stoicism.”

Nick Hoult, writing in the same newspaper, recalled a similar Ashes scenario of brinkmanship in 2009.

“Just like in Cardiff in 2009, when last pair Anderson and Monty Panesar survived 69 balls, Australia could not dislodge the final wicket and England clawed back some pride, batting out 102 overs,” Hoult detailed.

“After the surrender in Melbourne came some fight and determination, England somehow recovering from 36 for four in the first innings having conceded 416 for eight, to draw a match they should have lost by a mile.

“Such rearguards can be the reset a beaten team needs. Forget talk of dead rubbers in Ashes cricket, England must take plenty of heart from stopping the Australian juggernaut.”

Former England captain Mike Atherton said the fighting draw was a small mercy in the midst of a “horrible” tour.

“Somehow, in an epic last hour that will be long remembered by those who witnessed it, England hung on for the draw,” he chronicled in The Times.

“So the whitewash will be avoided, which is a small mercy to take from a horrible tour. Few observers who have followed the England cricket team over the past two years expected anything other than defeat, for sure.

“A combination of the historical difficulties of winning here, the batting frailties, in particular, and the strength of Australia’s pace attack offered a sobering assessment before a ball had been bowled.”

The Guardian’s Ali Martin duly noted: “Although relief was the prevailing mood among Joe Root’s weary tourists this has not been a trip to get carried away with a burgled draw but having batted through 102 overs and fighting back from seemingly ruinous collapse to 36 for four on the third morning, England finally denied Australia through a collective performance.”

The Sun’s John Etheridge said England owed much to their two “patients” for enabling the backs-to-the-wall draw.

“Although it was Broad and Anderson who closed the door on Australia, it was two of the English patients who did most to ensure the escape and keep the series score at 0-3 with one Test to play,” he wrote.

“Ben Stokes and Jonny Bairstow remained defiant for more than 100 balls each and that was key to England’s survival.

“The pair are both suffering injuries that make them doubtful for the Fifth Test on Friday but they showed skill and stubbornness.”

“The best batting came from Zak Crawley. He was composed, balanced and fluent in his footwork and striking of the ball,” Boycs said approvingly in The Telegraph. 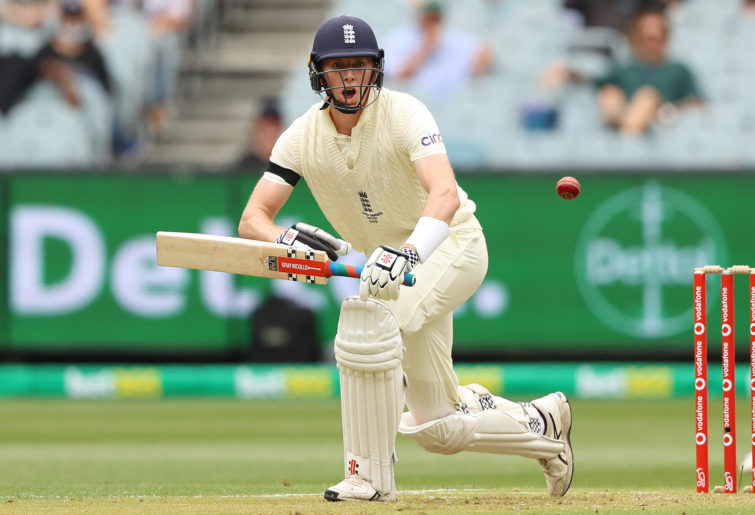 “I can’t say the same about Haseeb Hameed. For me, he hasn’t got it. England have to make a change.
“With the players they’ve got out there they’ll probably revert to Rory Burns for the last Test match but I feel Dawid Malan would be a good foil for Crawley up front. Malan is more comfortable against the faster bowlers.

“I would move Malan up to opening. As a stopgap, until England find a number three, then Joe Root should move up the order. He prefers number four. I would prefer him to bat where he prefers because he is our best batter – but at the moment, it’s needs must.

“I’m sorry Jos Buttler has been injured and will have to go home – but his wicketkeeping has been poor and his batting worse. Buttler should now go. He isn’t as good a wicketkeeper as Bairstow and Bairstow is a better batsman against quality bowlers – that’s the important thing.”

Simon Wilde, in The Times, said England’s stand-out on the drama-laden final day was the batting of Crawley.

“Crawley’s approach, late on Saturday night and again on Sunday morning, was a revelation. He took the attack to Pat Cummins and Mitchell Starc in a way no other English batsman has managed in this series,” he said.

“Nine of the 13 fours he struck in his innings of 77 came off this pair and not many of them involved anything but the middle of the blade. His timing was sublime.

“If the amount of time Nathan Lyon spent getting into Crawley’s ear during his hour-long first innings was anything to go by, the Australians think he is a threat too. They do not bother talking to Hameed.”