Should Jos Buttler hang up the gloves in Test cricket?

In white-ball cricket, Jos Buttler can be a seemingly unstoppable force and one of the few batsmen who has that fear factor among bowlers.

With 148 matches in ODIs, he has an average of 38. But his average in the recent years has been far better, averaging near 50 in 2018 and 2019 when the last proper ODI cricket was played.

He is an able keeper, having a dismissal-to-innings rate of 1.47 with over 180 catches along with over 30 stumpings.

He has shown good leadership qualities too, winning three out five T20Is and five out of eight ODIs as captain.

However, the same cannot be said about his red-ball career.

Apart from 2018 when he played mostly on home pitches and a weakened Sri Lankan side in the away games he did play, he has not met his potential in terms of numbers.

Jos Buttler is just not the same force in Test cricket, averaging just 31.94, lower than the likes of Jonny Bairstow (34.14).

And his wicketkeeping performance is worse than someone like Ben Foakes could perform. 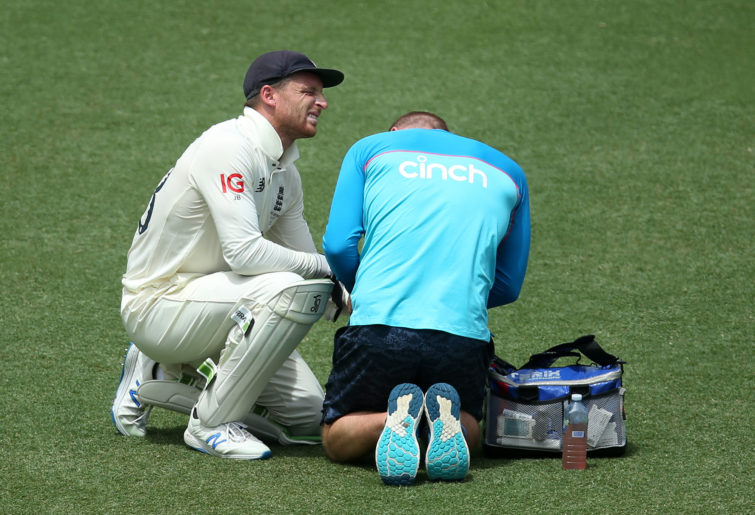 His dismissal-to-innings ratio is marginally lower than his performance in ODIs, which is not a positive representation of able Test wicketkeepers.

Buttler has been given the important number seven position, which is thought to play the second new ball just like Adam Gilchrist used to play back in the day.

But Buttler just does not give the same confidence ‘Gilly’ did. He averages only 27 in 34 matches in the position, which is poor.

If England do not have a competent keeper-batsman (that is perhaps a bit unfair to Jonny Bairstow and Ollie Pope), then they should focus on competent pure keepers.

Runs can be saved and wicket opportunities can be seized if a team gives the spot to a keeper of that standard.

As an English fan, I concede that I might be harsh on him due to his Ashes performance.

But he should just do an MS Dhoni and focus purely on white-ball cricket, where he is far more likely to flourish both as a batsman and a keeper, while planning to take over the white-ball captaincy once Eoin Morgan retires.