The Ashes has one match remaining and Australia have severely dominated England all series and are still 3-0 up after a thrilling one-wicket draw in Sydney.

With the series well and truly won, one of the largest debates at the moment is who will make up the XI for the final Test in Hobart.

The fourth Test came down to the last ball as England started the day with no wickets lost and needed to survive the day if they wanted to rule out the possibility of a whitewash.

After the first session you could tell that the English did not want to chase the win and instead decided to defend and play for the draw.

Australia was forced to only bowl spin in the last four overs due to the lighting and with two wickets needed it was Steve Smith who got the breakthrough.

This left Stuart Broad and James Anderson in the firing line of the last two overs. Despite Smith and Lyon’s best efforts to grab a wicket, the bottom two batters were able to stay alive and defended the last 12 balls to create a miracle escape.

We are seeing one of the best Australian teams in a while as they have got a ton of great talent at their fingertips.

Some players that should be in a Test team are not selected as there are so many great options to choose from.

Josh Hazlewood has only been able to participate in the first Test and it will stay that way as he has been ruled out once again due to injury.

Aussie selectors have been tempted to rest Mitchell Starc and possibly bring in Jhye Richardson, however, Starc has been almost demanding that they let him loose. Starc is obviously a brilliant fast bowler, and he can certainly be a huge game-changer with the pink ball. 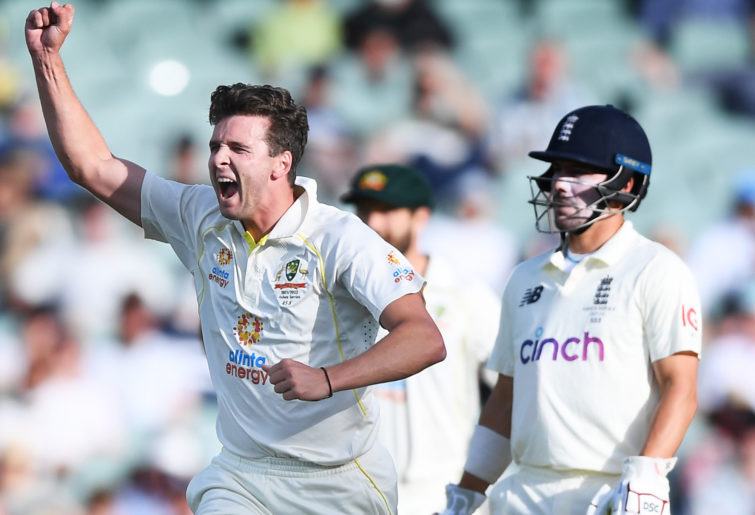 This is the Ashes and there is no time for rest, despite the series already being won. I think that the bottom order needs to remain the same as the most recent Test. Many are weighing up wether Cameron Green needs to be dropped or not.

Green hasn’t been horrible this series as he has taken some of the most important wickets, however, his batting hasn’t been up to scratch. He is averaging 22 runs, with only one half-century which occurred in his latest innings. I do still believe that they need to keep Green in the side as having an all-rounder in your team is a real boost and I think that Green has a lot of potential, and he can show this in Tasmania.

This most common debate in recent days is what will the top six look like? Usman Khawaja was the replacement for Travis Head, who had COVID, for the New Years Test. Khawaja scored hundreds in two straight innings. He was easily the Aussies’ best batsmen in Sydney, and I can’t see him missing out on this next Test.

Head is eligible to return for the next match and this has given the selectors a headache. The three locked in batsmen are David Warner, Steve Smith and Marnus Labuschagne That leaves Alex Carey, Travis Head, Khawaja and Marcus Harris. One of these guys is not going to be selected and there are many mixed thoughts from fans.

Obviously, I explained before that Usman needs to be given another game, Carey is a solid wicketkeeper, so I think he needs to keep his spot and that means there’s two left to pick from: Marcus Harris and Travis Head.

I like to base my opinions on form, which is why Harris needs to be dropped. I don’t think he has done enough this Ashes to prove that he is a long-term Australian opener. He has averaged only 22 runs and he hasn’t made a major impact in any innings besides Melbourne.

I understand that he averages the same amount as Cameron Green, however, as I said before Cameron is an all-rounder which is so important. I think that Head has got the wood over Harris as he scored a sensational 152 at the Gabba and a half-century in Melbourne.

The batting order is also very important, and I think that Khawaja should open with Warner as that is a dynamic duo and then having Marnus and Smith right after is just a lethal top four. I think that Head is a better batsman right now, therefore Carey should bat at No.5 because need to have the better batsman at 6 rather than 5.

This means that Head can bat at 6, allowing him to be a strong supporter if he must bat with the beginning of the tail.

The selectors have a big problem on their hands but if something was ever a positive problem then this would be it as there is so much greatness to choose from.