A new future for Spanish rugby

Two of these nations are Spain and Portugal, both of which have teams progressing through to the semi-finals.

The Lusitanos XV represent Lisbon, which is the centre of rugby in Portugal, with the majority of the top-flight clubs hailing from the City of Seven Hills.

The team is older than you might think as the Lusitanos were founded in 2013 and played their first professional games in the 2013-14 Challenge Cup, against the likes of Stade Francais and London Irish.

Despite losing all six matches by an aggregate of 68 to 325, the team was revived for the Super Cup.

Unlike the Lusitanos, the Castilla y Leon Iberians were founded in 2021 and are based in Valladolid, Spain, a rugby hot spot.

The club is backed by three feeder clubs: Valladolid RAC, El Salvador Rugby, and Aparejadores Rugby. And they are supported by the Spanish Rugby Federation.

The initiative by Rugby Europe has seen professionalism enter many tier two and developmental one nations with the aim of bridging the game and providing more quality match-ups.

More teams from nations such as Romania and Germany are touted in future to further grow the game, with the Rugby Europe Super Cup striving to reach 16 teams and be linked into the Challenge Cup through promotion. 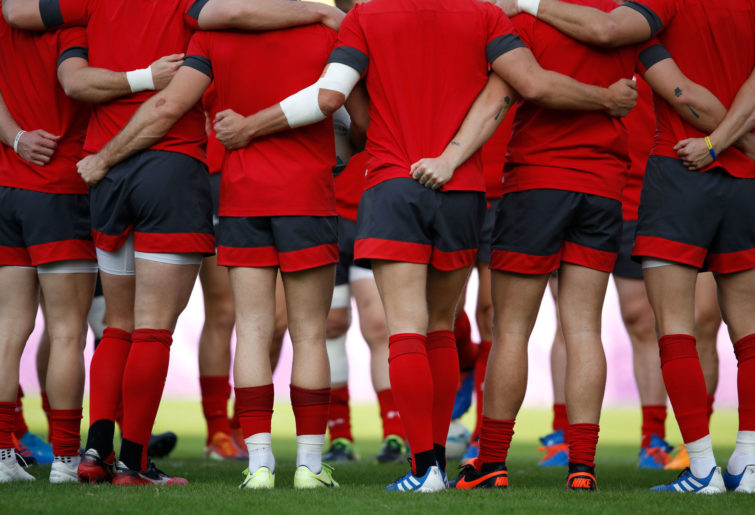 The Diables will partake in a new European league set to kick off in October 2022. Reportedly, the Spanish capital Madrid was also linked to having an unrevealed franchise in the new competition.

The primary backers of the competition maintain that some of the teams will be from South Africa.

It is a real possibility that the Cheetahs may have found a new home after being cast into the dark for a second time by the new United Rugby Championship.

Perhaps the Griquas and Pumas, hailing from the Currie Cup, could be included too.

It is unclear at this stage whether the Lusitanos and Iberians will join Diables Barcelona and Madrid in this new league.

The new privately run competition is separate to that of the Spanish Rugby Federation, which creates a wave of doubt as the wants of private owners may differ to the administration body.

Whoever is involved in the competition, it seems to be shaping up to be like a United Rugby Championship B.

With Valladolid, Barcelona and Lisbon having new professional clubs and Madrid to be unveiled, it is worth asking, why bother including South Africa?

It would make more sense for a new league to stay local, just as the MLR and SLAR competitions have done.

South African teams participating in a new European league do have their advantages. The Cheetahs would help other teams improve drastically through exposure to a higher level of playing.

However, these new Spanish teams could perhaps seek instead to join and expanded Challenge Cup, exposing them to even more top-tier competition that is closer to home.

It is better to play against Challenge Cup teams four or six times than against the Cheetahs potentially twice.

Truthfully, when incorporating teams from other continents, the disadvantages outweigh the advantages. Travelling to South Africa is more expensive and time-consuming than just around the Iberian Peninsula.

It is a financial burden on a proposed new league, which will most likely have limited funds and budgets to begin with.

Additionally, travelling to South Africa may prove to be difficult with the pandemic, as seen with the URC, with several matches needing to be rescheduled.

The Cardiff Blues were left without 32 members of the squad, with many of them spending a month in quarantine. Dai Young, director of the Cardiff Blues, was quoted as requiring convincing to return to South Africa after the ordeal.

To add fuel to the fire, the South African teams don’t seem willing to give up home advantages and play home games in Europe so that the URC can continue normally.

Imagine the financial and mental pressure on a new competition if Barcelona or Madrid were forced to quarantine their best players.

Another problem with the league may be not enough quality players to choose from within Spain or Portugal.

Diables’ squad consisted of 14 players from Barcelona, with the rest coming from overseas.

The new international league would most likely attract players from Argentina and the rest of South America, which would provide needed exposure to a higher level.

Rugby is also an international game. Realistically South Africans may find themselves playing for such teams as has happened in the USA with Major League Rugby.

As these players from Spain and Portugal play more games alongside players of differing nationalities, they’ll only progress as well to become better and better.

Whether a quota of foreign players as seen in England and Japan will be introduced remains to be seen.

It may seem farfetched to start a new league in Spain, a country below tier two status this October, but in reality it isn’t.

Spain and Portugal are areas World Rugby is in support of. Spain will be hosting the Malaga and Seville HSBC Sevens in January and February.

It is a big rugby boost to the region and exposure of the game to the basketball and football-mad country.

Portugal has also been very competitive in the Rugby Europe International Championships, tied with Romania for a spot in the World Cup as Europe 2 by competition points, but separated by only a two-try difference.

As October nears, many things will still remain to be unveiled from the competition.

Will the Lusitanos and Iberians be included? Will the Diables be allowed to play in the Challenge Cup or Super Cup? Will the competition benefit the national team?

These answers will be revealed in time.

Come this October, providing the pandemic doesn’t hinder any progress, it is a promising sign of how rugby’s growth continues to expand outwards from the traditional powerhouses.