Six of the best: Woodward's wonders, formidable France - every nation's greatest year in the 6N

The 23rd iteration of the Six Nations rugby tournament is just around the corner. In preparation, we take a look at the best version of each team.

When England are good, they are very good.

England ask a lot of their teams: win the whole thing or you have failed. In 2003, the Sweet Chariot just kept rolling. Coached by Sir Clive Woodward, the team had a surfeit of magnificent players, perfectly slotted into roles.

A loose trio with versatile Leicester and Lion loosie Neil Back, 85-cap Wasp No 8 Lawrence Dallaglio, and hard man Richard Hill of Saracens was not easy to conquer at the breakdown.

A lock corps including Martin Johnson CBE and his fellow Tiger Ben Kay had a giant Lion in reserve: Simon Shaw.

Playmakers were impeccable and rugged: sniping Matt Dawson feeding the peerless Jonny Wilkinson, who had men like Charlie Hodgson and Will Greenwood outside him, and finishers Josh Lewsey and Jason Robinson at the back. 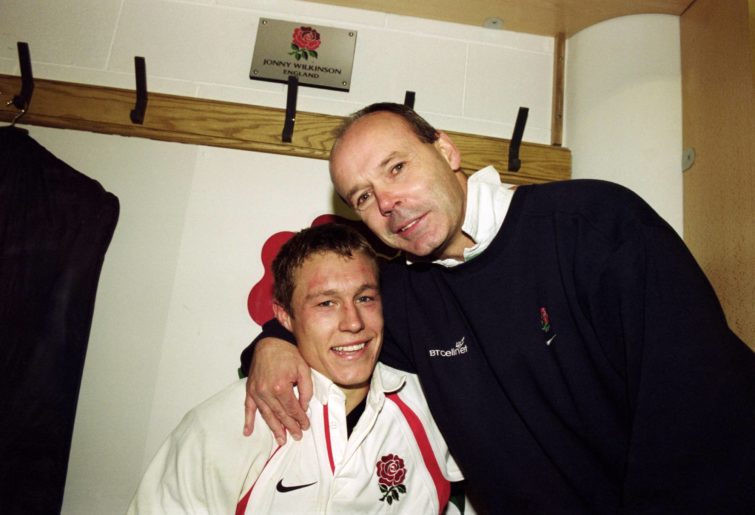 Nobody beat England in the Six Nations or the World Cup in 2003. The team seemed to grow in every match.

They started at home, and saw off France comfortably (25-17) with only two late tries making the visitors’ tally respectable. Then, Wales was dispatched 26-9, going away. Italy was seen off (40-5) in a score similar to Scotland (40-9).

And so it was a rare final round in which two 4-0 teams faced off for the trophy. But Ireland could find no way through the rock solid English defence, ceding dominant possession in the end, and the final score was 42-6. Ominously for Australia, later that year, Wilkinson slotted two drop goals to win the Grand Slam and the tournament as well, almost as practice.

England had a disastrous Six Nations last year, but their depth shown at the end of year is auspicious for 2022, and is reminiscent of the 2003 squad.

HARRY JONES: The six big storylines of the 2022 Six Nations

There is a case to be made for last year’s fourth-place Scotland being the best, due to wins in London and Paris, and the real chance to finish second.

Scotland has never won the Six Nations. The Jocks did win the last ever Five Nations in 1999.

I chose 2006 as the best campaign because Scotland won three Tests, and beat England and France. Australian Matt Williams, the first foreign coach of Scotland, had been sacked at the end of 2015, after winning only three of 17 matches. Frank Hadden had been appointed.

He had pinpoint Chris Paterson as his kicker, who scored over 800 points in just over 100 Tests, reliable Dan Parks, Mike Blair, and big Aussie Nathan Hines, as well as versatile Lion lock-loosie Jason White. They did not concede many tries, and did not beat themselves.

It’s almost time ???? The Six Nations kicks off February 6, only on Stan Sport.

The cause of the Six Nations being the Six Nations, lowly Italy almost always holds the wooden spoon. Their highlights are beating Scotland at Murrayfield in 2015, finishing fourth in 2007 and 2013, and having a points differential below 100 in 2019.

Lately, Italy has been doormat extraordinaire, providing the other five teams guaranteed points. No wins in the last six seasons, with a point differential of minus-184 last year.

There were, however, better days.

I compared their two best seasons (2007 and 2013) in which they won twice each, and chose the earlier version.

In 2007, Italy utterly smashed a tough Scotland team, coached by Hadden, by a shocking score of 37-17.

The year had not begun well for coach Pierre Berbizier’s team. They took a hiding from the French (3-39) and then succumbed to England (7-20). But Berbizier was always a clever coach, having taken France to the semifinal in 1995, and ending with Racing Metro, and he had a decent pack, with World XV number eight Sergio Parisse, the Argentine-born captain who tends to marry beauty pageant winners, Las Vegas aficionado (and fellow Argentinian) Martin Castrogiavanni scary at prop, and highly mobile flank Mauro Bergamasco wreaking havoc at the back.

Alessandro Troncon and Andrea Scanavacca at halves were no joke.

So, when they arrived at Murrayfield for their third round, Italy had hopes of finally accomplishing what Hadrian could not: conquer the Scots at home.

The 2007 Scots had Phil Godman at 10, Chris Cusiter at 9, David Callam at 8, and Dougie Hall at hooker. They also had Marcus di Rollo at 13: was he a Trojan horse? All of them had a role in what transpired.

In one of the all-time worst starts to a Test match for a home tier one team, a Bergamasco charge down of an Godman exit led to an Italian try at 00:19 in the game. A bad pass by Cusiter on his own 22 found grass. Scanavacca picked it up and scored. Finally, another bad pass by the Scottish scrumhalf was intercepted and run in. Italy 21 Scotland 0 after 6 minutes.

The rest of the match was a chase, with Scotland turning down 15 points in chasing tries which came too late.

After the momentous 37-17 win at Murrayfield, Italy backed it up with a 23-20 win over Wales, courtesy of an outrageous referee error: the ref told Wales they had time for a lineout from a penalty, but when they kicked to touch, he blew the final whistle.

This meant Italy had a chance to win the Six Nations going into the final weekend (along with France, Ireland, and England).

Ireland spanked Italy (51-24) but the outcome affected the race. 2007 was a big year for Italian rugby: they had their highest world rank (7th) in history. And their Six Nations points differential was only minus-53.

As well as two-time World Player of the Year nominee Parisse and renowned tough guy Castrogiavanni, Italy 2007 had Ramiro Pez (Argentine-Italian, as well), Troncon (who won 101 caps), and Kaine Robertson (an Auckland boy).

It was difficult indeed to choose between the Grand Slams of 2009 and 2018. I went with 2009 because I like defensive granite teams.

Coach Declan Kidney had a once-in-generation team with 14 Lions going to South Africa that year.

Hilarious, but underrated Donncha O’Callaghan, super-skilled Jamie Heaslip, manically aggressive Paul O’Connell and assorted tough guys were at the coalface, whilst the Irish backline was unreal: Brian O’Driscoll at the peak of his powers, matinee idol Tommy Bowe at wing, young Keith Earls with the mystery gear, dashing Rob Kearney at fullback, and mastermind Ronan O’Gara pulling the strings.

Something is building in Ireland now, too. Depth everywhere except at ten.

We know all about the 2010 team because it became the 2011 team which lost 7-8 to New Zealand in New Zealand and gave us the Dark Destroyer Thierry Dusatoir as Man of the Final.

This 2010 outfit was formidable. To win the Six Nations, France had to outmuscle a very fine Irish squad, and they did so (33-10). In each close match (Wales and England), the French seemed to win the bench battle.

Small wonder. 2010 France had two great players at every position.

Nines were tens and tens were nines and none of them missed at goal: Freddie Michalak, Morgan Parra, Dimitri Yashvili, Jean-Baptiste Elissalde, and Francois Trinh-Duc were the melting pot of halves. Mathieu Bastareaud was two men in one, next to Yannick Jauzion, and if there was a more dangerous back three than Vincent Clerc, Aurelian Rougerie and Clement Poitrenaud, they were probably in France, as well.

2022 France may be the return of these dangerous liaisons between club and country. If it gels, they should win the tournament.

The 2019 Welsh team was ferocious. Liam Williams was better than 2012’s Leigh Halfpenny. Josh Adams (2019) is better than Alex Cuthbert ever was.

2005’s and 2008’s Grand Slam teams for Wales had Tom Shanklin at 13, Gavin Henson at 12, Shane Williams out wide, cap centurion Stephen Jones as field general, young Gethin Jenkins and Adam Jones propping, Ryan Jones at the back of the scrum, and muck-raker Martyn Williams with him.

But I picked 2012’s Grand Slam because I liked the balance of the team best of all.

What a team. Pace, power, and precision all over the park. Only a couple of players weren’t world class.