Unfortunately for England, their innings on day two in Hobart summed up their whole summer.

There were plenty of promising starts – Zak Crawley hit a few fours, Joe Root made 34, Sam Billings and Chris Woakes put on a bit of a partnership – but no one went on to get a big score once again.

It was just an average, middle of the road score in a day-night Test, but it probably magnifies Travis Head’s first-day hundred.

What he did at 3-12 in tougher conditions, England were unable to do.

There’s been plenty of talk about the pitch, but I’d still give it a tick from my end. It’s quite hard underneath the grass covering, and aside from that first hour on day one and the last session on day two, I’ve always felt like the batsmen are in the game and they can score runs.

The conditions have certainly made for some entertaining cricket. It’s been a weird Test; it’s usually been bowler-dominated, the runs are low, but they’ve been scored at a pretty good rate.

What a day Nathan Lyon had, too… and he didn’t even need to bowl a single ball! First he came out and whacked 31 to get Australia above 300, and what a catch he took to dismiss Ben Stokes.

First session with the bat, second session in the field; the ???? makes a sharp catch look easy!

I think he needs to be the hooking batting coach for Australia. He got into such a good position for the shot, and then carved them up for those three sixes. I loved that.

To take that catch, seeing some of the drops from England this series, seeing our drops in the slips, was superb as well.

Captain Cummins was just super again as the spearhead of the bowling attack.

He’s had a couple of innings where he struggled to take his usual swag of wickets during the series, but even then I reckon the batsmen seldom get accustomed to his pace, bounce and movement. They’re constantly surprised by those three factors that he provides.

Scotty Boland probably had his most frustrating day of Test cricket bowling-wise, but he was let down by the slips. If he keeps bowling like that, though, things are bound to change. Mitchell Starc wasn’t at his best, but he’s a pink-ball superstar, so he still got a three-for. 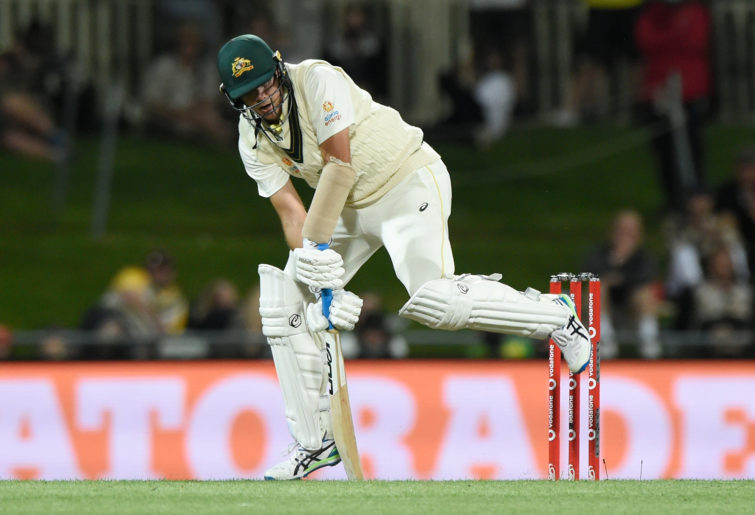 Speaking of the slip fielding, they really need to address that now.

Everyone’s talking about the way they space themselves out, and that they’re too tight. I’m not totally sure who organises that; I would have thought Alex Carey needs to have a big say as the wicketkeeper.

At times they definitely look a little bit too close together. They need to get that right.

We’ve already won this series, so these dropped catches aren’t going to hurt us significantly; but going to the subcontinent, if we’re not taking our catches behind the wicket, particularly early, it can cost you a series.

For England, at least they came out and they had a go last night. This was the best that Chris Woakes has bowled throughout the series, while the Stuart Broad-Dave Warner battle was again won by the Englishman to finish off Davey’s pair.

Without wanting to be negative and look back again, England had a chance on day one in Brisbane when they won the toss. Broad should have been playing ahead of Jack Leach, and if Root had chosen to bowl first, that first ball Broad would have been bowling to Warner and Marcus Harris.

Imagine what the atmosphere would have been like; he could have knocked them over in those swinging, seaming conditions.

The decisions made on day one at the Gabba continue to haunt them, particularly when Broad keeps bowling like this. What might have been for England.

As if it wasn’t enough for Boland to deal with all those dropped catches, then he had to go in as nightwatchman too!

Is there anything Scott Boland can't do #Ashes pic.twitter.com/UanCcbDKqm

As a young fella, I was thought to have quite a good technique; so I was nightwatchman for Victoria for the first three or four years, because they felt like I was reliable.

I hated it! I got hit a lot, so I made the decision to go to England and learn to play more shots.

All of a sudden I got labelled a stroke-player who was slightly unreliable, so I was never nightwatchman again!

So Scotty, I’d be playing my shots tomorrow, and you’d be hoping to pass that job back on to Nathan Lyon.

England will need to almost bowl Australia out for under 200 to be a chance of winning the match. They only scored 188 in the first innings, and they haven’t scored 300 in the series.

But with Robinson now fit again after that back spasm on day one, that’s going to at least pose more questions for the Australians. They won’t necessarily be facing Root, so the bowling changes will continue to put pressure on.

The first hour’s massive – IF they can bowl as well as they did tonight. You’d take chasing anything under 300, but if they let Australia get to 200, I think that becomes too big a task, unless someone does a Travis Head.