The Roar
16th January, 2022
48
Join the conversation
1399 Reads
Advertisement
Write for The Roar

Novak Djokovic’s fellow Serbian Nemanja Matic, an experienced midfielder with Manchester United, was among those who reacted with disdain to Australia’s decision to deport the world No.1.

An “extremely disappointed” Djokovic accepted his Australian Open fate and left the country late on Sunday night, unable to defend his title and facing the possibility of losing his place as the world’s No.1 men’s player.

Fellow tennis pros, family members, and other mates took to social media to lambast the Australian authorities for what Andy Murray called a “shit show.”

Matic loaded an Instagram story to show support for his sporting friend, saying “your glory and their shame will live forever.” 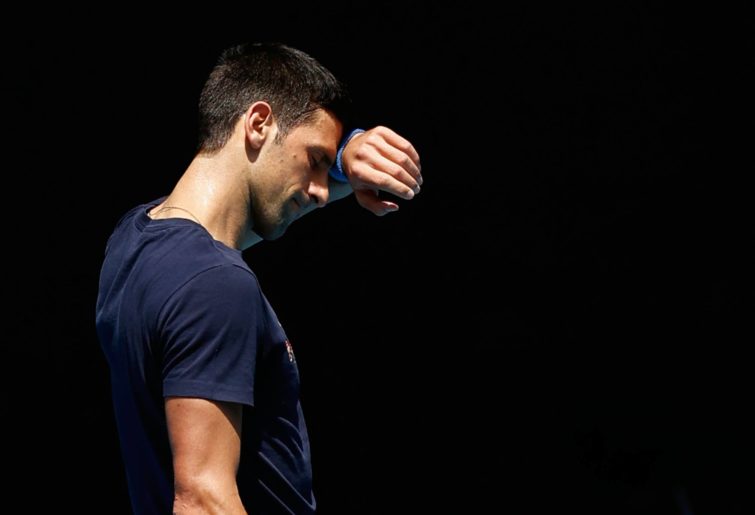 Canadian tennis player Vasek Pospisil, who alongside Djokovic helped form the Professional Tennis Players Association (PTPA) in 2020, said his friend would have been happy to stay home, had it been made clear to him he didn’t meet the criteria for a medical exemption.

“Novak would never have gone to Australia if he had not been given an exemption to enter the country by the government (which he did receive; hence Judge Kelly’s initial ruling),” Pospisil tweeted.

“He would have skipped the Australian Open and been home with his family and no one would be talking about this mess.

“There was a political agenda at play here with the elections coming up which couldn’t be more obvious. This is not his fault. He did not force his way into the country and did not ‘make his own rules’; he was ready to stay home.”

Novak would never have gone to Australia if he had not been given an exemption to enter the country by the government (which he did receive; hence Judge Kelly’s initial ruling). He would have skipped the Australian Open and been home with his family and no one would be.. [1/2]

There was plenty more support for the Serbian within tennis circles.

Nole always has and always will be class. He’s an absolute legend in my book that has brought so much good to millions around the world. This isn’t right. pic.twitter.com/krTN6pSmOT

I joke a lot on here, but what’s going on with @DjokerNole right now seems ridiculous. Using him as a political pawn. Save the vax’d and unvaxd comments. Dude is a human being.

“The situation has not been good all round for anyone … It feels everything here happened extremely last minute and that’s why it became such a shit show.”

There was an emotional outpouring of anger and support in Serbia, where the country’s president Aleksandar Vukic urged him to come home and the prime minister Ana Brnabic called his treatment “scandalous”.

And his family was, as ever, vocal in their support.

“We are very disappointed by a federal court ruling and the fact that Novak has to leave Australia,” the family said in a statement.

“These are difficult moments, notably for Novak, but what we all have to do — namely us, his family — is to give him support more than ever.

“The assassination attempt on the best sportsman in the world is over, 50 bullets to Novak’s chest. See you in Paris,” Srdjan wrote.

Tennis Australia boss Craig Tiley is now in the cross hairs after the unsavoury incident.

Home Affairs Minister Karen Andrews said the 37-year-old Djokovic may have potentially played his last match at the Australian Open as a result of Sunday’s decision.

“It’s a matter or him to consider … but a three-year exclusion could apply,” she told Sky News on Monday.

“(The exclusion) can be waived in compelling circumstances, but it’s not a matter for today or tomorrow but some time in the future.”

However, Prime Minister Scott Morrison said Djokovic may be able to return to the country under the right circumstances.

Morrison said the rules were clear surrounding entry to Australia, which needed to be enforced.

“The border principle is important and we were going to hold that line and it was effective,” he told 2GB.

“This is someone who sought to come to Australia and not comply with entry rules. We have always been consistent and strong and very effective in maintaining the integrity of borders.”

The prime minister said Djokovic did not have a valid medical exemption to enter the country for the Australian Open, which starts on Monday.

Djokovic was using a previous COVID-19 infection as a reason for a medical exemption not to be vaccinated, and while it was approved by a Victorian government and Tennis Australia panel, it was not valid in the view of the federal government.

“Djokovic was wrong, it’s as simple as that,” Mr Morrison said.

Ms Andrews said if Djokovic wanted to return to Australia, he would need to demonstrate convincing reasons to re-enter during the three-year ban.

“Any applicant would need to go through the process, it doesn’t matter if you’re Novak Djokovic or anyone else … it’s not a straight forward process,” she said.

“The saga could have been avoided if Novak Djokovic was vaccinated.”

Labor home affairs spokeswoman Kristina Keneally said while the opposition welcomed the decision to deport Djokovic, the government had “bungled” the situation.

“Anyone could have seen this crisis coming. The Australian Open was not a secret event,” she told ABC TV.

“Novak Djokovic, a known anti-vax proponent declared he wanted to come to Australia and yet the Morrison government did nothing.

“This has been a monumental bungle at our borders by the Morrison government. They want to run around and pat themselves on the back about it. They deserve a kick up the backside.”

While one world No.1 left the country, Australia’s women’s orld No.1 Barty returns to Rod Laver Arena as the headline act in prime time, followed by the all-German contest between men’s third seed Alexander Zverev and Daniel Altmaier.

“It feels like an eternity since I played here at home,” Barty said, having fallen to Czech Karolina Muchova in the quarter-finals at Melbourne Park a year ago.

“It’s exciting going into it. I’m very fortunate and grateful that I’m in the draw and I’ve got a chance just like everyone else.”