Wayne Rooney has emerged among the early favourites to replace Rafael Benitez as Everton manager after the Spaniard was sacked.

The Toffees announced Benitez’s sacking on Sunday following a 2-1 defeat at Norwich City 24 hours earlier, which had left the Merseyside club six points above the Premier League relegation zone in 15th place.

Appointed six months ago, the former Liverpool manager was a controversial choice for supporters of the neighbouring Merseyside club and after a promising start to the season his side slid down the table.

“Benitez, who joined Everton in June 2021, has left the Club with immediate effect,” Everton said in a statement on Sunday.

“An update on a permanent replacement will be made in due course.”

Current Derby manager Rooney’s name was quickly linked with the vacancy at his boyhood club.

The former England star played 117 games for Everton during two spells on Merseyside, breaking through to make his first-team debut there at the age of 16. 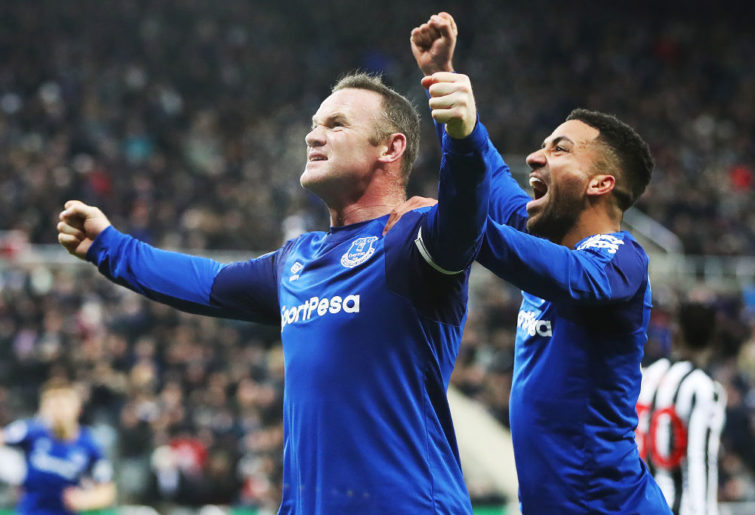 He returned in 2017 after a trophy-laden 13 years at Manchester United. Following the end of his distinguished playing career, Rooney has since taken over at Derby, remaining with the club as the Rams entered administration and were docked a total of 21 points as a result.

Despite the financial issues, Rooney has guided Derby to eight wins this season and they climbed off the foot of the Championship with a win over Sheffield United on Saturday.

The pressure began to mount on Benitez after a 4-1 humbling by his former club at the start of December as Everton suffered their heaviest home Merseyside derby league defeat in 39 years.

Everton’s director of football Marcel Brands left his role after being confronted by supporters as he left the director’s box following that loss and there have been reports of conflicts elsewhere in the club.

Everton have won just once in the Premier League since September and travelling supporters at Carrow Road turned their anger on the Spaniard and the club’s board at the end of their defeat by Norwich.

Former Real Madrid and Valencia boss Benitez is the latest manager to have failed to live up to expectations at Goodison Park and they are now looking for their seventh head coach in six years.

Under British-Iranian businessman Farhad Moshiri’s ownership, Everton have invested heavily in players for all those managers but results have remained disappointing.

The club, who are building a new stadium, have not finished in the top six since 2014.

The 61-year-old Benitez, who won the Champions League with Liverpool in 2005 and was a hero at Anfield, returned to the Premier League after a spell in China followed his time at Newcastle United.