From historic performances to sensational victories to impressive debuts, the past 12 months had it all.

1. Incredible India breach Brisbane
Embattled by injuries and forced to field a greenhorn bowling unit, Border-Gavaskar Trophy champions India entered the fortress of the Gabba – where Australia had not lost a Test for 31 years – needing at least a draw to maintain their hold on the trophy.

With the series locked at 1-1 ahead of this final Test, there was all to play for. Responding to Australia’s meaty 369, India were 6-186 when Shardul Thakur, playing his second Test, joined debutant Washington Sundar.

The duo added a pivotal 123 that helped limit Australia’s lead to 33. Mohammed Siraj shined with 5-73 in the second dig, but India were still left with a seemingly daunting target of 328 on a pitch with uneven bounce.

What ensued was arguably the most surreal finish in recent memory – Shubman Gill charged at the top with 91 and Cheteshwar Pujara produced a gutsy 56, before the audacious Rishabh Pant blazed a sparkling 89* to drive India to an exhilarating three-wicket win. 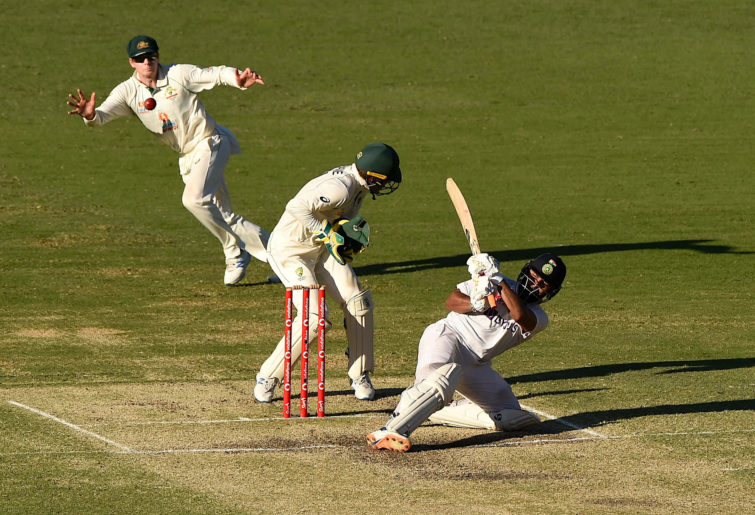 In a gripping, rain-hit contest dominated by the bowlers, the Black Caps prevailed by eight wickets on the reserve day to clinch the coveted mace. 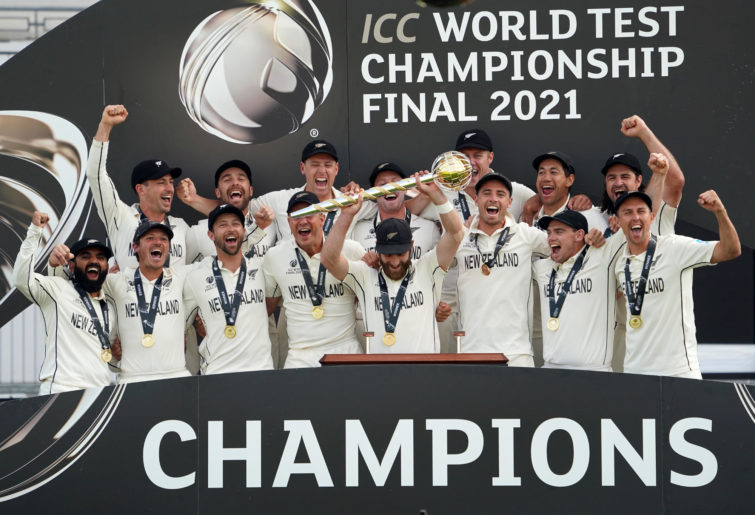 3. Patel’s ten-wicket wonder at the Wankhede
One of the most exclusive clubs in Test cricket welcomed a new member at Mumbai’s Wankhede Stadium.

New Zealand’s left-arm spinner Ajaz Patel, playing in his city of birth, returned eye-popping figures of 10-119 in the first innings to become the third bowler after Jim Laker and Anil Kumble to record a perfect ten in Test history.

His match figures of 14-225, the second best for New Zealand, could not prevent India from achieving their biggest Test victory. 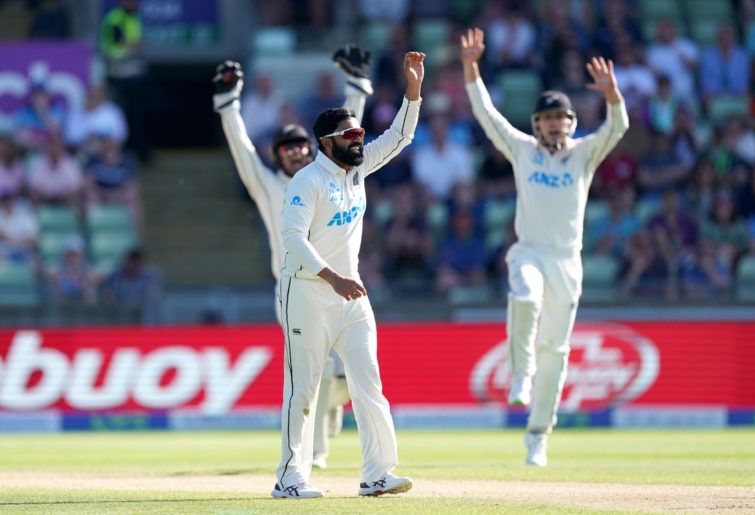 Late on the fourth day, the visitors looked down for the count at 3-59 chasing 395, when the left-handed Mayers joined fellow debutant Nkrumah Bonner (86).

The pair put on 216, with Mayers going on to hit a stunning 210* and script a three-wicket win for his side, giving only the second instance of a Test double ton in a winning chase.

Opening for New Zealand against England at Lord’s, Devon Conway announced himself with a composed 200 to become the seventh batsman and the second from New Zealand after Mathew Sinclair to achieve the rare feat.

6. Root kicks off an exceptional year
England endured batting woes throughout the year, but the exception was their skipper Joe Root, who ended up with 1708 runs at 61 with six hundreds and four fifties – the second highest tally in a calendar year behind Mohammad Yousuf’s 1788 in 2006. 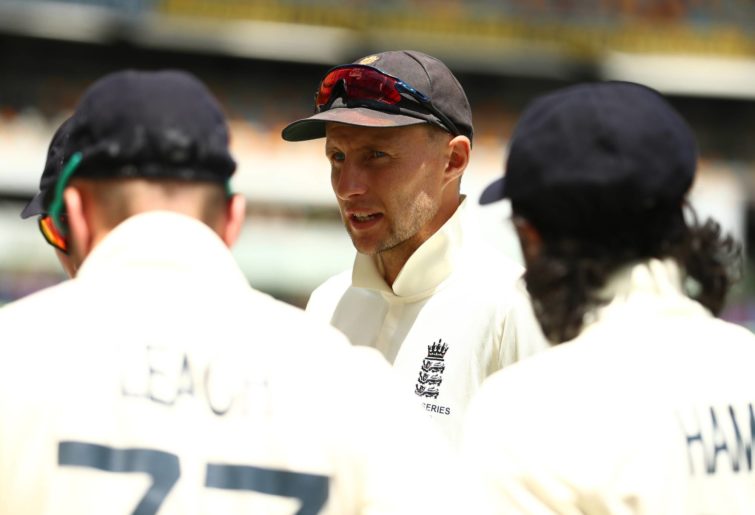 7. A bountiful debut for Jayawickrama
Yet another memorable debut, this time with the ball.

The deciding second Test between Sri Lanka and Bangladesh at Pallekele saw left-arm spinner Praveen Jayawickrama befuddle the Tigers’ batting line-up twice on his way to match figures of 11-178 (6-92 and 5-86), as Sri Lanka won by 209 runs.

This was the first time that a Sri Lankan captured ten wickets on Test debut.

8. Shahidi gets Afghanistan’s first double ton
Afghanistan bounced back from a ten-wicket defeat to square their two-match series against Zimbabwe in Abu Dhabi.

The left-hander batted for nearly ten hours in making an unbeaten 200, and his fourth-wicket stand of 307 with captain Asghar Afghan (164) paved the way for Afghanistan’s highest Test total.

9. A thriller to remember in Kingston
A riveting, see-sawing Test between the West Indies and Pakistan culminated in only the 15th instance of a one-wicket result in more than 144 years of Test cricket.

Fast bowlers from both sides had a good time, with Shaheen Shah Afridi returning match figures of 8-109 and Jayden Seales, named player of the match, scalping 8-125.

Needing 168 to win, the Windies slipped to 9-151 before the last pair of Kemar Roach and Seales held their nerves and steered them home. 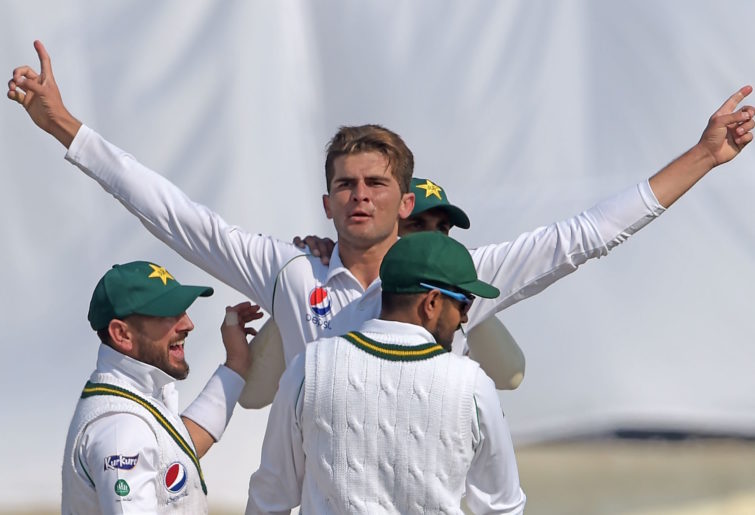 10. Maharaj joins the hat-trick club
South Africa finished their 2019-21 WTC campaign on a high with a 2-0 sweep of the West Indies in Gros Islet.

The second match featured the 46th hat trick in men’s Tests, and only the second by a South African after Geoff Griffin’s at Lord’s in 1960, as left-arm spinner Keshav Maharaj removed Kieran Powell, Jason Holder and Joshua Da Silva off successive deliveries en route to second-innings figures of 5-36.

Adding to the list of dream debuts in 2021, local seamer Scott Boland cut through the English batting line-up in the second innings to finish with extraordinary figures of 6-7 in four overs. 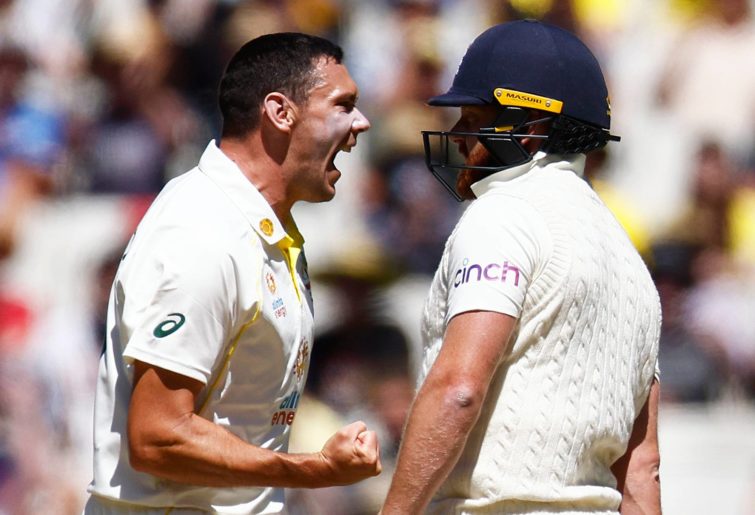 Trailing by 82 on the first innings, England caved in for a mere 68.

Roarers, which was your favourite Test moment from 2021?