After England’s 4-0 Ashes humiliation captain laid the blame on domestic cricket in the country, claiming the priority had shifted away from first class cricket to focus on T20 and the Hundred.

That statement has rattled Morgan who describedg Root’s comments as “laughable”.

Speaking to UK radio station talkSPORT, Morgan said the Test team was “always been the priority” and rejected notions Root had not been given the tools to succeed because the T20 and 50-over sides had been prioritised.

“People who use that as an excuse don’t watch cricket,” Morgan said. “Test match cricket has always been the priority — it’s the format for our elite players.

“Obviously, times at the moment have been tough down in Australia during the Ashes but they always are — we’ve lost the last two series there 4-0. It’s laughable to point the finger at the Hundred. The Hundred is an unbelievable success.”

n the aftermath of the Hobart defeat, Root said he wanted to continue to lead the Test team. He also backed under fire coach Chris Silverwood.

Instead Root argued that English domestic cricket schedules needed an overhaul with more focus on first-class cricket in the height of summer, which is dominated by white-ball formats.

He added county cricket was not preparing players for the demands of the international game.

“Our formats in county cricket and the Hundred, in the way they are structured, are exactly the same as Australia’s,” Morgan said.

“People need something to blame so they’ll point at probably the furthest point to reality because nobody wants to say, ‘You know what, we’ve not had the prep we’d have liked, we probably haven’t played as well as we’d have liked and we’ve lost.’ That happens in all formats, but I stress Test-match cricket has always been the priority.” 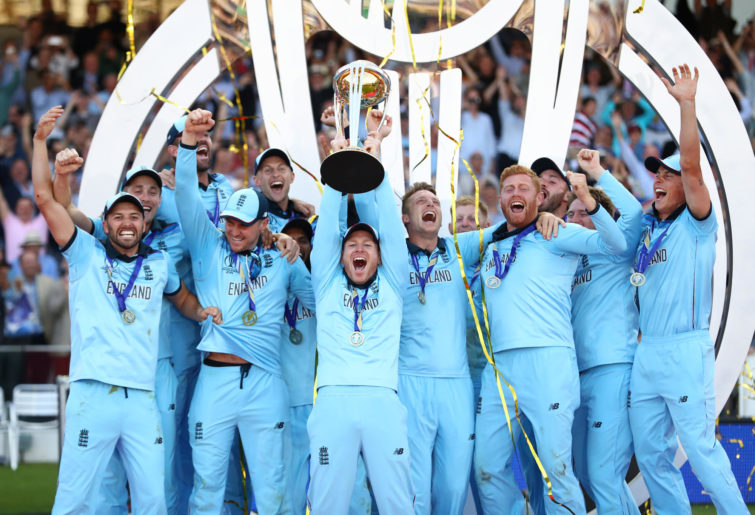 England’s rest and rotation policy in Australia has also come under scrutiny but Morgan says he has the same issues to face.

“As a white-ball group, we’ve gone on tours and played in series at home where we haven’t had our full-strength side available,” he said. “That’s been a theme for a number of years now.

“Obviously, Test matches take priority and always do. For the majority of my career, white-ball cricket was an afterthought — 95 per cent of the time was spent around planning and prep for Test-match cricket and then when we got to a World Cup it was like, ‘Well if we do well then great, but if we don’t, it’s fine.’ ”

While Chris Silverwood also wants to carry on as coach, his reign is starting to look untenable.

There have been further inside reports of the Ashes debacle appearing in the UK media overnight, all painting a picture of an unstructured rabble.

His assistant, Graham Thorpe, is reportedly facing the sack after being behind the camera as police broke up an all night drinking party including Root, James Anderson, Nathan Lyon and Travis Head.

England cricket authorities were said to be furious over Thorpe’s role in taking the video and the fact it was posted on social media.

It has also been reported by the Daily Mail and the Guardian that the Tasmanian police were called over claims that Thorpe was smoking indoors which is against the law.

The Daily Mail’s report goes onto state that Thorpe is highly unlikely to remain in his position as England head coach, following what was a dismal tour on the playing side of things.

Meanwhile, two former England players – Nasser Hussain and David Lloyd – have called for Ricky Ponting to be given the job of replacing Silverwood.

Ponting is one name linked with potentially replacing Justin Langer as Australia’s coach while Trevor Bayliss – who coaching England from 2015-19 is another.

“I like Ricky Ponting. Everything I see about him impresses me,” Hussain said.

“He might not have a lot of international coaching experience but he’s got a great cricket brain. There are a few out there — unfortunately, not many of them English.

“Justin Langer might be available soon, too, so you never know! I would just about stay with Joe Root.”

Lloyd said he would stick with Silverwood in the short term but agreed with Ponting as next man in.

“If Ponting is available he’d be perfect. He cares about cricket and cricketers, he knows the game inside out and has gravitas.”