Bromwich, who turns 33 in May, will depart the Storm at the end of this season on a two-year deal with the Queensland-based team.

He is the second Storm player to be headhunted by the Dolphins, with Felise Kaufusi also heading north at the end of the year.

The news is another hammer blow to the Storm’s chances of continuing their remarkable run of success into the future, with Brandon Smith set to depart to the Roosters at the end of the year while doubts remain over Tui Kamikamica and Nelson Asofa-Solomona’s chances of playing in 2022, under no-fault stand down and vaccination restrictions respectively.

Bromwich, a veteran of 272 games for the Melbourne Storm and 29 Tests for New Zealand, will form a key part of the Dolphins’ pack when they enter the competition in 2023.

“Jesse will bring a host of good qualities to the Dolphins’ inaugural roster, not the least of which will be his exposure at the highest levels of rugby league,” said the club’s chief executive Terry Reader.

“He has been one of the shining lights of the strong Storm system for the last decade so will bring a tremendous level of professionalism with him.” 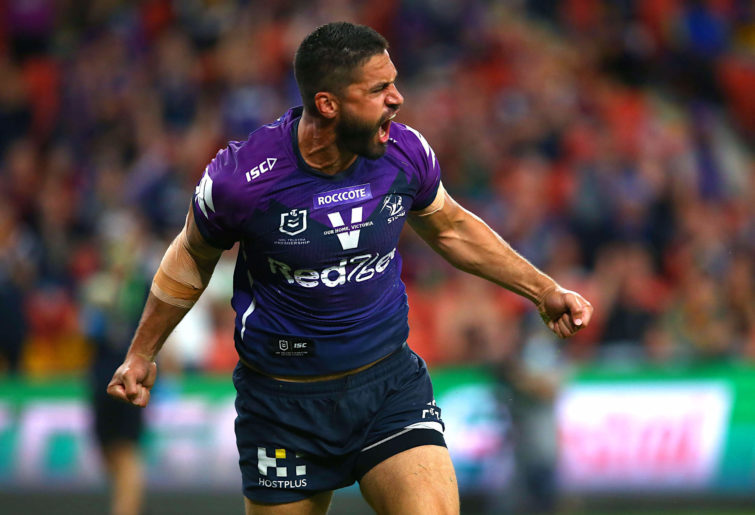 Meanwhile, Penrith’s premiership-winning fullback Dylan Edwards has agreed to a new two-year contract extension that will keep him at the club until 2024.

After losing Paul Momirovski (Roosters) and Kurt Capewell (Broncos) this year and with Api Koroisau (Tigers) and Viliame Kikau (Bulldogs) leaving after the 2022 season, the retention of the 26-year-old is a win for the Panthers.

Edwards, who played through the pain of a broken foot during the Panthers’ charge to the grand final, made his debut in 2016 and has scored 21 tries in 80 games.

Elsewhere on Friday, the Gold Coast Titans announced a fresh deal for hardworking back-rower Sam McIntyre which guarantees he will stay with the club until the end of the 2023 season.