Momentum in T20 cricket can often turn on a dime, and with a slower ball yorker to clean bowl the dangerous Nat Sciver, and then another yorker – this time an aesthetically pleasing out-swinger to send Dani Wyatt packing two balls later – Tahlia McGrath flipped the first match of the Women’s Ashes on its head in one over.

From this point in the 17th over on, with the two set batters removed, the first match of the Women’s Ashes was all about McGrath who breezed to a well-made 90 not out, propelling Australia to reach what should have been a formidable total of 169 with relative ease.

An Australian victory with 18 balls to spare might seem like an emphatic message sent and the marker of a difficult away series for England. But even with that result, with such a long series and the nature of the Women’s Ashes being multi-format, the first match can be a tough one to know how much stock to put in the result long term.

England did look decidedly rusty coming out of a rough 14-day quarantine and had a very limited lead in, and some of the issues do seem like with a good spray of WD-40 and some more match intensity, they could be able to shake off the rust and be competitive in the rest of the series.

Dani Wyatt was largely all over the place until the fourth over when she could start opening the area down the ground, hitting Jess Jonnassen’s straight breaks back over her head in the process of making her well-made 70.

Nat Sciver might have looked even worse in her opening ten balls, before coming around to hit some lovely boundaries in the process of making 32 off 23 balls. Heather Knight and Amy Jones couldn’t really get going above the 100 strike rate in their few deliveries they faced, and only Sophia Dunkley, who faced only five balls in the innings, came out with any immediate fluency. 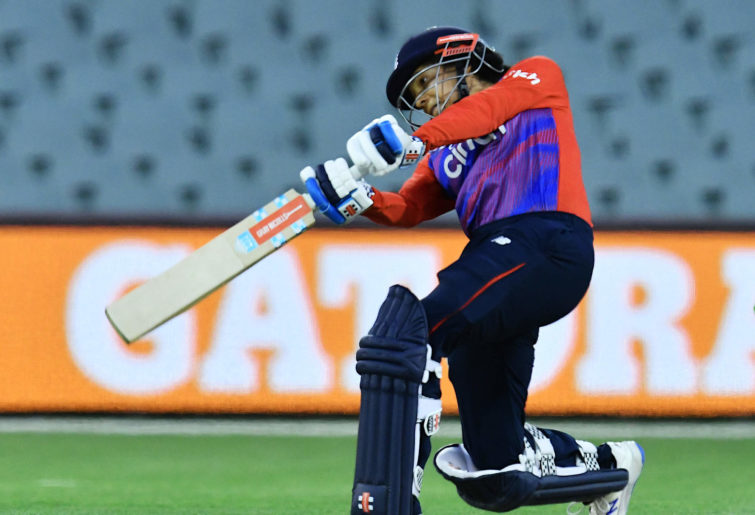 While Knight and Jones’ slow starts were right in the part of the innings where that could be not afforded, and they didn’t have time to dawdle, with time spent out in the middle, it may be easier to get started in the coming games.

The fielding was also a bit off the pace, especially through the all-important cover-point region. A lot of this pressure was caused by McGrath’s strength and Meg Lanning’s placement, but there were also a number of missed dives, balls that bounced off arms, or balls that found the boundary with desperate English fielders strewn out behind them.

With some more match intensity, this is perhaps an area which may keep the Australian batting totals more manageable, and keep pressure building, as it did while Alyssa Healy and Meg Lanning started off the innings.

What seemingly isn’t manageable at this point, and a problem the English bowling unit will need to solve throughout the T20s is Tahlia McGrath’s footwork, which could make any length of ball, a ball in her favour.

McGrath imperiously floated down the pitch to hit half-volleys through the covers or whip through midwicket and in doing this forced the bowlers to drop their lengths back opening up the pull and cut, leaving the English bowlers with a decision between a rock and a hard place.

This was particularly hard for young English leg-spinner, Sarah Glenn, who was having difficulty finding the right length to bowl to McGrath and although Glenn almost had her out LBW – only to be denied by umpire’s call – McGrath won out in the end, hitting four boundaries off her bowling, and has still has yet to be dismissed in T20I cricket in four outings.

England will now be running up hill in the face of a very consistent and deep Australian side that could afford to leave Amanda-Jade Wellington out of the squad, Ellyse Perry riding the pine, and does not lose games of cricket often or easily.

The question now becomes whether England’s issues can be solved with a quick lick of paint or whether they will be playing catch-up for the rest of the series.

Luckily, the seven-game multi-format series does allow for some ebb and flow and tactical adjustment, but fall too far behind early or find no answer to a difficult question like Tahlia McGrath and it might become a hill too steep to climb.