But they have not defended a total below 300 since August 2019 against the West Indies.

The bowling attack looks devoid of confidence, failing to defend high totals with only Jasprit Bumrah being able to hold his head high in what is mostly a one-dimensional attack lacking quality and variety.

So who can change India’s bowling fortunes in the one-day format with the next ICC Cricket World Cup in less than two years’ time?

Here are a few names India must give a long rope to.

Sai Kishore’s biggest quality is his ability to turn the white ball at varying speeds.

Unlike most Indian finger spinners who fall into a negative mindset under pressure, Sai Kishore backs himself under pressure and doesn’t bowl negative lines.

He can bowl in all situations and can deliver with the ball on flatter wickets.

Add in Sai Kishore’s abilities with the bat and India will not be lengthening their tail should Sai Kishore play for India in ODI cricket.

Having coached Patel over the past few seasons in the IPL, Ponting will know how much of a dangerous customer Patel is with the ball.

Patel bowls in a similar trajectory to Ravindra Jadeja, but he attacks the stumps more often and his average speed is slightly quicker than Jadeja.

As his ODI economy shows, Patel offers great control when he isn’t picking up wickets.

He hasn’t played an ODI since late 2017, but now’s the time for a recall for the all-rounder from Gujarat. 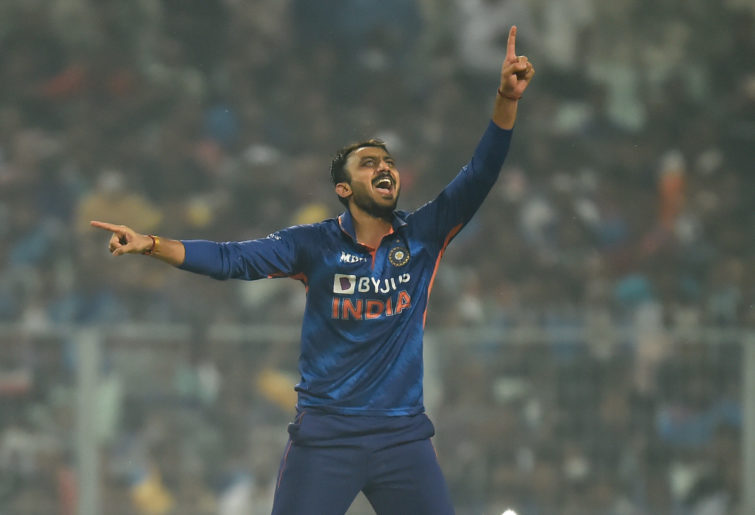 Mayank Markande (right-arm leg spinner)
List A stats – 79 wickets, 22.88 average, 30.0 strike rate, 4.57 economy
After Sai Kishore, Markande is another incredibly unlucky spinner not to have made his ODI debut for India by now considering the bowling woes in the Indian team.

A leg spinner who made a name for himself on IPL debut for dismissing MS Dhoni in 2018, Markande has not had a chance to express himself in the IPL post 2018.

However, he has been toiling hard at state level for Punjab, taking wickets for fun.

Markande’s strengths are his variation of pace and not overdoing the googly, something Yuzvendra Chahal and Ravi Bishnoi have been guilty of in the recent few years.

Just like Patel and Sai Kishore, Markande can whack a few with the willow.

The West Indies series is the perfect time for Markande and the finger spinners to be called into the Indian ODI team and stamp their authority.

Krishna can play the role for India similarly to what express quicks Jofra Archer and Lockie Ferguson have done in ODI cricket.

While Krishna has been expensive in his short ODI career so far, he played a crucial role for India, winning the ODI series against England last year.

A long rope for Krishna will do his confidence a lot of good and the Indian ODI team will reap its rewards.

Express quicks who can take wickets in the middle overs are rare to come by. Krishna cannot be mishandled by India.

His performances for Bengal and India A in first-class and List A cricket have seen the Bengal quick called up twice to the Indian team as a net bowler over the past 18 months.

A tall quick who can generate good pace and bounce, Porel’s ability to adapt from a back-of-a-length bowler to someone who pitches it fuller has seen him succeed in domestic cricket.

Since the beginning of 2020, India have lost all their away ODI series outside of the subcontinent.

A huge factor for this has been their bowling and the World Cup will have mostly good batting wickets.

The time for players such as Ravi Ashwin and Bhuvneshwar Kumar is over in ODI cricket.

With talented players available, who are constantly performing in Indian domestic cricket, it’s time these players got a long rope and remained in India’s bowling core for the 2023 ICC Cricket World Cup.