News is filtering out that Novak Djokovic may be able to play in the French Open under new covid rules.

Various news platforms are reporting on this including the New York Post.

His initial banning from the French Open was seen by many as justifying Australia’s treatment of Djokovic.

Novak Djokovic could be allowed to defend his French Open title even if he is still not vaccinated when the clay-court Grand Slam starts in May.

According to La Gazetta, “Apparently Novak won’t need an exemption at all. He had covid in Dec 2021 so for the next 6 months he has a vaccine pass until June 26/27. That’s the law applying from Jan 24. This is what is required for people living in France”.

It is suggested he will experience little difficulty getting into France.

It was reported earlier that he may be denied entry to France after a recent law change mandating the use of vaccine passports in order to enter public places, and given President Emmanuel Macron’s tough stance on vaccination.

“The new law in France came into effect on Monday. Djokovic’s participation in the French Open had come under the scanner after Sports Minister Roxana Maracineanu warned that a law requiring people to display a vaccine pass to access public places would be passed soon.” reported Republic World.com.

7 news.com.au reported today: “Djokovic’s hopes received a boost today that he may be able to play in the French Open”. But barely days after the new law was announced, reports have emerged of a loophole that could allow Djokovic to enter Roland-Garros.”

India TV also stated: “That suggests Djokovic could play in the French Open in May and June, the next Grand Slam tournament, because he has said he tested positive in mid-December.”

The French sports ministry was not immediately available to answer questions from The Associated Press on Djokovic. 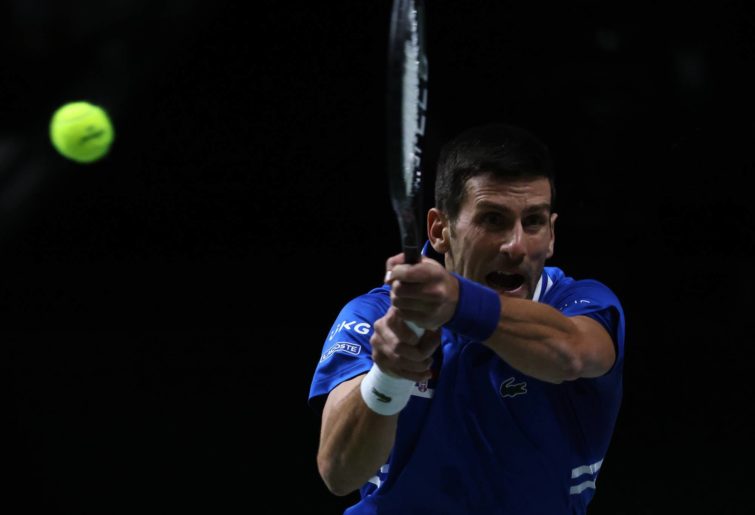 So, the media are talking about Djokovic having a potential loophole that could see him play in the French Open and defend the title he won in 2021 against Stefanos Tsitsipas.

If a loophole is available would he still be prepared to take it? Would the reception in France, if he played, be different to Australia where he attracted widespread condemnation?

Covid restrictions appear to be easing in Britain, will this be the case for France as well? The number of people in intensive care units has dropped in recent days in France. And if restrictions are eased will that further change the response to Djokovic playing?

The focus in France has mainly been on the vaccine pass and the new pass only works for people who are fully vaccinated and those who recently recovered from the virus.

French Open organisers have previously said it’s too early to comment since virus restrictions can change between now and May depending on the virus situation.

Djokovic’s team also declined to comment Monday. Djokovic said earlier he would not give public statements until the end of the Australian Open.

The saga continues, is this media speculation and has Djokovic already resigned himself to not playing in the French Open?

Or will he take advantage of the loophole and aim for another title?

The proof will be if he steps onto the court for his first match.