Rugby league is a team sport and there is no ‘I’ in team. However there is in millionaire (in fact, there are three – rock-solid evidence of just how selfish these people can be).

While the outcome of a footy game is spread across the talent and efforts of all 17 players on a team, inevitably there is added scrutiny on one player.

Because that player is the one earning the truly big bucks.

Over the coming weeks, we will have a look at each club’s million-dollar man – the player broadly acknowledged to be taking up the largest individual chunk of the salary cap (even if they aren’t actually quite grossing seven figures).

We’ll run the rule over how they fared in 2021 and put forward some targets they likely need to achieve for 2022 to be considered a personal success.

At this point it’s worth noting a few things: firstly, NRL salaries aren’t published (don’t even get me started), so this is going to be based on what players are reported to be earning.

Secondly, this is about the players who make the most money – so, even though Matt Burton might be the man Dogs fans are most hanging out to see suit up, we won’t be talking about him (at least, not this year). 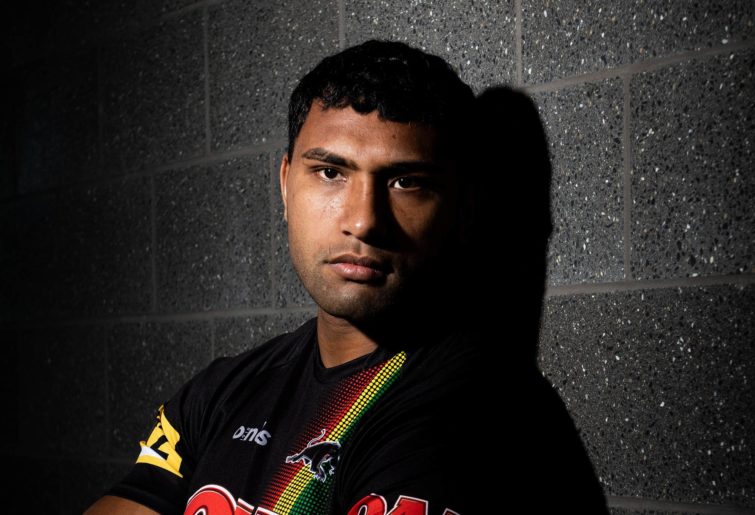 Lastly, in cases where two or more top earners are on similar coin, I’ll make an editorial choice based on the highly mathematical formula of ‘who is the more interesting yarn’.

We will work our way up from 16th place on last year’s ladder and thus start with one of Burton’s new teammates at the Bulldogs.

And the biggest earner at the Dogs is coming off an unprecedented 2021.

One of the crop of amazing young forwards to have come through the Brisbane system in recent years, issues off the field and inconsistency on it ultimately saw Pangai released from Red Hill last July.

It came just hours after the announcement Pangai was heading to Belmore, with the Broncos apparently deciding there was no point continuing to pay his hefty salary since they wouldn’t be making the finals regardless of how well he played.

But the Bulldogs’ freshly installed general manager, Phil Gould, apparently reached the same conclusion regarding Pangai’s value for 2021 and so rather than join the Dogs for the back-end of the year, the Tongan international headed over to the Panthers for a disco shift that both parties hoped would end in grand final glory.

However, through no fault of his own, Pangai endured a fractured time with the eventual premiers. He missed the first few weeks after the devastating loss of his baby daughter, then suffered a knee injury in Penrith’s preliminary final win, which ultimately ruled him out of the grand final.

All of which means he arrives at Belmore ready to wear what will be his third club jersey in less than a year and presumably in possession of a grand final ring that he’s put in his sock drawer, only to be pulled out for motivational – rather than celebratory – purposes.

Which, you would hope, is all to the benefit of Trent Barrett’s side.

Pangai is one of the most destructive forwards in the game on his day, can play in the middle or on an edge, led the comp for offloads last year, and has a decent motor for a big man.

His issue has always been a lack of discipline. His departure from the Broncos may have come about largely because of bubble breaches and bikie barbers, but it was surely exacerbated by the large chunks of time he spent on the sidelines as a result of high shots, crusher tackles and general unnecessary crap.

If he can get that garbage out of his game, he could be a pillar of Brad Fittler’s State of Origin side – which Pangai has put himself forward as eligible for – for years to come, as well as the alpha dog in a club pack that is at rock-bottom now but therefore only has one way to go.

As for the fear that an old dog can’t learn new tricks, Pangai seems older than his years due to making his debut in 2016 at the age of 20, meaning he’ll have only just turned 26 when the season begins. Essentially he’s at the age where many hotheads learn to harness their aggression and use it more effectively.

What’s more, after a number of years at the Broncos where a lack of leadership was a serious problem, he spent short but invaluable time at Penrith learning from the likes of James Fisher-Harris and Isaah Yeo – who may be of similar vintage but are far more mature – and will now line up alongside Josh Jackson, who is a total pro and now one of the game’s elder statesmen.

Give him a few encouraging words from new Dogs staffer Willie Mason – a fellow Novocastrian who could prove a worthwhile mentor – all under the watchful eye of Gus Gould, and then let Pangai rip in alongside fellow tearaway Luke Thompson (who is admittedly said to be on similar money to TPJ but, as aforementioned, isn’t as good a narrative).

It could be a terrifying site to behold, let alone face up against.

Best-case scenario
If it all goes according to the new plan, we could be talking about 2022 being the year Pangai finally put it all together, leading the Bulldogs to the cusp of the eight, making his State or Origin debut, helping his beloved Tonga to the World Cup final, and seeing his name on the Dally M Team of the Year sheet.

Worst-case scenario
If it all goes according to the old plan, we’ll be talking about 2022 being another year Pangai showed flashes of brilliance that were overshadowed by reckless hits and a basic inability to pull his head in, leading to extended time on the sidelines, with the Bulldogs ultimately happy to offload him and his hefty salary to the next club brave or dumb enough to believe they can change him.