The Socceroos take on Vietnam tonight in a must-win World Cup qualifier in Melbourne. Socceroos coach Graham Arnold will be absent after testing positive to COVID-19, leaving Dutchman Rene Meulensteen to call the shots from the sideline.

So, who will the Socceroos assistant coach trust with a start to secure three more points on the road to Qatar?

Mat Ryan
The Socceroos captain did arrive into camp late but should still be okay to start this one. He’ll be hoping for a quiet night between the sticks with Australia expected to dominate possession.

Having only played seven games this season across La Liga, the Europa League and the Copa del Rey, Ryan will look forward to some much-needed game time and provide leadership from the back.

Aziz Behich
Like Ryan, Aziz Behich also arrived late into camp but will likely start, particularly given the alternative is Joel King, who is yet to make his debut and may be overwhelmed by the occasion.

Behich has been heavily criticised for his recent Socceroos performances and will be looking for an improved showing tonight. Look for King to finish the game at left back, particularly if the Socceroos establish a lead.

Milos Degenek
Having recently signed with Columbus Crew, the 27-year old will be looking to impress his new employers. Degenek’s last game was on 13th December for Red Star Belgrade so while he may be short on match fitness, he still remains the Socceroos’ best option over Ryan McGowan or Kye Rowles.

While Harry Souttar recovers from his ACL injury, options are limited in central defence.

Trent Sainsbury
One of the few Socceroos getting consistent game time this season, the 56-cap veteran will marshal this defence. His organisation and ability to read and break up play will be crucial in avoiding any surprises from Vietnam.

Sainsbury will also be a key target for Australia’s set pieces as he looks to add to his four Socceroos goals.

Rhyan Grant
The Sydney FC right back should start this one ahead of Fran Karacic. Grant has had a congested fixture list over the past few weeks with Sydney FC, in stark contrast to Karacic, who has played only 89 minutes this calendar year and only 133 minutes the entire season for Brescia in Serie B.

Grant’s attacking threat and combination with Martin Boyle should cause Vietnam’s defence headaches. 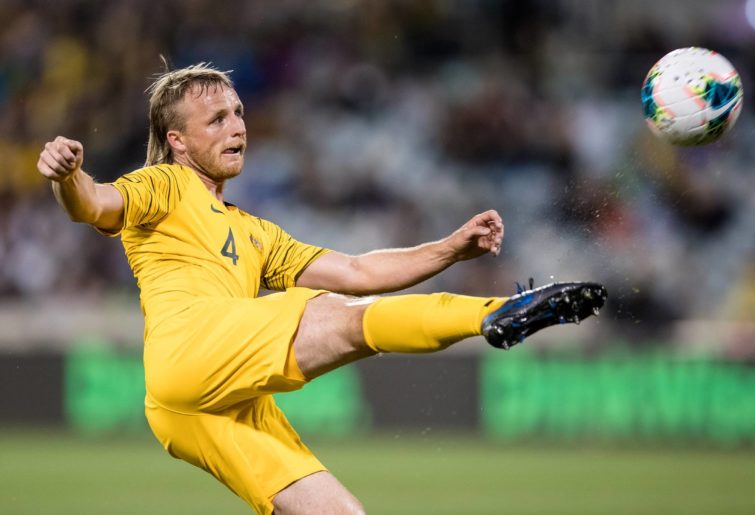 Jackson Irvine
The Melburnian will surely thrive on this occasion in front of family and friends. Playing regularly for Bundesliga 2 side St. Pauli, who recently knocked German giant Borussia Dortmund out of the German Cup, Irvine should enter this game full of confidence. It’s likely he’ll play somewhere between the 6 and 8 position, depending on the balance of the game.

Aaron Mooy
Partnering Irvine in midfield is Shanghai Port’s Aaron Mooy, who normally occupies the field with two-time Premier League winner Oscar at club level. Irvine and Mooy could both play in the 6 or 8 and could alternate through the night.

Mooy’s long passing and Irvine’s ability to drive with the ball at his feet should offer some versatility for the Socceroos.

Tom Rogic
Enjoying a renaissance under Ange Postecoglou at Scottish giants Celtic, Rogic seems to have found his spark with some key performances for the Hoops as they look to catch Rangers in the SPL title race.

The 29-year old has played 90 minutes in five of his last seven games in the league but should he not last the full game, it would be great to see Riley McGree off the bench after recently signing with English Championship side Middlesbrough.

Martin Boyle
One of the more consistent performers for the Socceroos in this campaign, Boyle will be hoping his speed on the right side of Australia’s attack can be the key to unlocking a stubborn Vietnam defence.

With Grant’s overlapping runs, he and Boyle could cause chaos for the left side of Vietnam’s defence. There have been three goals and one assist between the two of them in this third stage of qualifying.

Craig Goodwin
Looking for only his second game as a Socceroo in a World Cup qualifier, the Adelaide United winger comes into this squad for Awer Mabil, who was dropped due to lack of game time. The more fancied option might be Mathew Leckie, however he has looked a shadow of himself and off the pace so far this A-League Men season.

Being naturally left-footed, Goodwin should be able to provide good delivery into the box as well as keep width and spread the Vietnam defence allowing for more space through the middle.

Jamie Maclaren
The Melbourne City striker has found the net in each of his last four games in the A-League Men, so should be entering this game on a high. Having expanded his goal scoring threat in recent years, Maclaren will be keen to get his name on the scoresheet after playing only 19 minutes with no goals in this phase of qualifying.

Should he be ineffective, Mitchell Duke is a good option off the bench.

And should the Socceroos need to chase the game this evening, look for Brandon Borrello, Riley McGree and Mitchell Duke off the bench.

If they need to protect their lead and shore up their defence they may call on King, James Jeggo and Mitchell Duke to hold the ball. 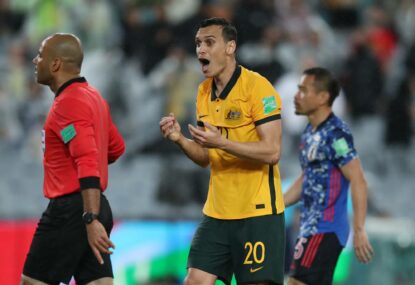