It was always going to be a historic night for Australian tennis one way or another.

Barty went into the final not having lost a set and in fact had dropped only 21 games leading into the final. Barty’s opponent was American Danielle Collins. Collins was playing in her first grand slam final and had defeated players of the calibre of Iga Swiatek, Alize Cornet and Elise Mertens.

Collins had played two three-set matches on her way to the final, and one worry I had for Barty was that if she was challenged more than she had been throughout the tournament, Collins may have been more battle-hardened than she was.

I can only imagine what it would be like to have over 10,000 people cheering you on, although at times I also thought about the flip side of the pressure that this must also create. There were instances when I was feeling nervous, and I was sitting in row GG. 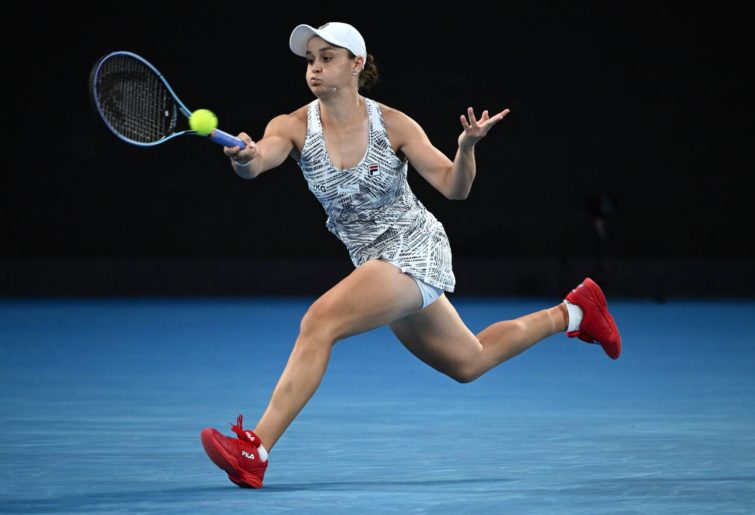 It was quite apt as the villain to the Melbourne crowd that Collins was wearing black.

The power of Collins’s groundstrokes and her aggressive mindset caused some concerns for Barty, particularly when Barty missed her first serve and in the second set. Collins was also able to use her power and top spin to counteract Barty’s slice backhand. This meant the Australian had to change her game plan and had to use her top spin backhand more in the final than she had throughout the tournament.

First set
Both players held their first two service games of the match with relative comfort. The first break point of the match fell the way of Collins in the fifth game after the world No. 1 missed a forehand over the baseline. Barty saved the break point with a forehand winner down the line and closed out the game with a big serve.

In the next game Barty earned a break point after forcing a short ball and hitting a forehand winner. Unfortunately for Collins she served a double fault when facing break point and fell behind two games to four.

Barty held comfortably and Collins held to give Barty a 5-3 lead. She held to love to take the first set 6-3. It looked like Barty may be continuing on her merry way, as she had throughout the tournament, but Collins had different ideas.

Second set
Collins was able to break her opponent’s serve to take a 2-0 lead in the second set. On break point she monstered a backhand return from a Barty second serve and a forehand before putting away an overhead. She was pumped.

Barty created two break-back points in the third game and hit a backhand volley wide on the second of them. The American was able to hold serve to take a 3-0 lead. They each held serve to give Collins a 4-1 lead. In the sixth game of the set the Australian’s first serve deserted her – she made only one first serve in five attempts. After two double faults and an errant drive volley from Barty and an aggressive return from Collins, the American led 5-1.

When Barty fell behind 5-1 in the second set I received a text from a pessimistic friend of mine. “It’ll be another 100 years before an Australian will win the Ozzie Open.” My response was that Barty could still win in two sets.

That is one of the joys of tennis. Unlike a lot of other sports that are constrained by a time clock, a tennis set or match is never over until the final point is won.

The home hero started to turn the tide with a couple of forehand winners, and a backhand error from Collins and a strong forehand return got one of the breaks back. Barty held serve to put the ball back in Collins’s court to see if she could serve the set out at her second attempt.

Collins was able to get the score to 30-0, but Barty won four points in a row, and when Collins netted a backhand the set was back on serve. Running around a backhand and hitting an inside-out forehand winner across court before hitting an ace was the highlight of Barty levelling the scores at five games apiece.

Both players held serve and we were off to a second-set tiebreak. Barty came out of the blocks like a 100-metre sprinter. After forehand and backhand errors from the American and a forehand winner and overhead from Barty, the Aussie took a 4-0 lead. The crowd was going wild.

The players changed ends in the tiebreak with the score at 5-1. While Collins was able to get one of the mini-breaks back, a forehand error from her and a crosscourt forehand winner from Barty saw the Australian win the tiebreak 7-2 to claim her first Australian Open title.

After Barty recovered to win the second set and match in a tiebreak, my pessimistic friend sent me a message. “I take it all back!”

The night was topped off when Todd Woodbridge announced that he had “a little surprise” and brought Evonne Goolagong Cawley onto Rod Laver Arena to present the Daphne Akhurst Memorial Cup to Barty – two Indigenous women taking centre stage on one of the biggest nights in Australian sport.

As far as the occasion and atmosphere goes, it is up there with any other sporting event I have attended. It was like Kerryn McCann winning the marathon at the 2006 Commonwealth Games, and AFL grand final or the NRL State of Origin.

At the end of 2014 Ash took a break from the tennis tour and ended up playing T20 cricket for the Brisbane Heat. The Heat can now lay claim to two WBBL titles, one BBL title and three grand slam singles titles.

Of course Australians – and a lot of the rest of the tennis world – love Barty not only for her success on the court but also for what she brings off the court. In her interviews she is humble and often talks about her team’s success – it’s always “we” rather than “I”. She praises her opponents and fellow players. In her warm-ups she is often seen playing cricket or kicking an Australian Rules football. Then there is vision of her fist-pumping while supporting her beloved Richmond Tigers or drinking beer on TV after winning the title.

It is difficult to believe that even after her cricket sabbatical Barty is only 25 years of age. Hopefully that means there’s a number of grand slam singles titles still on the horizon for Ashleigh Barty. 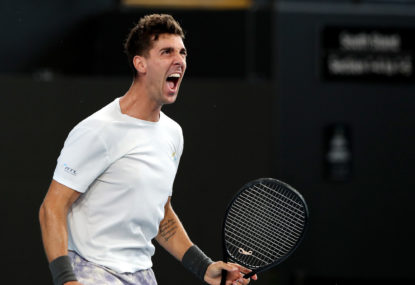