Next Matildas coach: Big names and a bolter who should be considered if Gustavsson goes

Tony Gustavsson should be given a bit more time, preferably in a tournament, to show whether he is the right person to lead Australia to the 2023 World Cup.

There is talk of the Algarve Cup happening in Portugal in the near future. If that is the case, it’s the perfect platform to give Gustavsson a chance to come up with a fresh approach.

But consideration must also be given to what alternatives exist if it is determined he is not going to be there in 2023.

1. Joe Montemurro
A multiple title-winning coach across three different countries, the 52-year-old is one of the most respected coaches in women’s football.

He knows Australian football and would be familiar with a number of players, including those on the fringes of the Matildas.

He is currently at Juventus in Italy, but a home World Cup may be enough to entice him away.

Montemurro has won six trophies across his managerial career. In 2015-16 he won the Premiers Plate and Championship with Melbourne City in the W-League. He backed that up with another championship the following season.

He then moved to Arsenal in England for four seasons where he captured the Women’s Super League in 2018-19 and won the League Cup in 2017-18.

In Italy, he won the SuperCoppa Italiana this season with Juve in an impressive start to his coaching career there.

Since 2014, his managerial record in women’s football is outstanding. In 140 games he has 104 wins, 14 draws and only 22 losses. His teams average 2.67 goals a game and concede less than one goal per game.

The transition to international football is significant, but given his vast experience across the world, and the fact he has worked in the Matildas’ set-up before indicates he would be comfortable with the move.

2. Ross Aloisi
A veteran now on the Australian coaching scene, Aloisi has all-round experience coaching men, women, boys and girls. In football circles he is highly respected for his coaching ability.

In terms of coaching women, he first started in 2013 as head coach of Adelaide United in the W-League. During this time, he was also head of women’s football in South Australia, which included the National Training Centre (NTC) junior program.

At the 2014 NTC Challenge, featuring teams from across the country, South Australia came out on top. In terms of results, South Australia were unbeaten, winning six and drawing two out of their eight games. 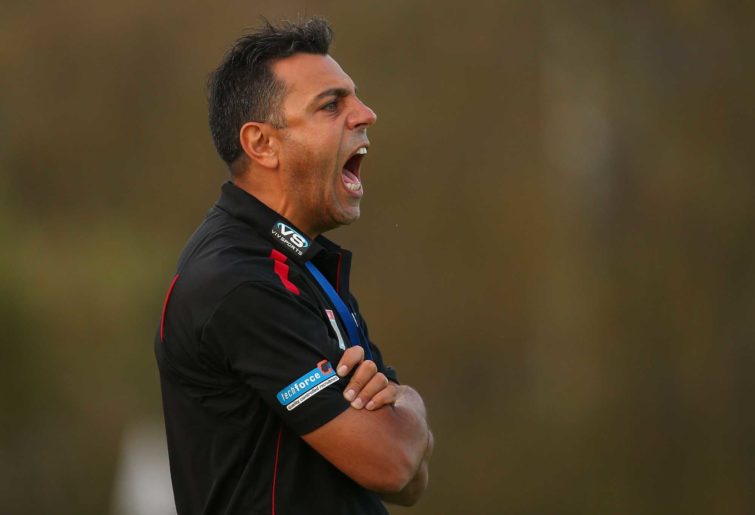 They went on to beat the Northern NSW team in the tournament final. The South Australians also came first on the technical points table, where teams were assessed for technical ability and execution of play. This was the first time a team had won both prizes.

Players such as Condon, Chidiac, Jenna McCormick and Matildas legend Melissa Barbieri have all publicly praised Aloisi’s approach to women’s football. Numerous coaches, especially those in women’s football, have also hailed Aloisi as a top-notch coach.

The two best coaches Australia has ever produced – Ange Postecoglou and Alen Stajcic – both had Aloisi working with them in their national team set-ups. There can be no better stamp on his credentials than this.

3. Carolina Morace
She interviewed for the Matildas job in the last process and narrowly missed out to Gustavsson. It is understood a number of FA board members wanted to hire her, but they were overruled late in the piece.

There were murmurings that some senior players didn’t want a female coach, though this was never spoken about publicly.

While Morace is considered an outstanding technical and tactical coach, she has a history of conflict, namely with upper management. Her tough style can also sometimes cause dramas with some players.

However, many would argue the current crop of players need a shake-up and need to be challenged.

Morace was recently terminated as Lazio’s women’s coach after taking them to promotion last season. This was due to conflict with the club’s decision makers about a lack of investment.

Her players at Lazio, including Matildas hopeful Ella Mastrantonio, have sung her praises.

Morace’s reign with the Italian national women’s team from 2000-05 helped them qualify for two European Championships. Considering the lack of success for Italian women’s football at the time, that was an impressive effort.

In 2009 she took on the head coaching role with Canada, winning the 2010 CONCACAF tournament, the 2010 and 2011 Cyprus Cups and 2010 Four Nations tournament, taking the team to sixth in the world. The region may not be that strong but the powerful USA and Mexico were in the mix here.

At the 2011 World Cup, despite losing star player Christine Sinclair, Canada received widespread praise for their tactical prowess, which was based on a high-tempo game in attack and defence.

Morace’s first club role was with Lazio women in 1998, before securing a surprise head-coaching position in the men’s Serie C competition with Viterbese.

The role only lasted a short while due to differences with the club president, but Morace was the first woman in Italy to get a senior coaching role with a men’s team.

She was at AC Milan women in 2018-19, where her team finished an impressive third, beating champions Juventus along the way.

Morace has worked in Australia before. In 2015 she was appointed technical director at West Australian NPL men’s club Floreat Athena FC, a year before they made the round of 32 of the FFA Cup for the first time.

As well as being a coach, she has been a FIFA and UEFA instructor and ambassador for the past ten years.

FA are seeking a coach that will take a wholistic approach and look after the country’s entire coaching program, from the senior Matildas to the national junior training programs. Morace was also CEO of the Juventus academy.

4. Ante Juric
A championship-winning coach with Sydney FC in the W-League, Juric has quietly built a reputation as an excellent coach.

He has made every W-League grand final since taking on the head coaching role at the Sky Blues, winning the title in 2018-19. 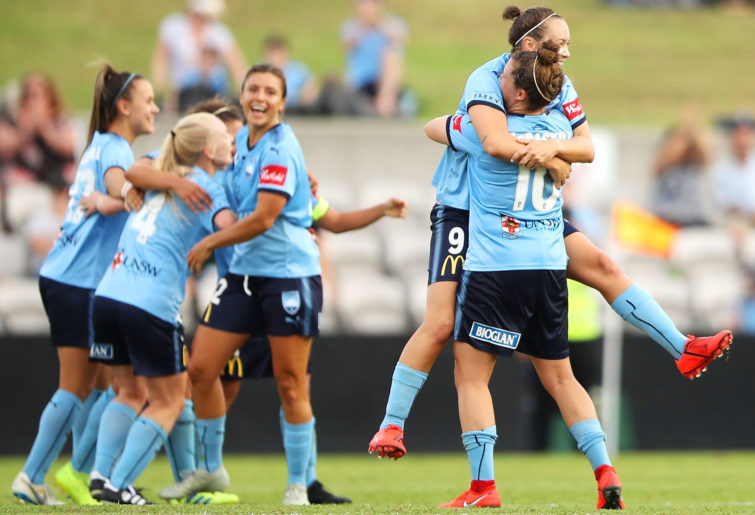 He already has experience in the national set-up, working as an assistant coach with the Matildas from 2013 to 2014.

He was the Australian under-17s and under-19s women’s national coach from 2014 to 2016. He also worked as the national technical director of women’s football from 2013 to 2016. This gives him a broad perspective of coaching girls and women.

Currently, along with his role at Sydney FC, he also coaches Sydney Olympic in the men’s NSW NPL.

Apart from coaching, Juric was also a school teacher at Trinity Grammar for five years from 2008 to 2013. Teachers often make the best coaches, for example, Alen Stajcic.

5. Leah Blayney
The former Matilda is considered by many in the Australian footballing landscape as one of the best young coaches in Australia.

Her age – she is only 35 – and relative lack of experience on the senior stage may count against her for now, but with a few more years of experience, Australian football has a gem on their hands.

Since 2019, Blayney has headed up the excellent future Matildas program. A number of her pupils have since debuted for the Matildas.

The likes of Mary Fowler, Courtney Nevin and Kyra Cooney-Cross have all been coached by Blayney at national youth level and have now established themselves as regulars in the senior Matildas.

Blessed with an excellent football brain and a genuine care for her players, Blayney knows how to get the best out of footballers under her tutelage, and has a reputation for running quality and dynamic training sessions.

She is also a school teacher, working at the prestigious Westfield Sports High, further solidifying her skills in working with and engaging sports people.

While now may not quite be her time for a senior role, rest assured in the coming years she will be in high demand not just in Australia but across the world.