The heartbreaking Covid positive that cost Olympic debutant Katie Parker her place in the giant slalom at the Beijing Olympics, exposes the added mental stress the virus has piled on athletes in the lead up to the Games.

Parker, 23, contracted the virus last month and returned several negative tests, however due to the increased sensitivity of the testing being used by Chinese authorities, she tested positive at Beijing airport on Tuesday.

She was been placed into isolation in a hotel room in Zhangjiakou and awaiting the results of follow up tests to decide if she can compete in her second event, the slalom

Three-time Olympic skier, Sami Kennedy-Sim, has revealed the extra load placed on the Winter Olympic athletes as they battle the virus to get to the start line in Beijing.

“The impact of Covid in my preparations is significant, and … we’re all on a knife-edge right now,” Kennedy-Sim wrote in a piece for Athletes Voice.

“I’ve been losing sleep over it. It’s consuming my thought processes. And for sure it takes away from performance.

“If someone gets sick in our team, the whole team goes down. So, it impacts more than just you.”

Kennedy-Sim and her small team of ski technician Sylwester Latusek, physio Benny Pagett and coach Shawn Fleming have spent the past weeks in Germany, 90 minutes from the nearest ski field, instead of their planned build up in the Italian ski resort of Cortina.

They set up a gym for her in the rented house, and watched the opening ceremony on a projector. They have limited contact with the outside world to quick supermarket visits.

“Part of pulling the trigger and making that decision was that one of the overarching goals for this whole season is simply not to get Covid,” she said. 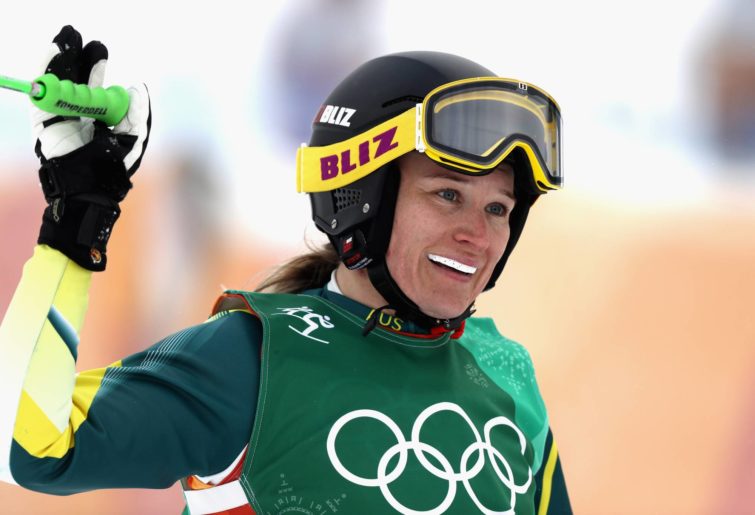 “It has been strange to spend so much energy on something that ultimately, in a big way, is out of your control. But I’ve looked at virus management as part of my performance – a weird concept when it’s got nothing to do with how I’m performing on snow or how heavy I can lift in the gym.

“Before leaving for Beijing, the only time that we were in contact with anyone in the general public was during a very strategic supermarket run. We had a list, worked through it, and got the hell out of there – no browsing shelves, or going into clothing stores. All I want to do right now is have a haircut but I won’t, even though my last one was in May.

“It can be incredibly isolating, especially when you see, out your window, the rest of the world operating in a relatively normal fashion.

“But we have to be a lot tighter with this than the general public. We won’t let anyone in this house that’s not within these walls already.

“I’ve done a bloody good job of not having Covid so far. And I don’t want that to end any time soon.”

Kennedy-Sim said it was hard to “measure the impact that Covid has on my direct performance.”

“There are so many variables in my sport, but in terms of how I’m managing myself, and how I feel, I’m incredibly stressed, leading into what is already normally a very stressful period coming into an Olympics, with this other issue to consider.

“Along with the pressure of avoiding Covid, the financial stress on athletes is amplified this season. Let’s say, you get sick. You get left somewhere on your own. The team carries on and that comes at a cost. Nights in hotels, ordering take out – the cost increases.

Meanwhile, the result of Parker’s second PCR test were due Wednesday morning with the slalom later in the day.

“Katie has always understood this was a possibility,” Lipshut said.

“We are doing all we can to give her the opportunity to compete but there’s a process to go through – we are still hopeful.

“She is attempting to make her Olympic debut and she has earned her place on the team.”

Lipshut said that if Parker returned further positive results she would be unable to compete.

“It will be impossible for her to compete in the women’s slalom – that is the unfortunate reality.

“It is a risk she understood before travel.”

He said Parker may be forced into an isolation hotel as a result of the subsequent tests and the AOC would do its best to support her.

“Our focus is ensuring she is well looked after,” he said. “We will be keeping her and her support network fully informed.”

Based in Utah, Parker contracted the virus last month and hasn’t been able to train on the snow for the past two weeks.

Lipshut said the 23-year-old was concerned about her disrupted preparation, but was desperate to make her debut.

“That’s the only reason Katie is coming here – for that Olympic opportunity – because otherwise given the recent COVID infection and given the requirements here of testing she probably wouldn’t come,” he said.