Matildas legend Heather Garriock has joined Australian football’s immortals after being inducted into the Football Australia Hall of Fame.

Garriock, who grew up in Campbelltown and started her journey with the Leppington Lions Soccer Club in the Macarthur District, is one of Australia’s most decorated footballers.

Once dubbed a ‘wild child’ by former Matildas coach Steve Darby, Garriock went on to carve out a glittering domestic and international career that lasted the best part of two decades.

Darby was the first one to lead the tributes.

“I am delighted Heather has been inducted into the hall of fame,” he said. “I first saw her as a raw, wild young kid.

“Talented at NSW youth level, but was she going to make it? The answer was obviously yes. She matured into a fine player and evolved into a top coach.

“It shows football can be a great way to develop as a person. I am pleased she can continue to be a role model.” 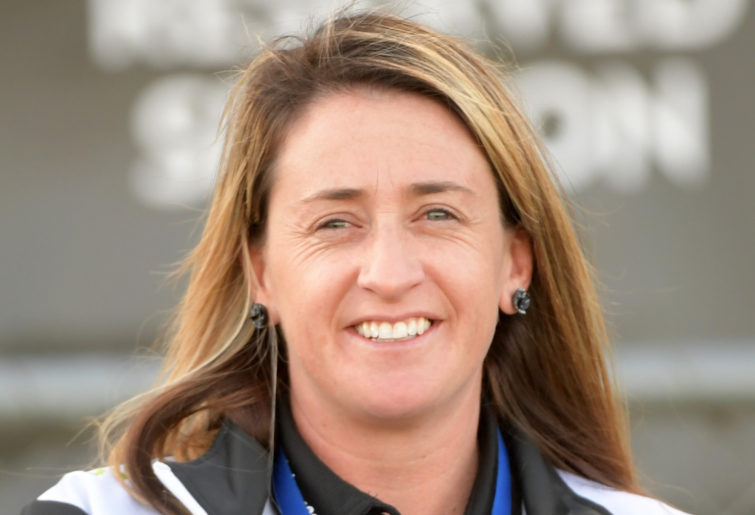 Garriock won no fewer than nine team trophies during her career, and in 2003 she won the prestigious Julie Dolan Medal.

The highlight of her career was undoubtedly being part of the 2010 Asian Cup triumph, in which she nailed a clutch penalty in the shootout against North Korea in the final, which Australia won 5-4 after it ended 1-1 after extra time.

Garriock was also part of the 2003 Matildas team that won the Oceania Women’s Championship, beating New Zealand 2-0 in the Final.

She played in Australia, Europe and America during her domestic career, winning seven titles.

After coming through the ranks at Marconi, Garriock played for NSW Sapphires and Queensland Sting in the now defunct Women’s National Soccer League, winning a championship with the Sapphires in 2000.

Her W-League career with Sydney FC and Western Sydney Wanderers saw her play 37 games, winning a championship with the Sky Blues in 2009 and a Premiers Plate in 2009 and 2010-11.

In Europe she won the Danish Cup with Fortuna Hjorring in 2007-08 before doing the league and cup double with FC Malmo in Sweden in 2011.

A remarkable playing career fed into a stint in coaching during which time she managed Sydney University in the NSW NPLW for four years before moving to Canberra United in the W-League for two seasons.

She has also worked in the media for ABC, Fox Sports and Optus. It was with Optus she became the first woman to be part of their men’s UEFA Champions League coverage last year.

Garriock’s sporting contribution goes beyond football. In 2020 she became the CEO of Australian Taekwondo, where she is now attempting to revolutionise taekwondo in much the same way she did football.

In fact late last year she contributed to the remarkable rescue of seven Afghanistani Olympic athletes, who managed to flee the Taliban and arrive safely into Australia.

Garriock still has her connections to the world game after being announced as a director on the Football Australia board last year, where she will undoubtedly continue her amazing contribution to the game she loves.

Another Matildas great, 2010 hall of fame inductee Joey Peters, was proud of her former teammate and welcomed her into the exclusive club.

“H is one of the most determined people I know and a worthy inductee,” said Peters, who played with Garriock for the best part of a decade. “She tells it how it is and gives her all to everything she does.

“We had a ‘lefty club’ back in the day – she was left full back and I was inside left midfielder. We loved combining and tactically being in sync.

“She had the biggest work rate in the game, was the fittest in the team, she’d blow everyone away in the old beep test.

“Off the field she was such great value to the team, loved living life to the fullest. She continues that today in all her wonderful contributions to sport and her family and friends.

Some nominees who missed out this year but will have their chance in future years included former Matildas Alicia Ferguson and Angela Iannotta as well as women’s football pioneering coach Joe O’Connor.