The Sydney Kings have broken through for their first away victory of the NBL season after withstanding a late charge from the undermanned South East Melbourne Phoenix to win 92-87 at John Cain Arena.

Despite COVID protocols leaving the Phoenix short-handed in the backcourt, the home side fought back from 11 points down on Thursday night to trail by three in the final minute with possession of the ball.

But a timely steal from Jarell Martin set the stage for reserve guard Angus Glover to nail the game-sealing three-pointer as Sydney moved up to fifth on the ladder with a 7-7 record.

Xavier Cooks stood tall in his match-up against Phoenix star Mitch Creek to finish with 23 points, including a series of key baskets in the final period to help the Kings claim a fourth win in their past five matches. 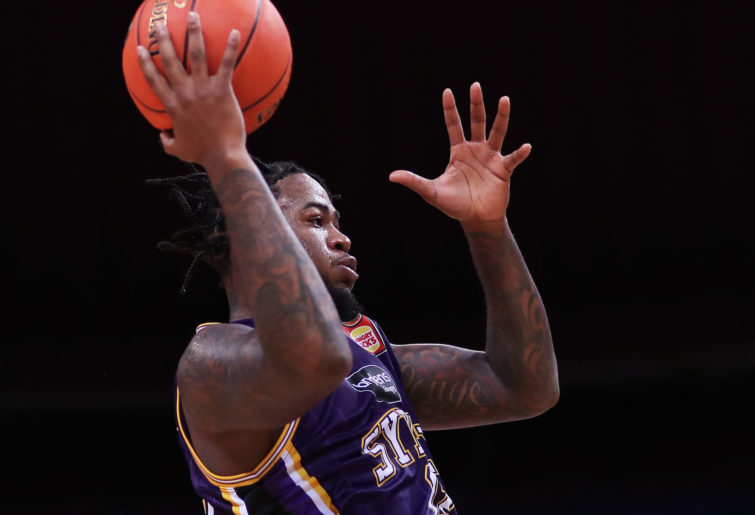 Cooks stepped up when it counted with 11 fourth-quarter points, including an emphatic dunk at the midway point to inspire the Kings to a match-winning lead and continue his standout season.

“I’ve run out of superlatives or words to describe X’s performances most of the time,” Kings coach Chase Buford said about the 26-year-old forward who ranks in the top five in the league for rebounds and blocks per game.

“He does so much for us on both sides, defensively and offensively, changes the game with his energy and playmaking – he’s a terrific player.”

The Kings threatened to run away with the contest after building a 29-22 advantage after one quarter then surging ahead by 11 in the second period.

The experience of Ryan Broekhoff (25 points) and Creek (23 points) helped the Phoenix draw level on multiple occasions and set up a thrilling finish with Sydney holding onto a two-point lead heading into the final stanza.

But after working hard to cover the absence of guards Xavier Munford, Kyle Adnam and Cam Gliddon, stand-in coach Judd Flavell felt his side missed an opportunity following a messy finish to the match.

“Some of that is probably certain personnel being played out of position and being in different spots but ultimately I felt we did enough in those first three quarters,” Flavell said after the loss.

“Just that fourth quarter … we will look back upon that and see it still within our hands, within our capabilities and I thought we let ourselves down a little bit.”

The result sees the Kings continue their dominance over the third-year Melbourne franchise with nine wins in the ten meetings since the Phoenix entered the competition.