The fourth and final instalment looks at some great West Indian players, most of whom would have been superstars in the ODI format.

I assumed when I started this series that it would be a snap to find 12 great West Indies players from past generations and that was the case, but it was tough to find another six to make a squad.

In particular, it was hard to find really good bowlers, which seems strange given the seemingly endless production line of top quality Caribbean quicks for three decades starting in the ‘70s.

Nevertheless, the players who make up the XII are outstanding and would certainly make life interesting for the other squads already chosen.

Conrad Hunte
For much of his career, Hunte had to curb his natural attacking instincts because he batted with 13 different partners over his Test career the decade he played Test cricket.

He’d be perfect in this format, able to adjust his style of play to suit the needs of the innings.

An outstanding batsman and a great cover fielder, he chased down the ball and returned a bullet throw form the boundary to run out Wally Grout in the tied Test.

He’d be as much an asset for his fielding as he would for his batting.

Learie Constantine
Baron Constantine was first and foremost a brilliant fielder, described by many good judges as the best of his era.

His second strength was his bowling, which Jack Hobbs once described as some of quickest he’d ever faced.

A fairly distant third, at least according to the numbers, came his batting but this is a case where numbers can be deceiving.

There’s one word that best describes Constantine’s batting – adventurous – and it’s his love of the unorthodox that would make Constantine a real challenge at the top of the order.

Players who bat like him don’t always come off, but when on-song, they can get the innings off to a tremendous start.

George Headley
What a player to have coming in at three, arguably the best batsman after Donald Bradman.

Headley averaged over 60 in Test cricket and over 69 in first-class cricket. Not only that, he could score runs quickly if needed or take his time and accumulate.

In other words, he was the perfect batsman to come in after the openers.

Everton Weekes
Sir Everton Weekes must have been another nightmare to bowl to. He hit the ball enormously hard and as Australia found out in 1955, he could flay any attack to all parts.

In that series, he played one innings of 139 in 210 minutes against Ray Lindwall, Keith Miller, Richie Benaud, Bill Johnston, Ian Johnson and Ron Archer.

He is another player perfectly suited to this format. 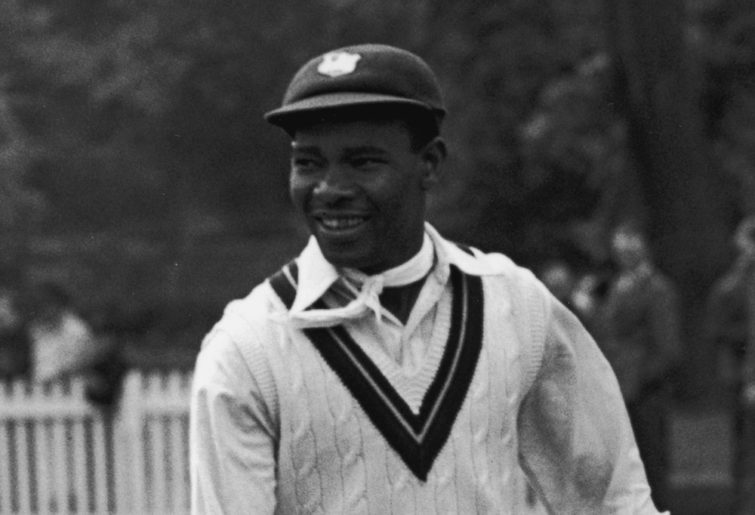 Clyde Walcott
Fans of West Indian cricket have friendly arguments about which of the three Ws was the best batsman. Sir Clyde Walcott has plenty of admirers for that title.

Walcott was a big, powerful man, capable of hitting with tremendous power.

As David Frith wrote: “Walcott was like Viv Richards, one of those power-packed batsmen that bowlers preferred not to bowl to on a hot afternoon”.

Walcott would be the back-up keeper in this team and a very handy slips fieldsman.

Where Walcott and Weekes could dominate an attack through power, Worrall could do so through timing and elegance.

Again, averages do not tell the story of his abilities. Worrall was every bit as good as the other two Ws.

Worrall is the obvious choice as captain and his underrated bowling would be handy in middle overs.

Collie Smith
Unfortunately, we’ll never know just how good Collie Smith could have been because he died in his prime at age 26.

He was a better-than-useful off spinner. Throw in his wonderful fielding and here’s yet another cricketer made for ODI cricket.

Gerry Alexander
The West Indies aren’t renowned for outstanding glovemen, but they have had some great keeper-batsmen and Alexander was probably the first of these.

Renowned as an attacking batsman, Alexander was outstanding with the bat in his last Test series. He made 484 runs, including a century and five scores over 50 in that wonderful ‘60-61 series against Australia.

Alexander would be a great option in the death overs of the innings.

Charlie Griffith
It never hurts in this format to have a serious fast bowler with a bit of aggro about him, just to give batsmen a bit of hurry up. Charlie Griffith could deliver aggro in spades.

A genuinely quick bowler, Griffith is famous for fracturing the skull of Nari Contractor, which brought an end to the Indian batsman’s career.

He also knew his rules, running out Ian Redpath in a Test at Adelaide in 1968, when Redpath went for a stroll down the pitch from the non-striker’s end.

He’d likely have a field day in the modern era with the way batsmen back up.

Wes Hall
Sir Wesley Winfield Hall is a name well known to Australians in particular but cricket fans around the world.

His description of the last over the tied Test is must-listen-to.

A truly outstanding fast bowler in his own right, Hall played the game with enormous energy, tons of enthusiasm and plenty of skill.

He’d be a serious handful on even the most placid pitches.

Both are genuine number 11s but as with the other teams, the quality of batting down to number eight is such that it would be rare for either to have to pad up.