While Australian fans of snow sports continue to bask in the happy glow of the four medals won by Aussie athletes in Beijing, one team lucky to even be in attendance continues to tarnish the event.

When a state sponsored and systematic Russian doping program was discovered in the aftermath of the 2014 Sochi Winter Games, world anti-doping authority WADA began the process of assessing the full extent of the corruption and considering appropriate punishments.

In addition to clear evidence of wide-scale doping of athletes, details of the attempts by Russian authorities to cover up such behaviour added weight to the case against them and by the time the final decision was handed down in late December 2019, many felt the proverbial book would be thrown at the world sporting powerhouse. It was not.

After appeal and a final ruling eventually handed down by the Court of Arbitration for Sport (CAS) some 12 months later, the Russian Olympic Team was banned from competing under their traditional flag, anthem and name at both the 2020 Tokyo summer games, as well as the current winter games in Beijing.

While that might initially sound harsh and heart-breaking for the hundreds of Russian athletes on the verge of achieving their sporting dreams and competing at the Olympic level, the caveat attached to the ban has subsequently seen many people express frustration around the potential effectiveness of the punishment and exactly what difference it has made at all.

Athletes and coaches disconnected from the crimes of 2014, as well as any efforts to divert the authorities’ attempts to discover the full extent of the subsequent follow-up, were permitted to compete in Tokyo and at the current games under the banner of Russian Olympic Committee (ROC).

The delayed summer games of 2021 saw the ROC team secure 20 gold medals, 28 silver and 23 bronze for a total of 71 and a fifth-place finish on the final medal tally. Currently, ROC lies ninth on the Beijing ladder with 26 total medals, five of them gold.

For context, in Sochi the Russian team won 30 total medals, a figure potentially to be surpassed in the coming days and one that brings into serious question whether CAS’s decision has made any tangible difference to Russia’s involvement in the games.

The same could be said of the 2020 Summer Olympics, where the 71 medals won by ROC athletes eclipsed its haul of just 56 from the 2016 edition in Rio de Janeiro.

It is odd that after an initial four-year ban was appealed and reduced to two and the official Russian team subsequently banished from Tokyo and Beijing, its rather dubious substitute in the form of ROC could actually return home with more total medals from both games. 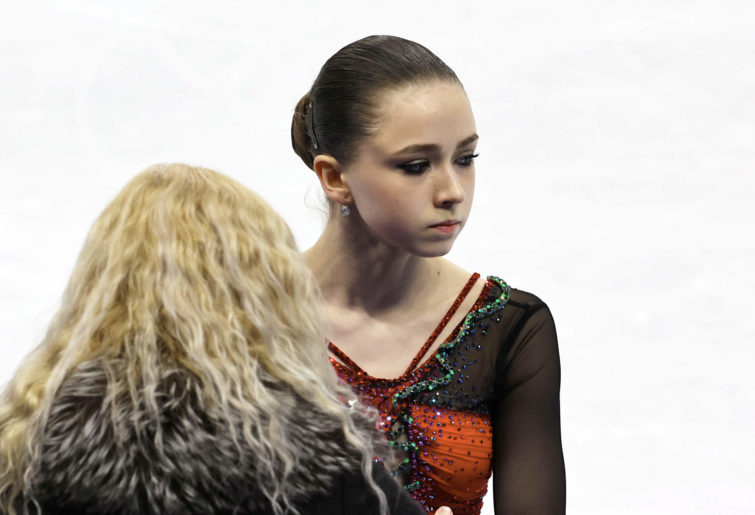 And the punishment dished out has achieved what, exactly?

Certainly little emotional justice for the hundreds of international athletes affected by the systematic doping undertaken and little more effect than actually fuelling continued murmurings in world sport, as people whisper their dissatisfaction and suspicions that the playing field may still yet to be level.

How would any logical person be expected to think any differently? In essence, a host of athletes and coaches have been jettisoned from Russian squads due to drug and deception offences and a new and hopefully clean group have come in and performed as well, if not better, in their places.

What ground the gears of many was the bold and arrogant statement made at the Opening Ceremony in Beijing, where ROC athletes entered the arena in clear breach of the conditions placed around their participation.

On the shoulder of each athlete was an obvious representation of the Russian flag, something clearly opposed to the terms required for their participation to comply with the punishment. While traditional colours were permitted on uniforms, flags were not and the design simply thumbed its nose at WADA, potentially celebrating the halving of the original ban that most anti-doping advocates spoke of in disappointed terms.

Subsequently, the furore around 15-year-old Russian figure skater Kamila Valieva has further inflamed debate around the legitimacy of the ROC team. After testing positive to a heart medication with potentially performance-enhancing qualities, Valieva has continued to skate, granted permission to compete while the world grows ever more suspicious.

The alleged presence of trimetazidine in the young athlete’s system has been explained away as an accidental ingestion via an elderly relative’s cup. However, the evidence of two other substances listed on a pre-Olympic anti-doping declaration form has experts suggesting that the combination is common in doping and almost certain to produce an advantage.

The entire eight-year Russian saga has generated distaste and distrust in global sport, yet no suggestion that Russian athletes have ever been the only ones competing with an unfair advantage should be concluded. Other competitors are cheating and will likely continue to do so.

However, Russia was caught red-handed and punished. It simply remains sad that the punishment appears to have had little impact at all, with ROC winning medals and people remaining as suspicious as they have ever been.