The stark image of the MCG’s Great Southern Stand shut for lack of interest during Friday night’s T20 international between Australia and Sri Lanka has sparked a debate over what’s to blame for the apparent apathy for the current series.

Cricket remains a robust draw – a million-plus fans have gone through the turnstiles in a summer where England were outclassed and New Zealand failed to front for their ODIs – but the T20 competition has proven a stinker when it comes to ticket sales.

On a night when Melbourne saw a relaxation of crowd restrictions that had been in place due to Covid, just 13,275 fans rolled up. Reporters at the ground placed the Sri Lankan fans amongst them of 75 percent – so less than 4000 supporters turned up to cheer the hosts.

There is no doubt, judging by social media at least, that the team has slipped in the eyes of many fans in recent weeks, with the fallout over Justin langer’s removal from the head coaching role.

Reports that Pat Cummins, David Warner, Mitchell Starc and Andrew McDonald met at a Hobart pub during the fifth Ashes Test to discuss their preference for Trevor Bayliss to take over – intriguingly whilst sat next to a table of English journalists – has only left more bitterness in the legion of JL supporters.

The turnout was the lowest attendance ever for a men’s T20 international at the MCG, and stars such as as Cummins, Starc, Warner, Josh Hazlewood and Mitchell Marsh were all absent.

Glenn Maxwell’s theory is that the numbers have been affected by Covid hesitancy, rather than a loss of appetite for the format.

“I did notice that when I came out for the warm-up, it was probably the first time for an international game I’ve seen that,” Maxwell said of the closure of the Great Southern Stand.

“You can understand why people are staying at home.

“We’ve had a pandemic going on for two full years now and people are still probably a bit wary of going out.

“With the end (of Covid) hopefully so close to being in sight, hopefully people can get the confidence to come out and enjoy a good show out there.” 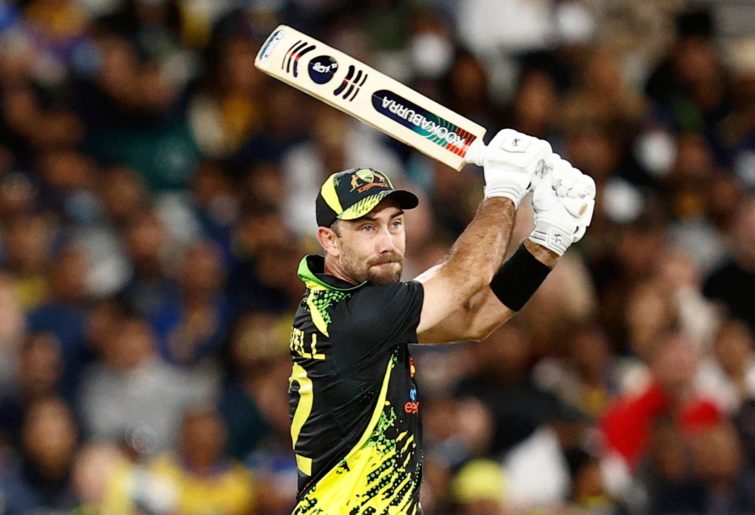 The loss of the NZ series may have caused a gap in the schedule too far to bridge for some fans. The Australian Open had clean air and with footy about to fire up, momentum in the international game was lost.

Then there’s the argument that T20 is more palatable as a franchise competition rather than an international contest, other than at World Cup time.

But the BBL was also in decline this season, with many, including some players concerned that the season was too long as attendances and TV ratings drifted lower.

This season the MCG experienced its lowest ever crowd for a BBL match for a double header of Stars v Strikers and Hurricanes v Thunder with just 5,802 attending.

A review is underway into how to best address the crowd issues in the BBL, and the competition’s general manager Alistair Dobson told SEN last month that Covid was a major factor at play.

“I think we’re all dealing with a new era if you like, in terms of understanding kids and families, who are the heartbeat of the BBL, and their willingness to go to big public events at the moment is a factor in that,” Dobson said.

“Equally having to shift some schedules around and some matches around at pretty short notice all have an impact.”

He added the league would listen to player views on the length of season.

“It’s clearly a topic of discussion every year, and I think this year probably feels as long as any season given what everyone’s had to go through, players being away from home and being under pretty strict protocols certainly makes it feel longer,” Dobson said.

“The reality is it’s a 46-day season, it’s certainly not as long as some other sporting leagues, but that said, each year it’s about trying to find the right mix of how long it is, how many nights we can play, working in and around the Test season.

“But we hear the commentary and discussion and we take that onboard.”

But there are many who believe the concept of T20 may have peaked in terms of fan sentiment, although the World Cup later this year will be a true test.

The T20 World Cup will be the big test. If there are no big crowds at the MCG then there never will be.

Seriously… around 15K crowd at the MCG for an international cricket match… and the commentators keep on saying how good the crowd is???
T20 is a dead duck unless it is taken more seriously!! The "fans"who are there for the lights and music are not real fans…

Five years ago yesterday a T20 match between a severely understrength Australia and Sri Lanka drew 42,511 to the MCG.

More people at Pies and Roos pre-season intra-clubs than at the MCG to see the T20 World Cup champions. Sad but hardly only sobering moment for Aussie cricket this summer #AUSvSL