Re-PETE: Samu locks in a new contract with Brumbies, Wallabies

Gun Wallabies back-rower Pete Samu has added an extra year to his Brumbies and Rugby Australia contract ahead of his side’s match against Fijian Drua on Saturday afternoon.

A veteran of 19 Tests, Samu is now locked in through 2023, meaning he’s positioned to be a key part of Australia’s World Cup tilt next year.

The 30-year-old said there was minimal temptation to leave the nation’s capital.

“Me and my family are really settled here, and the opportunity to stay another year – I didn’t think twice,” he told reporters.

“I’m stoked and grateful for the opportunity to stay another year. This club means a lot to me and my family.”

Wallabies coach Dave Rennie said he was thrilled the Samu deal was inked.

“His athleticism and speed are a point of difference across the backrow and we think his best footy lies ahead of him in the gold jersey,” he said.

It comes as the Brumbies approach their Super Rugby Pacific round-two clash against Fijian Drua knowing they need to improve on their first-round effort.

They struggled at the lineout, turned the ball over 19 times, spent almost the entire first half in defence and needed a miracle last-minute try to wrestle a 29-23 win against the Western Force, and captain Allan Alaalatoa stressed the importance of a better showing in round two.

“There were a lot of learnings from last week … we made too many mistakes and what we do know is if we do the same thing tomorrow they’ll probably capitalise on that.

“We need to improve a lot of areas … in defence and then mistakes.

“We turned over the ball too many times, that’s gonna happen but if it does we need to be better at reacting and moving onto the next job.”

The Fijians showed glimpses against the Waratahs in round one but eventually could not handle their pace, falling 40-10 in a one-sided affair.

Round one match-winner Lachie Lonergan and his brother Ryan join the Brumbies’ starting lineup, with the latter to start at scrumhalf with Wallaby Nic White shifted to the bench.

For Drua, Kaliopasi Uluilakepa will debut at prop as will Ratu Rotuisolia at lock, while Baden Kerr shifts from five eighth to fullback.

Turning the contest into a physical battle and not letting Drua get rolling and throw the ball around will be crucial, Alaalatoa said.

“We’ve got to dominate contact up front, that’s the biggest thing for us,” he said.

“We’ve watched two games from them, but we saw two different things.

“They’re so good in attack when you give them opportunity. We’ve got to be very precise with how we give them the ball and make sure our defence is a little bit better.”

Meanwhile, the Rebels have turned to Wallabies veteran Matt Toomua to steady their Super Rugby Pacific ship as they return to Melbourne for their first home game in 287 days. 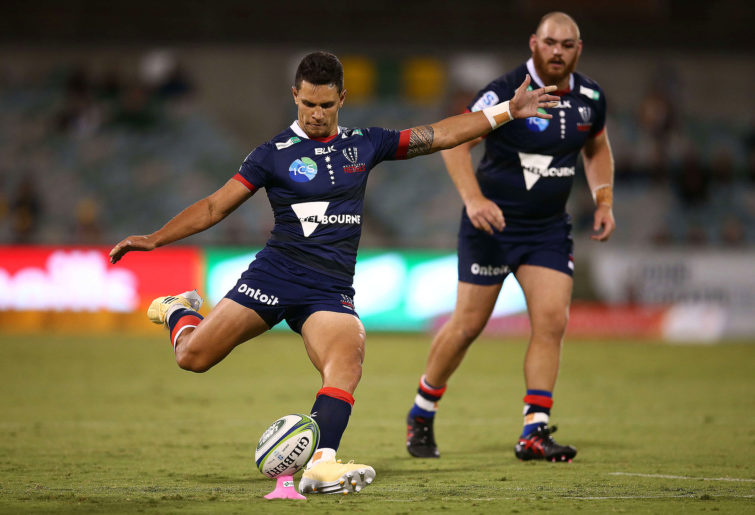 Toomua starts at five eighth with young playmaker Carter Gordon moved to the bench on Saturday night against Western Force after he produced a mixed bag in the heavy opening-round loss to Queensland.

Rather than a strict demotion, coach Kevin Foote said it was part of the learning process for 21-year-old Gordon, who is still finding his feet as a Super Rugby five eighth.

“Obviously, one of the things we didn’t do well on the weekend was game management and Pup (Toomua) brings a lot of experience in that space,” Foote said on Friday.

“It just gives a good voice for us on our attacking strategy and our game management.

“We want to make sure we look after Carter and playing him off the bench takes the pressure off … we’re making sure that he doesn’t feel like the world’s on his shoulders, we’re just taking our time with him.”

Skipper Michael Wells said the Rebels’ pride was “dented” by the 23-5 loss to the Reds and they were desperate to repay home fans who had only seen them play at home five times in almost two years.

The Rebels had a captain’s run at AAMI Park on Friday, but have otherwise only managed to get on the ground once this year for a team photo.

“We had the captain’s run out there today and a big part of that was familiarising guys with it,” Wells said.

“A few guys haven’t played there ever so it’s getting us used to the surroundings and taking the aura away from it.

The Force blew a rare chance to upset the Brumbies on home turf, going down 29-23, and Foote predicted they would be fired up.

“They’re going to feel heartbroken from last week – that was an awesome try they scored just before the hooter and then they didn’t manage to seal that out.

“They’ll come with a lot of confidence and good for them , let them come.”

Ray Nu’u will make his run-on debut at inside centre for the Rebels after catching the eye of recruiters in New Zealand’s NPC.

Foote said the 23-year-old was built for the role.

“Ray is a bulldozer – he’s very strong and purpose built for 12,” Foote said.

“He is no nonsense, but has actually got really good skills as well so I think he’ll also add another dimension with Toomua at 10-12 – that’s a very physical inside pairing.” 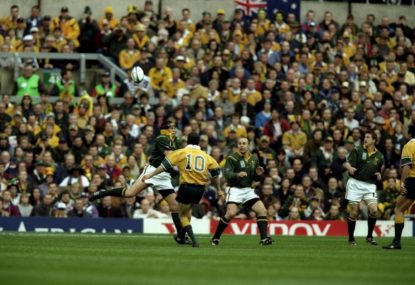 Just what does it take to win at Eden Park? Perhaps the Brumbies should ask James Slipper that question ahead of Saturday's Super Rugby… 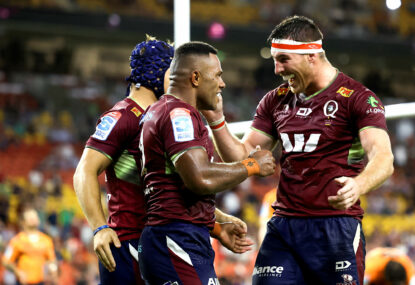